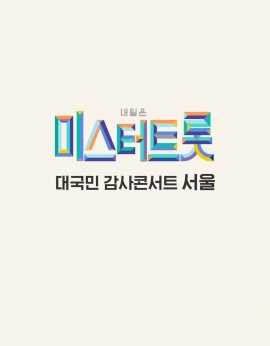 The “Mr. Trot” Seoul concert, featuring top contestants from TV Chosun’s record-breaking program, has been rescheduled to Aug. 7 to 23, after the local government relaxed regulations on large-scale concerts Friday.

The concert has been delayed four times due to the spread of COVID-19 and restrictions made by the Songpa-gu Office, which oversees Olympic Gymnastics Arena where the concert is scheduled to take place.

Show Play, the concert organizer, announced that the audience will be seated with two empty seats between each person instead of one in order to meet Songpa-gu Office's new regulations. The move reduces the total number of people in the audience in the 15,000-seat Olympic Gymnastics Arena yet again. The show was previously scheduled to have 5,200 people in attendance.

New tickets will be available only to people who hold tickets for the shows that were delayed and those with previous tickets who failed to get the new tickets will be unable to attend, despite having waited for five months.

In addition, concerts times have been rescheduled in order to minimize contact between members of the audience and to give enough time to sanitize the arena in between concerts. Singing along, eating and coming to the concert in large groups by chartered buses, among others, are forbidden, according to Show Play.

The Seoul concert will kick off a nationwide tour.