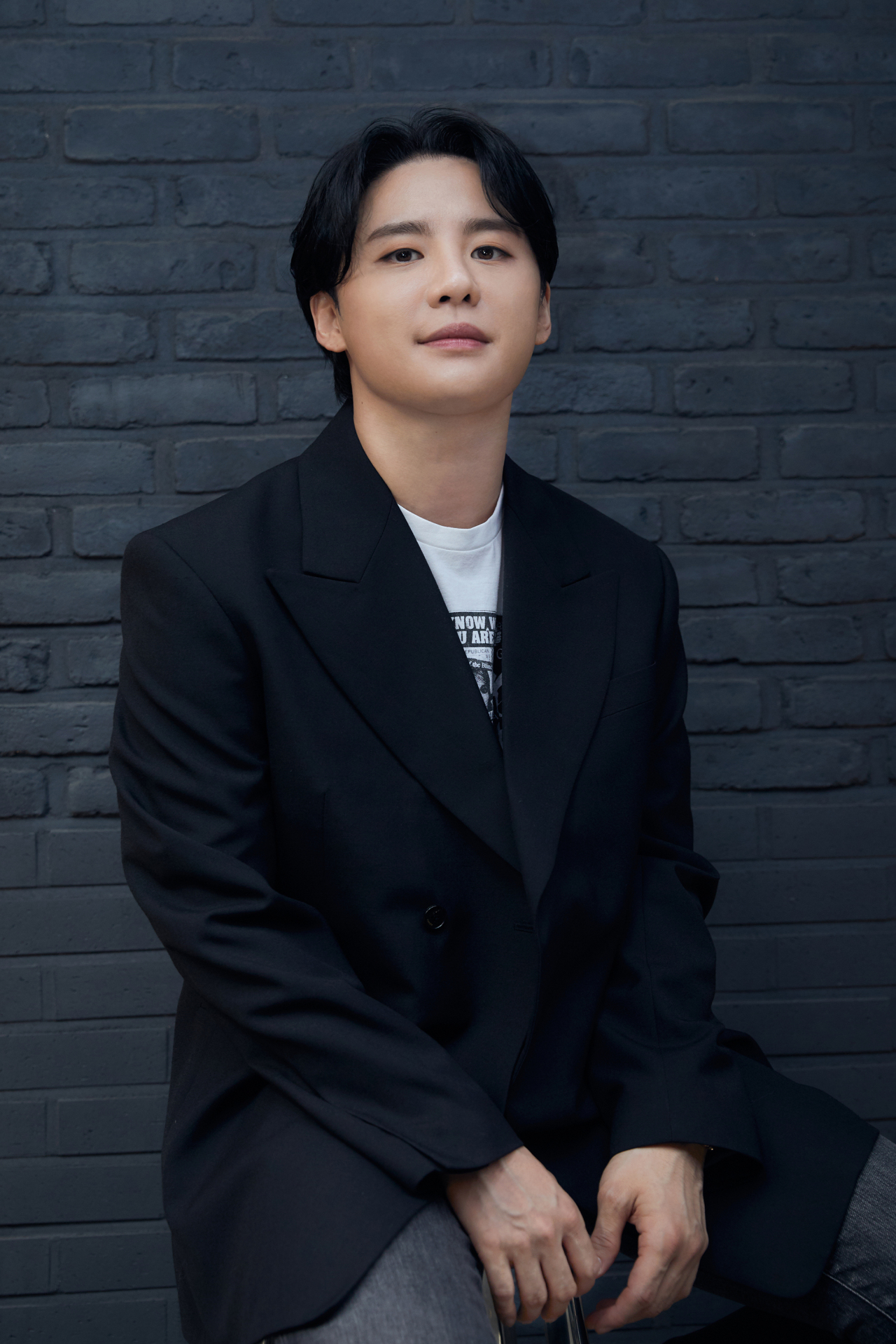 For stage actor Kim Jun-su, “Mozart!” is more than just another musical on his schedule.

Kim, a former member of the legendary K-pop act TVXQ, made his musical debut with “Mozart!” 10 years ago, after leaving the band over a legal dispute with his former agency.

“I still remember the moment before I went onstage 10 years ago. My heart was pounding and I could not stay still. I anxiously paced around the room,” Kim said during a press event held Thursday in central Seoul. “I was as nervous as I was when I debuted as a singer (in 2004).”

The legal battle in 2009 over “slave contracts” between S.M. Entertainment and three members of the successful boy band TVXQ was heated. Since their departure, neither Kim nor the two bandmates who left with him have appeared on major TV channels, the reasons for their absence never clearly stated.

“For about a year, whenever I turned the TV on, people were talking about me,” Kim recounted. “Regardless of the facts, it was too much for me. It was the first time I had regrets about being an entertainer.”

It was at this low point in Kim’s career that he was offered a role in the 2010 Korean premiere of “Mozart!,” a German-language musical created by the celebrated duo Michael Kunze and Sylvester Levay. Kim initially turned down the part, scared of returning to the stage.

“One day, I had nothing to do at home, so I read the script and I suddenly started to cry. I could truly sympathize with the Mozart character,” he said. “The number ‘Gold Falls From Heaven’ especially made me cry.”

“Gold Falls From Heaven” is a number sung by the baroness of Waldstatten, a patron of Mozart. The baroness persuades Mozart’s father to let his son pursue his dreams, instead of forcing Mozart to conform to his expectations.

“Reading the script, I thought my situation was similar to Mozart’s. Of course, Mozart is a genius and I am not, but both of us just wanted to make music and share it with others, but were faced with obstacles,” he said.

“I thought, I may fail this show, but I would deliver my story through the mouth of Mozart. I knew that I would be comforted by the musical and actually was encouraged a lot by it,” he said.

Since then, Kim has become a major figure in the Korean musical scene, taking on leading roles in popular musical productions such as “Elisabeth,” “Dracula” and “Excalibur.” Tickets for his shows are sold out the minute they are released. Even the coronavirus cannot stop fans from coming to his shows.

Over the years, Kim has often appeared in the Korean premieres of international musicals as well as in new musical productions.

“(After leaving the band) I thought I could never walk on the red carpet. But I went onstage, received awards through musicals. I would like to return the love that I have received to the Korean musical scene,” he said.

“It’s embarrassing to say this, but as I do have a quite strong fan base, I try to star in original musical productions at least once every two years in hopes that I can help the shows become more recognized.”

Kim had a rough beginning as a stage actor 10 years ago. He was met with hostility because people thought he was snapping up parts thanks to his K-pop star power. People accused him of destroying the “ecosystem” of the country’s rather small musical scene.

“Much has changed over the years now. Now, it is normal for K-pop act members to land musical roles. But things were different for me. I, of course, understood the reason why people had doubts about me, but the prejudice was not easy to handle. I am proud to see more K-pop act members pull off musical roles successfully,” the 33-year-old stage actor said.

“Over the last 10 years, the local musical scene has grown at least tenfold, I have heard. But I think there still is some room for improvement. I hope I can contribute,” Kim said, adding that he would like to direct or produce musicals in the future. “I hope to grow old with the audience.”