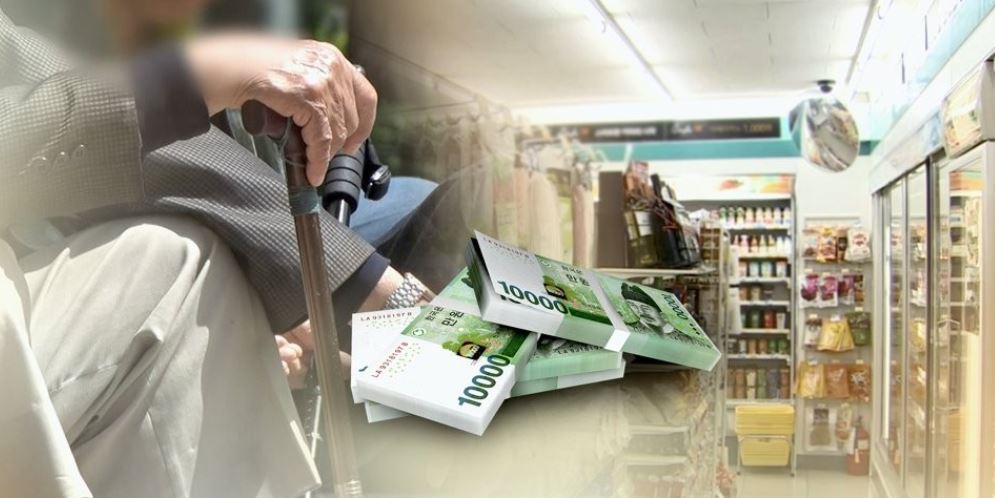 (Yonhap)
South Korea marked up its standard median income by some 2.68 percent on-year for 2021 as it moves to better provide for the socially disadvantaged who have been hard hit by the coronavirus outbreak, the welfare ministry said Friday.

Under the changes approved by the basic living review committee, the median income of a four-person household in the country has been set at just under 4.75 million won ($3,990), from 4.87 million won this year, the Ministry of Health and Welfare said.

Median income is a measure of income distribution that divides society into two equal halves, with the median falling exactly at the center. Seoul, like other countries, uses this marker as a means to provide support to those in the lower half, though the median differs by the size of a household, with benefits being given by the state, based on actual earnings.

The ministry said under the new guidelines, a four-person household earning less than 1.46 million won per month will be eligible for so-called livelihood benefits, so their income will reach the minimum level.

"For example, a household making just 460,000 won will get a million won, while those making nothing can apply to receive the full 1.46 million won," the ministry said.

It said a family making less than 1.95 million won per month can get housing support money to bolster their earnings, with those earning 2.19 million won and 2.43 million won, respectively qualified to get medical and education subsidies from the government that can ease their outlay burdens.

The ministry said the updated median income for next year is aimed at helping the disadvantaged and reflects the Korean New Deal plan that called for more balanced fair growth. It added that the change can benefit families that have been most affected by the COVID-19 pandemic.

Benefits, meanwhile, will differ by region, with other factors affecting allowances people may receive, the ministry said. (Yonhap)