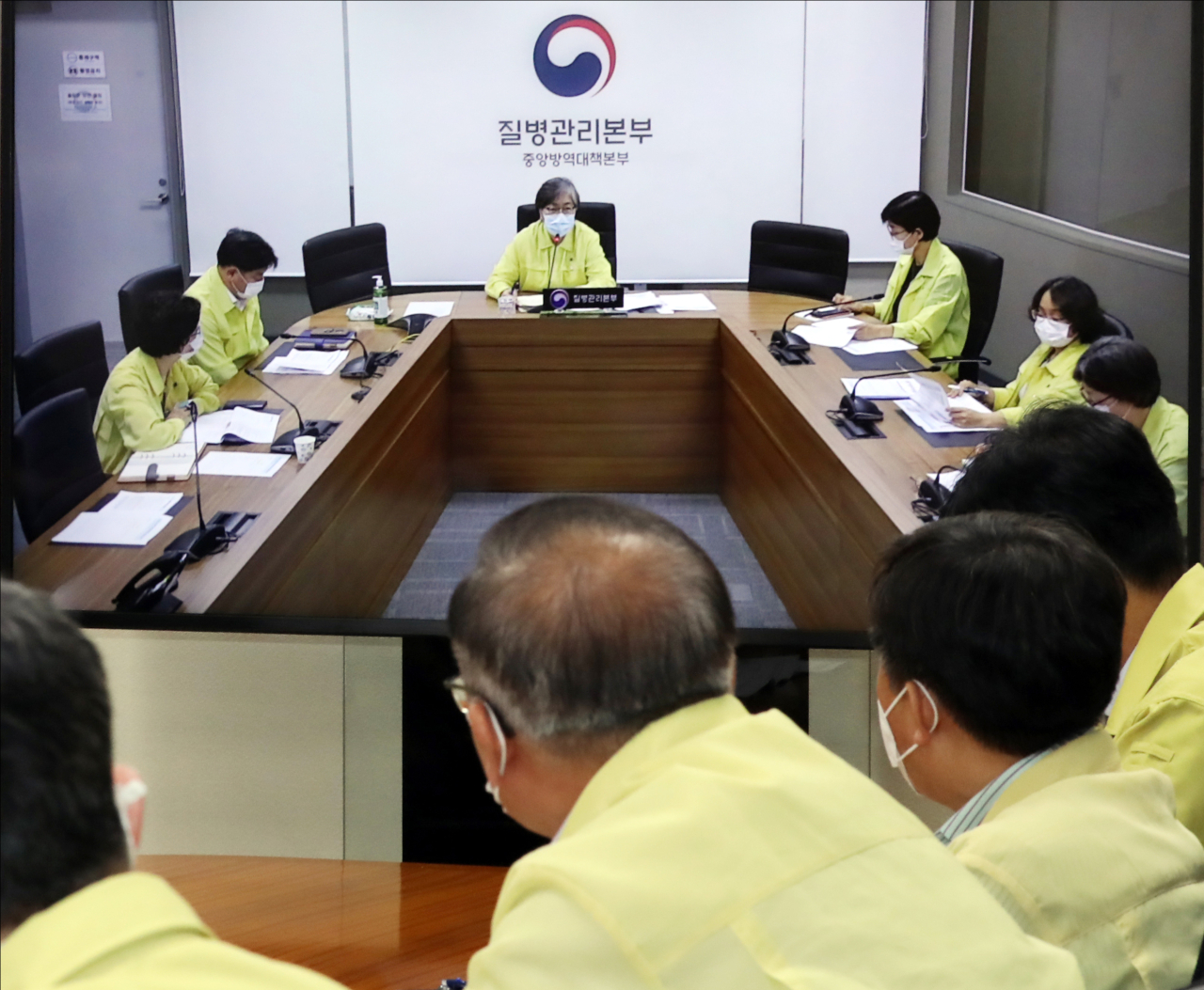 (Yonhap)
Authorities are concerned of a possible virus uptick in the summer vacation season after they saw a number of new COVID-19 cases traced to a group of people who went camping in Gangwon Province.

Six campers were confirmed to have the novel coronavirus Thursday after a group of 18 -- six families of three each -- went on a three-day camping trip to a site in Hongcheon, Gangwon Province, last weekend.

Kwon Jun-wook, deputy director of the Korea Centers for Disease Control and Prevention, warned in a press briefing Thursday that the outdoors is not 100 percent safe, if people do not follow anti-virus guidance as recommended.

“We cannot lower our guard against the virus even in the outdoors, including at beaches, mountains and camping sites,” Kwon said.

“Right at this point, Europe is contemplating closing its entire society again. We should not take this COVID-19 message lightly during the vacation season,” he added.

The authorities were conducting virus tests on the remaining 12 people who went on the camping trip together, while tracing contracts of those already diagnosed, officials said. It is possible for more confirmed cases to be recorded within the group, as they were found to have not kept their face masks on for some portion of time and had failed to keep safe distances among themselves.

The camping site infections are among a total of seven local transmissions reported Thursday.

Including those, the country added 18 new COVID-19 cases Thursday, with 11 of them imported, raising the accumulated total to 14,269. The death toll remained the same at 230, with the fatality rate standing at 2.1 percent.

Of the newly imported cases, four were from the Philippines, with three from Saudi Arabia and two from the United States. The total of imported cases reached 2,374.

Korea has been battling infections traced to Russian ships that have become a new source of cluster infections since last month. A total of 91 related cases have so far been recorded.

Starting Monday, sailors from Russia-departing ships will be required to prove they have tested negative for COVID-19. Those arriving from Bangladesh, Pakistan, Kazakhstan, Kyrgyzstan, the Philippines and Uzbekistan will also be required the same.

At the same time, at least 121 Korean nationals have been infected with the virus after being evacuated from Iraq. Korea brought hundreds of its workers home from virus-hit Iraq throughout this month and is planning to bring back another 70 workers Friday.

Meanwhile, the KCDC said there is a “very low” possibility that a North Korean defector was infected with the virus before making his escape back to the North. The disease authority will conduct diagnostic tests on eight more people who had come into contact with the defector.

North Korea has claimed the defector returned across the border on July 19 with suspected virus symptoms, but the South has emphasized that the defector never tested positive for the virus and there is no evidence he had come into contact with a confirmed patient.

The virus was not found on his 16 recovered belongings, but disease officials said they are watchful of the 14-day incubation period.