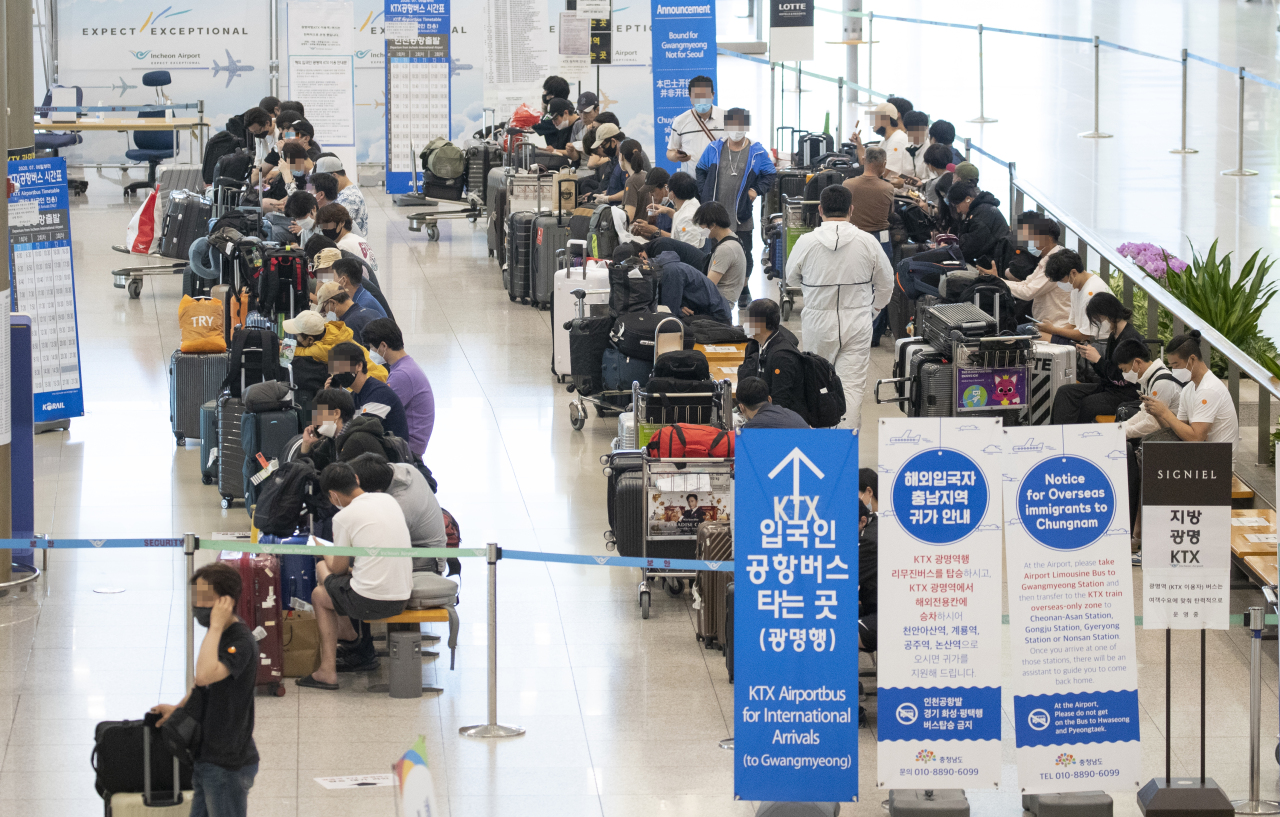 (Yonhap)
South Korea’s daily COVID-19 tally climbed past 60 on Thursday on the back of a rise in imported infections.

According to the Korea Centers for Disease Control and Prevention, 61 more patients were diagnosed in the 24 hours ending Wednesday at midnight, bringing the total to 13,612. Of the newly reported cases, 14 were locally transmitted and 47 imported.

The agency’s deputy chief Kwon Jun-wook said in a Thursday briefing that over half of all cases confirmed in the past two weeks were from overseas.

The latest coronavirus cluster concerns Korean nationals repatriated from Iraq, which counted 81,757 cases and 3,345 deaths according to the World Health Organization’s Wednesday tally.

Some 100 Korean workers dispatched to construction sites in the Middle Eastern country were brought home on chartered flights Wednesday after two died there with COVID-19 last month. At least 20 of them tested positive upon arrival, with more awaiting results.

During a regular closed-door briefing Thursday, senior health official Yoon Tae-ho said the ministries in charge were working to come up with measures to ensure the safety of Koreans abroad.

Two more people died Wednesday and another on Thursday morning. Thursday’s death will be included in the next day’s tally, and the death toll now stands at 291.

One of the dead was a nursing home resident in her 90s who became Gwangju’s first coronavirus fatality. Of the city’s 173 cases to date, 140 were confirmed after June 27, when a number of cases traced to a door-to-door sales company emerged. The police on Wednesday referred the cases of 20 company personnel to the prosecution over suspected violations of laws on infectious disease control.

So far, 57 patients with severe COVID-19 have been treated with remdesivir, an experimental antiviral drug believed to hasten recovery.