This summer, classical music festivals in Korea will run under changed plans 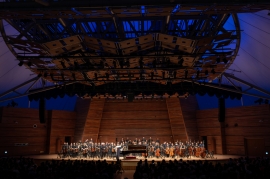 Though the COVID-19 pandemic is yet to be contained, summer music festivals in Korea are continuing their run under changed lineups and schedules.

The 17th Music in PyeongChang, a biannual classical music festival held across Gangwon Province by the Gangwon Arts & Culture Foundation, will run from July 22 to Aug. 8.

“Muss es sein? Es muss sein!” which translates to “Must it be? It must be!” -- an inscrutable note written by Beethoven in the manuscript of his final quartet String Quartet No. 16 – is the title of the summer festival.

The festival will open with the Chuncheon Philharmonic Orchestra playing Beethoven’s Symphony No. 9 in D minor, “Choral,” under the baton of Principal Conductor Lee Jong-jin.

Celebrated pianist Son Yeol-eum, art director of the music festival, expressed her anticipation for Beethoven’s Symphony No. 6 in F major, Op. 68, “Pastoral” which will be played by the PyeongChang Festival Orchestra on July 25 at Alpensia Music Tent.

“As Music in PyeongChang is a festival held in nature, I have been waiting for the day that the ‘Pastoral Symphony’ will be played at the festival. The symphony fits in with the festival which breaths together with the nature of Gangwon Province,” Son said in the footage released online by the organizers on July 7.

Another performance to look out for at the festival is the finale on Aug. 8. Son will play the piano for Beethoven’s Piano Concerto No. 4 in G major, Op. 58 with the PyeongChang Festival Orchestra.

Five of the nine main concerts are held at the outdoor stage Music Tent. Others will be held at the Alpensia Concert Hall. For COVID-19 safety reasons, the organizers will leave every other seat empty.

The festival numbered down on its outreach concerts to four this year, held across Gangwon Province.

“Beethoven is a composer who sang for peace and the love for mankind under the notion ‘we are one.’ I hope to share the spirit with everyone,” Son said in the footage. 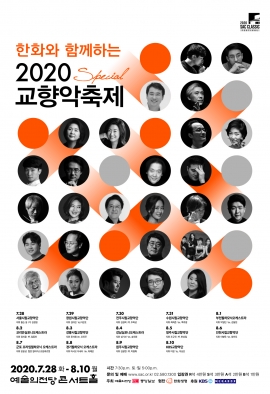 Shortly after the MPyC kicks off, the 2020 SAC Classic Festival will be held from July 28 to Aug. 10. Organized by the Seoul Arts Center, the festival was founded in 1989.

The festival was originally slated for a run in April, but it was postponed due to the virus crisis. The Daegu Philharmonic Orchestra, included in the original lineup, could not participate, so the SPO filled in, instead. The festival will leave every other seat empty at the concert hall for social distancing measures.

Wilson Ng, the associate conductor of the Seoul Philharmonic Orchestra who has won the third place at the 2020 Mahler Competition held earlier this month, is to open the festival with the SPO, presenting Schumann’s Symphony No. 2 in C major Op. 61 and Brahms’ Piano Concerto No. 1 in D minor, Op. 15.

Concerto performances are the highlights of the festival, including violinist Cho Jin-joo’s performance with the Gangneung Philharmonic Orchestra on Aug. 3. She will present Saint-Saens’ Violin Concerto No.3 in B minor, Op.61. Violinist Yang In-mo will join hands with the Incheon Philharmonic Orchestra on Aug. 6, presenting Barber’s Violin Concerto, Op.14.

Composer Lee Ji-soo’s “Ocean of Moon,” commissioned by the Wonju Philharmonic Orchestra, is set for its world premiere at the festival. 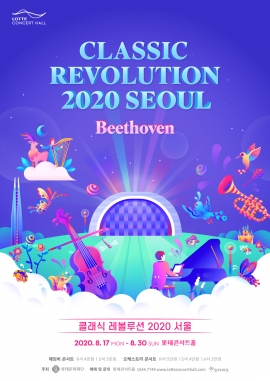 Another classic music festival to look out for this summer is Classic Revolution 2020 Beethoven organized by the Lotte Foundation for Arts. The foundation is launching the new festival this year, slated to run Aug. 17-30 at the Lotte Concert Hall.

The summer classic music festival -- like many others of its kind -- will highlight Beethoven this year.

Christoph Poppen, the principal conductor of the Cologne Chamber Orchestra, has been appointed as the artistic director of the music festival. As he is based in Germany, Poppen will enter Korea in August and undergo a two-week quarantine.

According to the art foundation, beer will be prepared at the concert hall lobby for reception and intermission, to bring out the summer festival atmosphere.