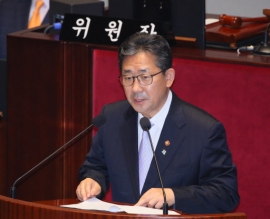 The Ministry of Culture, Sports and Tourism announced on Friday that the National Assembly passed a third extra budget of 346.9 billion won ($289.4 million) to support the cultural industry that has been suffering financially due to the spread of COVID-19.

The ministry added that the amount increased by 7 billion won from 339.9 billion won, the initial budget plan it had submitted on June 3.

The National Assembly has approved the Culture Ministry’s project plans for increasing jobs and providing discount coupons for visitors to cultural sites. It also passed the ministry’s project for the Korean version of a New Deal, which aims to boost state spending on artificial intelligence and fifth-generation telecommunications services.

On top of the budget plans that the Culture Ministry initially submitted, some additional budget is allocated also to support vocational training and create new jobs in the movie and broadcasting industries.

The Culture Ministry noted that it will spend 82.5 billion won for creating jobs in industries including art, tourism and movies and expects that a total of 13,028 people will benefit from this project. It also highlighted that out of 82.5 billion won, it will spend 1 billion won solely on vocational training for 600 workers in the movie industry. Also, 7 billion won is set to be injected for hiring professional workers to produce new media content.

A total of 71.6 billion won is set to be spent on providing discount coupons to visitors of different cultural sites including movie theaters, performing arts theaters, tourist destinations, museums, art galleries, accommodations and sports facilities. The government expects a total of 6.88 million to benefit from providing these coupons.

The Culture Ministry added that it will also make sure that projects proceed safely while following sanitary guidelines.

Meanwhile, the extra budget will also be used to promote Korean culture overseas as well. According to the Culture Ministry, 1.8 billion won is set to be spent for this purpose.