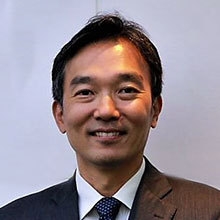 Countries all over the world have been rolling out large fiscal stimulus packages in response to the COVID-19 economic crisis. Some are using this as an opportunity to promote policies linked to environmentally sustainable growth, and build a greener, cleaner, and more resilient economy.

The European Union announced a COVID-19 recovery package that places climate change at the center of what is considered the largest green stimulus program in history. By recently announcing its own recovery plan, named the Green New Deal, Korea is also signaling its intention to take a path for greener and more sustainable development.

Discussion on green stimulus packages dates back to the global financial crisis in 2008, when countries sought new ways to promote economic recovery and job creation while also embracing an environmentally sustainable future. In 2008, Korea’s stimulus package had one of the largest green shares in the world, with significant amounts supporting energy efficiency in buildings, public transit systems such as railways, and water and waste management programs.

The recently announced Green New Deal in response to COVID-19 indicates that the Korean government is committed to staying the course. The details are still being worked out, but the government intends to use the stimulus package to invest in green cities and infrastructure and energy efficiency, support new green industries and businesses, and promote low-carbon and decentralized energy systems.

Green growth can require higher upfront investment costs. It can require moving away from carbon-intensive infrastructure. Complementary policy reforms are often needed to increase demand for clean energy options which are not yet cost-competitive compared to conventional energy sources. Such policy reforms are likely to have the greatest positive economic and environmental impacts in the long run, but they can be difficult to introduce because industries can argue that they are put at a competitive disadvantage.

But Korea’s Green New Deal can promote growth by making the economy resource-efficient, thereby reducing production costs and improving competitiveness. Better water and air quality can improve workers’ health conditions. Better management of climate and disaster risks can make the economy more resilient. The Green New Deal could help reduce environmental degradation that can be costly to the economy, and improve the poor air quality.

The Green New Deal can also promote new services, technologies, and jobs. It can support research and development and help expand markets that would allow for economies of scale and learning-by-doing. For example, Korea became a global leader in energy storage systems by investing in research and development and promoting the domestic market. Promoting such green technologies can create knowledge spillovers in the entire economy. Environmental initiatives for landscape and watershed management, ecosystem restoration, and sustainable management of forests can create jobs quickly, as well as enhance biodiversity and ecosystem services.

Through the Green New Deal, Korea has an opportunity to make the post-COVID-19 economic recovery a green one. If the recovery scheme is successful, the nation could play a leading role in supporting like-minded countries to cooperate, exchange policy ideas, and help each other.

The World Bank is committed to supporting Korea in its efforts to further sustainable development, including through the World Bank’s Korea Green Growth Trust Fund (KGGTF) and the World Bank Group Korea office’s dedicated green growth innovation. Through such partnerships, Korea can help forge a new path to a greener and more sustainable future that could be a model for others to follow.