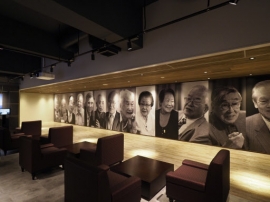 Kim Dong-gi, ambassador and permanent delegate of the Republic of Korea to UNESCO, criticized Japan on Thursday for not keeping its promise to honor the victims of wartime forced labor at its historic industrial sites, including Hashima Island.

“Japan is not living up to the pledge that it made and also is disregarding the authority of the World Heritage Committee,” Kim said during a press conference in Paris. Kim added that Japan’s actions were harming its national image.

Japan pledged in 2015 to honor the people who were forced to work in its undersea coal mines by displaying the information prominently at its Industrial Heritage Information Center. But the newly opened center reportedly does not provide sufficient information about the victims and the hardships they suffered.

Kim said the Permanent Delegation of the Republic of Korea to UNESCO was working to inform the 21 member states of the World Heritage Committee about Japan’s broken promise.

The Permanent Delegation of the Republic of Korea to UNESCO also added that these issues would be discussed officially during the World Heritage Committee meeting. The meeting, which was set to take place June 29 to July 9 in Fuzhou, China, has been postponed due to the danger of COVID-19. No new dates have been set.

Meanwhile, the Korean government is taking steps to pressure Japan to keep its pledge. On Monday, Foreign Minister Kang Kyung-wha sent a letter to UNESCO Director-General Audrey Azoulay asking her to consider removing Japanese industrial revolution sites from the World Heritage list because the country failed to deliver on its promise.

The Cultural Heritage Administration said Thursday that its head, Chung Jae-suk, had sent an official letter to the UNESCO World Heritage Centre in Paris on April 20 asking it to keep a close watch to see whether Japan kept its promise. In response, the center told the CHA it would evaluate the issue fairly and discuss the topic at the next World Heritage Committee meeting, CHA said.