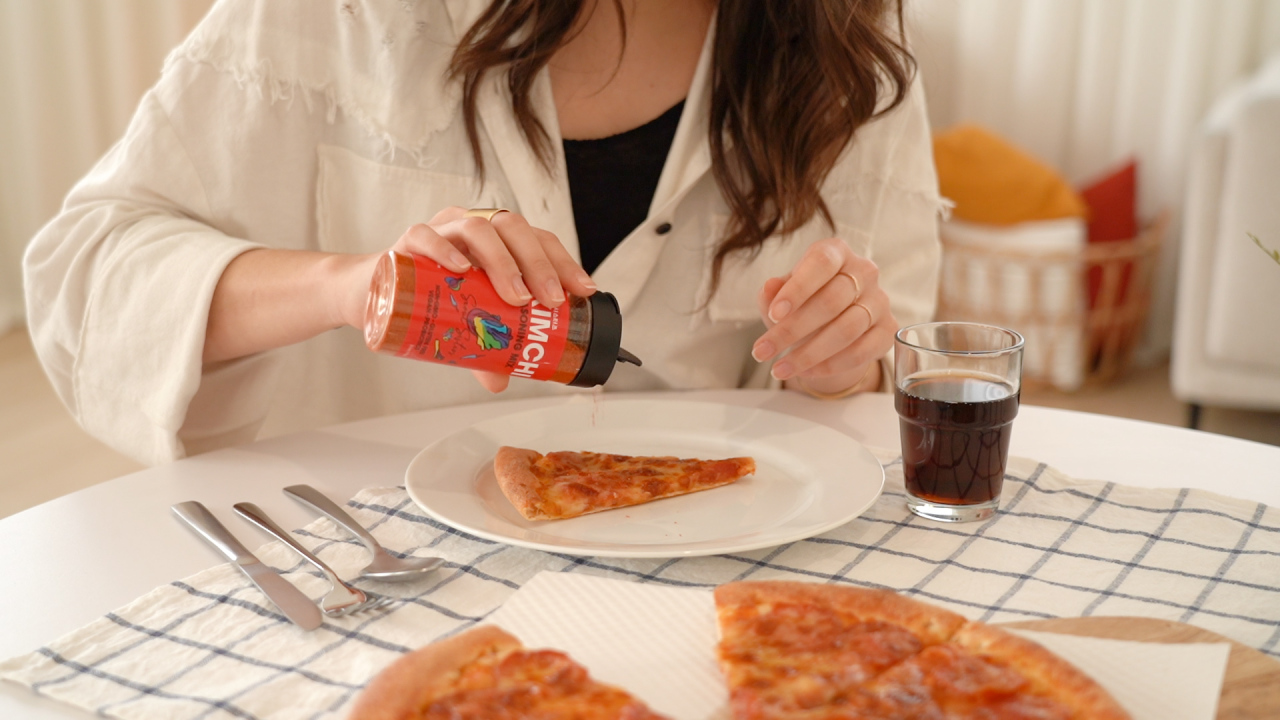 Kimchi seasoning mix is added to pizza. (Food Culture Lab)
While hot sauces like Tabasco and Sriracha have captured the international palate with a spicy kick, kimchi seasoning is likewise poised to earn its place in the culinary scene.

With kimchi being a staple of Korean cuisine, food entrepreneur An Tae-yang, better known as Sun An, hopes to entertain the global palate with kimchi-flavored sauces. An, the CEO of Food Culture Lab, launched a kimchi seasoning mix in 2019. 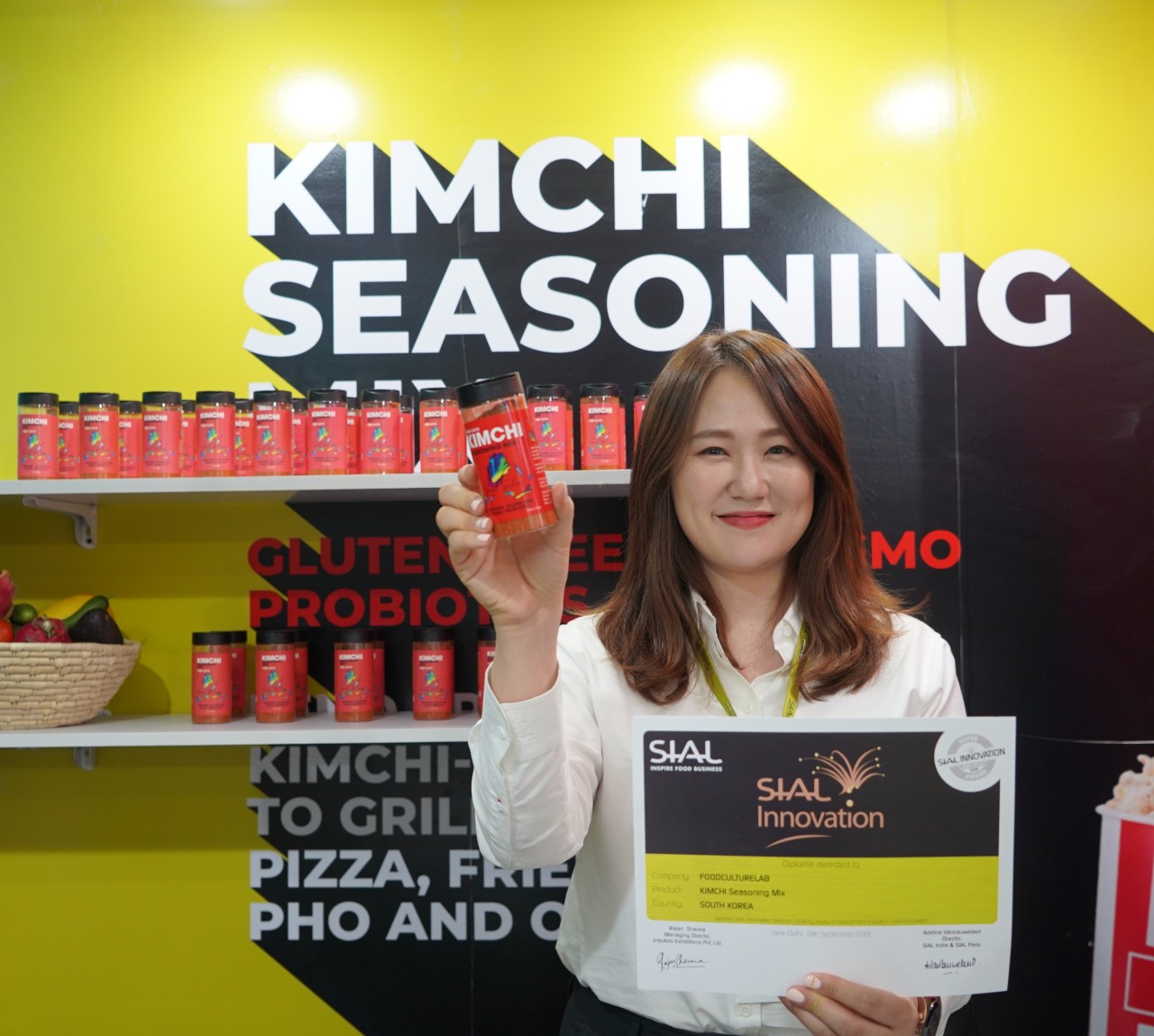 Sun An holds up her kimchi seasoning mix after winning an innovation award at a food expo in India in 2019. (Food Culture Lab)
An was the head of a Korean food franchise based in the Philippines, but she returned to South Korea to start the mix business. The first batch of the new kimchi seasoning hit the US market via e-commerce giant Amazon in April, and sold out within a few weeks.

“Kimchi seasoning contains all the beneficial properties of kimchi. Foreigners sought kimchi not because of K-drama or K-pop, but because of its health benefits,” An told The Korea Herald in an interview Friday in southern Seoul.

“Our seasoning, completely vegan, contains lactobacillus,” she said, referring to the healthy bacteria that aids digestion. “As going vegan is trending worldwide with people who think about (being) health-conscious, we wanted to make it vegan,”

Though there have been kimchi seasoning products before, An’s is the first to go vegan while also being free of genetically modified organisms and gluten. The mix captured the attention of those wanting more flavor while keeping their diets healthy.

Making the seasoning vegan was not easy. One of the main ingredients of kimchi is “jeotgal,” or pickled seafood. In order to make the kimchi seasoning vegan, An spent over a year researching ways to replicate the flavor of jeotgal.

The kimchi seasoning is much spicier than regular kimchi, making the flavor stand out when it is added to foods such as pizzas, tacos or hot dogs. At the same time, the taste differs slightly from traditional kimchi to better complement the food.

While An envisioned the powder being sprinkled on salad or fried chicken, to her surprise, pizza and hot dogs have been the most popular choices by far. The seasoning goes well with a wide range of food, with An’s favorites being jjajangmyeon, or Chinese-style noodles in black bean sauce, and lamb skewers. Some of An’s friends in Korea loved to put it on gopchang, or grilled intestines.

Kimchi seasoning mix is added to sushi. (Food Culture Lab)
“Some people mixed the seasoning with mayonnaise to make a dipping sauce which tastes excellent, and others even applied it to sushi!” said An.

An expected Koreans here to be uninterested in the seasoning, as kimchi is available in every household, but to her surprise she has gotten many requests to release it domestically.

“We are preparing to sell it in Korea because of growing demand from people who tasted our product abroad,” said An.

While the seasoning is available in the US, the Philippines and India, An plans to expand to markets in Europe and Indonesia soon.

Encouraged by the success of the mix, An plans to release a kimchi juice later in the year. The kimchi juice will be carbonated and taste similar to the broth from dongchimi, or radish water kimchi.