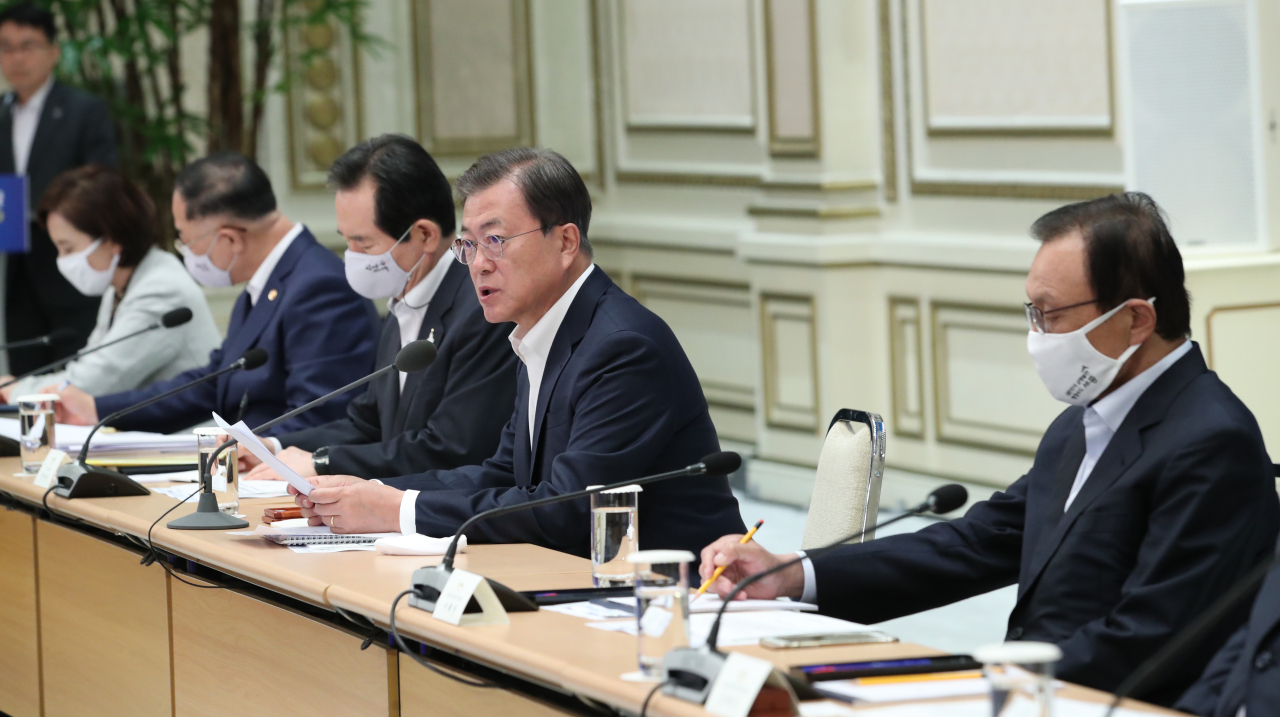 “State finance is the direct means through which policies are executed. (The government’s finance strategy) must contain the direction and goals that our society is moving toward, and must take the lead in addressing the difficulties of the people in this time of economic crisis,” Moon said, adding that the country’s financial strategy must change drastically to reflect the current economic climate.

Saying the global economy was in its worst state since the Great Depression, Moon added that the effects of the COVID-19 pandemic were spreading across sectors in Korea.

“When dowsing a fire, sufficient water must be sprayed in the early stages to quickly bring the fire under control and prevent greater damage,” Moon said, going on to cite the International Monetary Fund’s call for bold measures from national governments.

Moon called on the concerned officials to draw up the third supplementary budget bill quickly, saying the crisis was putting pressure on exports, employment and other areas of the economy.

At the meeting, Moon once again stressed his plans to introduce a “Korean New Deal,” saying this would lay the foundation for the Korean economy in the post-COVID-19 era.

While urging the financial authorities to bear concerns about fiscal stability in mind, Moon downplayed those concerns, saying the current situation demanded a longer-term strategy.

“In the current grievous crisis, a longer-term strategy cannot be avoided -- one (seeking) a virtuous cycle of the rapid and sufficient input of state finances, leading to increased growth and the recovery of financial stability,” Moon said. Such a strategy would prevent the long-term worsening of Korea’s ratio of gross domestic product to debt, he added.

According to Moon, Korea’s GDP-to-debt ratio will fall far short of the OECD average of 110 percent after the third supplementary budget is drawn up. Moon did, however, say the government must reduce unnecessary spending, adding that the situation before and after COVID-19 would be completely different.