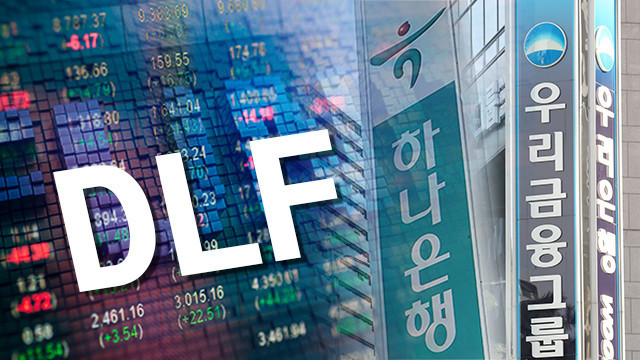 (Yonhap)
KEB Hana Bank and Woori Bank said Friday they have appealed the levying of penalties by state financial authorities on the lenders' improper sale of derivatives-linked products.

The two lenders have raised an objection to the Financial Services Commission (FSC), which imposed fines of 19.71 billion won ($16 million) on Woori Bank and 16.78 billion won on KEB Hana Bank on Jan. 30.

"We filed the objection to the financial authorities as we want the court to review this case," a KEB Hana Bank source said.

The so-called derivatives-linked fund (DLF) products were designed to return large profits when the interest rates of specific countries, including Britain and Germany, stayed above a certain level.

Many South Korean consumers have reported losses of up to or over 90 percent of their investments after interest rates or bond yields in the major economies plunged.

The banks are accused of misselling DLF products by failing to provide adequate information or explain the high risks involved to their consumers, with the FSC telling the heads of the two lenders in advance that they may face "serious" disciplinary actions.

The FSC recommended that the banks provide compensation for up to 80 percent of their customers' losses from the misselling of derivatives linked to overseas interest rates. (Yonhap)