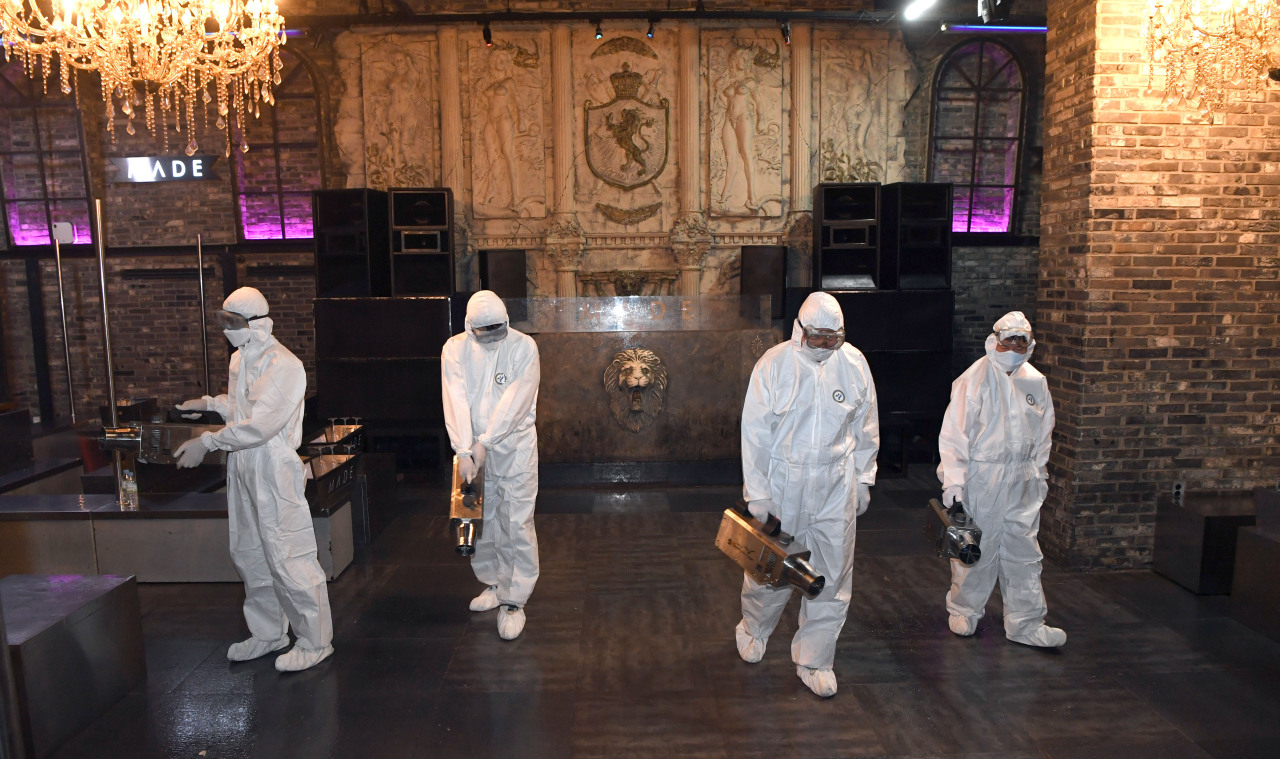 (Yonhap)
The COVID-19 epidemic spread four times faster in Korea after the mass infections in Itaewon nightclubs early this month, according to research by a medical expert.

The basic reproduction number (R) of the novel coronavirus, or the average number of people one infected person is expected to transmit the disease to, had dropped to 0.58 by May 1 thanks to extensive social distancing, but jumped to an average of 2.58 between May 2 and 12, according to an estimate by Ki Mo-ran, a professor of preventive medicine at the National Cancer Center.

If the R of an infectious disease is greater than 1, which means one infected person is infecting more than one other person, the outbreak is still growing.

Ki spoke about her study on how the coronavirus is expected to spread in a joint symposium hosted by the R&D Fund for Infectious Diseases Research and Center for Convergent Research of Emerging Virus Infection on Wednesday.

According to Ki, the average reproduction number in the country was highest between Feb. 18 when the first case of infection at the Shincheonji Church of Jesus in Daegu was reported, and Feb. 28.

The value of R between Feb. 29 and May 1 fell to 0.58 due to social distancing and other strong preventive measures.

COVID-19 cases linked to the Itaewon clubs have continued for over two weeks since the first case from the new infection cluster was confirmed on May 6.

A total of 207 cases linked to the Itaewon cluster, including 95 who were at the clubs and their 112 close contacts, have been confirmed as of Friday.

The first case from the Itaewon cluster visited five clubs on May 2.

Health authorities estimate that about 5,500 people visited those clubs between April 24 and May 6, and about 1,000 of them have not been tested as of last week.

Based on Ki’s calculation model, if everyone gets tested and all the infected persons are found, the daily number of new cases two weeks later will be less than a third of the number if only half of them are found.

Ki said Korea would be able to go back to the situation before the Itaewon mass infections in July.

“Assuming the government’s disease control measures had an effect from May 12, the daily number of new cases is projected to drop below 10 on June 4,” Ki said.

“If the effect of the measures had kicked in a week later on May 19, the daily number of new cases would have fallen below 10 on June 29.”