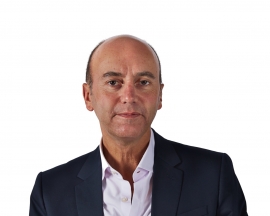 British grocery e-commerce service provider Ocado Solutions is in talks with major grocery retailers in South Korea to present its advanced automation system, according to its chief executive.

Recognizing how Korea has well-developed online consumer habits, it is an exciting market to introduce the Ocado Smart Platform specialized in grocery business, CEO Luke Jensen told The Korea Herald in an exclusive interview.

“We are discussing with various players in the (Korean) market, to determine who to work with and develop the right partnerships,” Jensen said in a video call on Tuesday.

Showing rapid growth in the recent years, Ocado is often compared to leading retailer Tesco in the UK and to US’ Amazon, particularly in terms of its technological advancements in the retail field.

With its focus on cutting supply chain costs, the company has over the past decades developed an automated end-to-end supply chain that reduces both costs and time to a groundbreaking level, he explained.

Inside Ocado’s automated warehouses, only box-shaped robots move around on a grid-like structure to sort out and move groceries. Jensen explained that it takes only six minutes to pick up an order of 50 items.

The company touts its predictive product chain algorithm, to reach the lowest possible level of product waste. It has wastage of 0.4 percent of sales, compared to the typical wastage of around 2.5 percent to 3 percent in the industry.

Armed with its technology, the company split its technology arm to establish Ocado Solutions in 2017, and since then has been moving aggressively to expand its tech business into the global retail scene.

Ocado Solutions has partnerships with Krogers in the US, Sobeys in Canada, Coles Group in Australia, Groupe Casino in France, among others.

The company tapped the Asian market last year, striking a deal with Aeon of Japan to build robotic warehouses for online grocery sales.

It is now eyeing to enter South Korea, which Jensen described as having similarities with that of the UK as an “early adopter” of online groceries.

“It is a market that also faces the same challenges as elsewhere, in terms of, how do you actually make grocery sales online profitable and sustainable,” Jensen said.

“We believe that Korean retailers are doing many things very well, but we also believe that we can bring more advantages and further efficiencies to some of their processes.”

While the CEO did not reveal the companies being considered for partnerships as talks are still ongoing, he said he has visited Korea and dispatched his team to survey some of the warehouses to seek potential partners.

Jensen said Ocado Solutions is open to an exclusive contract with retailers.

“(Following requests from partners) the way we approached was that if you are ambitious enough, and want to grow and invest in your online business to be the winner in your market, then we can go exclusive with you,” Jensen said.

Ocado has exclusive partnerships with retailers in the US, Australia and Canada.