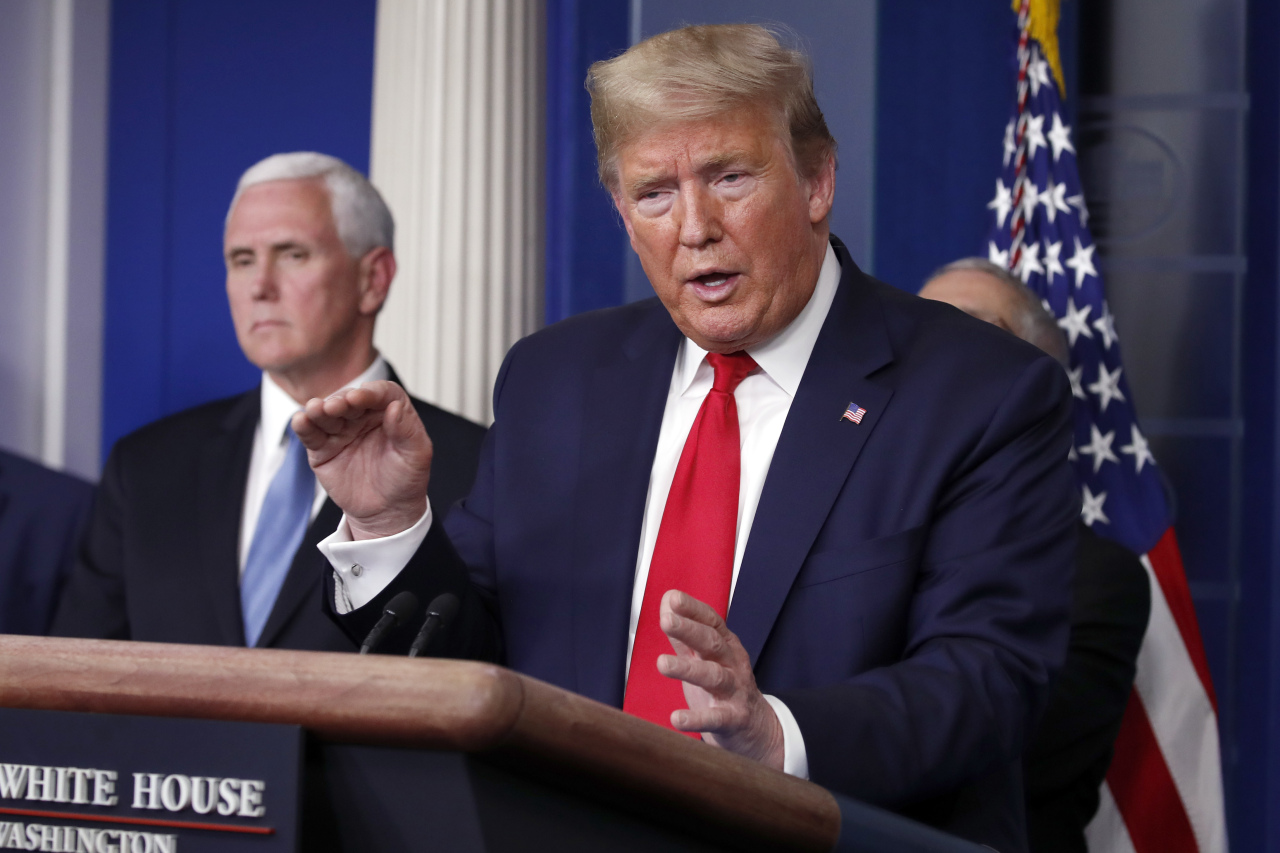 During a daily White House press briefing on the coronavirus, Trump also said he has a great relationship with South Korean President Moon Jae-in but insisted the US is doing a better job than South Korea by doing more coronavirus testing.

Trump has boasted since Tuesday that the US has tested more people in eight days than South Korea did in eight weeks, but the claim was later proven to be incorrect and also diminished by the large difference in populations.

Trump has been accused of bungling his administration's initial response to the pandemic, such as by failing to provide enough test kits for the virus.

In a phone call with President Moon Jae-in on Tuesday, Trump asked for South Korea's assistance with medical equipment, according to Moon's office, Cheong Wa Dae.

Trump and the White House have made no mention of such a request.

Earlier Thursday, Moon and Trump participated in a virtual meeting of leaders from the Group of 20 major economies to discuss their response to the pandemic.

At the press briefing, Trump named each leader by name.

"President Moon of, as you know, a country that we spend a lot of time in, South Korea," he said. "We're working very hard on that." (Yonhap)