The production team booked New York’s Grand Central Terminal, one of the busiest transit hubs anyway. The station was shut down to keep filming top-secret. And a crew of 180 people moved with extra scrutiny to pull off the landmark show solely dedicated to BTS.

For the five-minute spectacle, the whole arrangement took more than two months. The heavily financed show was the biggest collaboration project between BTS and a US TV show to date, and was a testament to how K-pop is being embraced in the world’s largest pop market today. 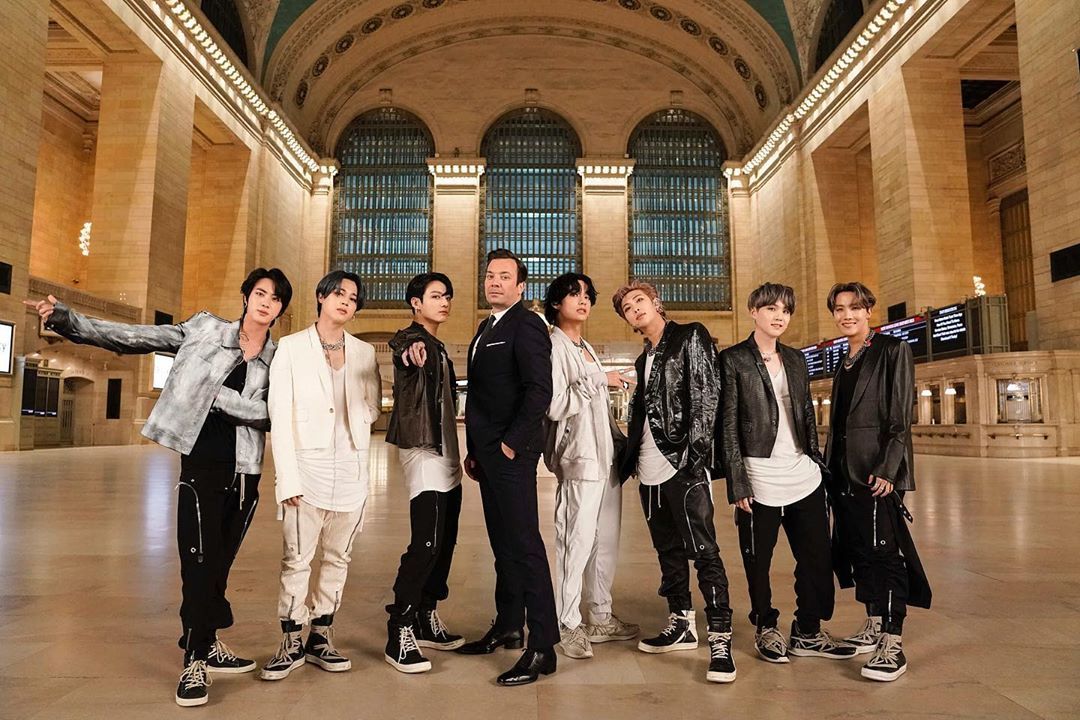 Now it is easy to spot K-pop acts appearing in high-profile US TV shows like “The Ellen DeGeneres Show,” “Good Morning America” and “Jimmy Kimmel Live!” But it wasn’t until BTS paved the way that the whole scope of K-pop began to change in the US.

BTS started US promotions in 2017 by teaming up with Sony Music-owned distributor The Orchard. The group was already gaining a huge following via social media, but TV shows were the perfect stage to appeal to a wider audience with diverse demographics.

“In the past, it was difficult for a K-pop band to appear in a US TV show. Even when a deal was made, the broadcast took the helm. But after BTS’ huge success, the table has been turned,” William Koo, an official from The Orchard, told The Korea Herald.

Their stylish and powerful performances, accompanied by massive chanting and sing-alongs, truly impressed local promoters and casting directors who were gauging the marketability of BTS and other K-pop artists. 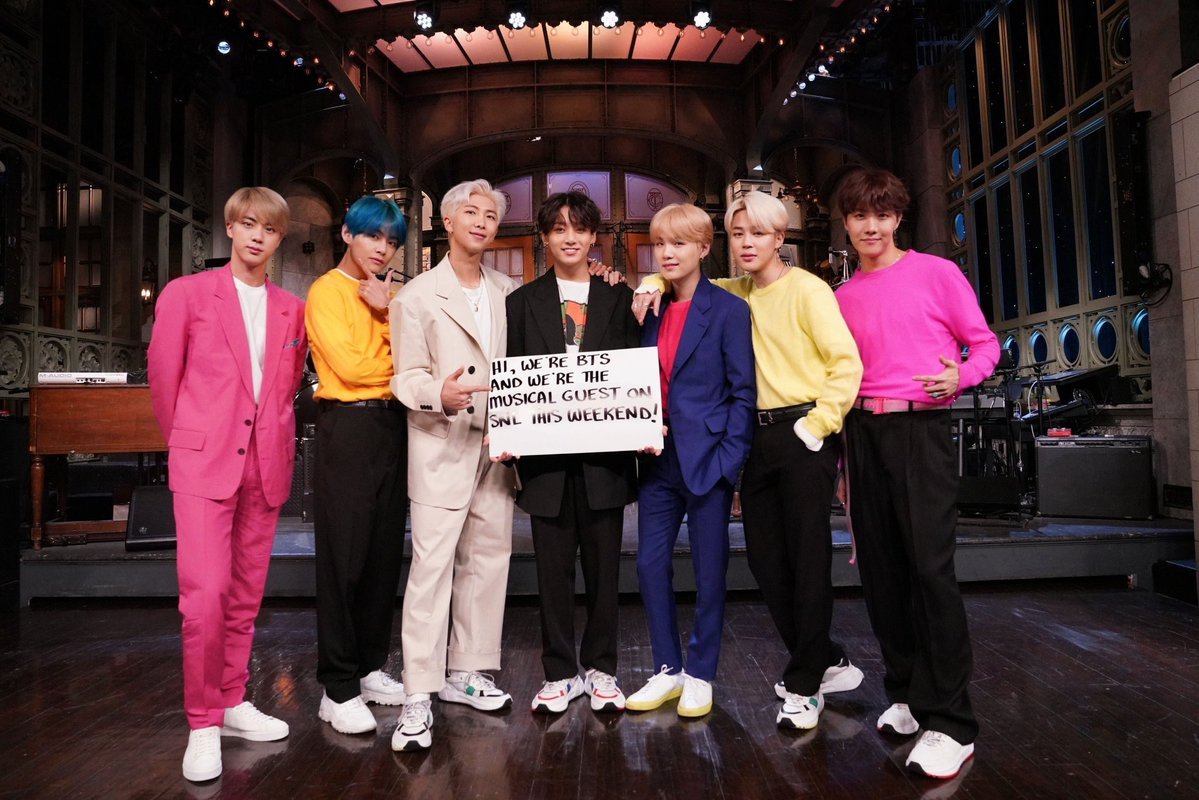 (SNL)
Over the years, BTS has become a regular fixture on talk shows in the states. The act became the first K-pop group to perform on the iconic “Dick Clark’s New Year’s Rockin’ Eve” in 2017. In April last year they appeared as musical guests on the highly coveted “Saturday Night Live,” a live stage known to be notoriously difficult even for local pop stars.

Their promotion for its latest “Map of the Soul: 7” album was fully packed with filming engagements in the US as well. On the day of the album release on Feb. 21, BTS appeared on two TV shows: “Today” and “MTV Fresh Out.” Just a day after appearing on the BTS-exclusive “The Tonight Show” episode on Feb. 24, the group made its debut appearance on James Corden’s “Carpool Karaoke” series.

“BTS created the kind of demand and acceptance for K-pop in the US broadcasts. Now they keep asking us, ‘Who is next BTS?’ ‘Is there any female-version of BTS?’” Koo added.

Having inked a deal with Sony Music’s Epic Records, Monsta X made headlines on “The Kelly Clarkson Show.” Itzy, a rookie group under JYP Entertainment, became the first female K-pop act to appear on “Good Day New York,” while Stray Kids, another JYP rookie group, also debuted on shows like “Live with Kelly and Ryan.”

“The so-called ‘K-pop quota’ is now diminishing,” said an industry source on condition of anonymity. According to the source, US TV shows had limited space for K-pop acts amid a surge in their appearances.

“But the quota isn’t effective anymore. Casting directors are competing to attract popular acts into their shows. K-pop is becoming mainstream.”

NBC’s “Today,” for instance, recently invited two K-pop acts two days in a row. Monsta X performed its English single “You Can’t Hold My Heart” on the show on Feb. 20 and on the next day BTS appeared in a live interview at the show’s plaza to promote the new album.

“K-pop agencies, equipped with partnership with US publishers, are increasingly becoming more vocal in working with US broadcasts. US production teams also have better understanding of K-pop’s rather strict system,” the source said. 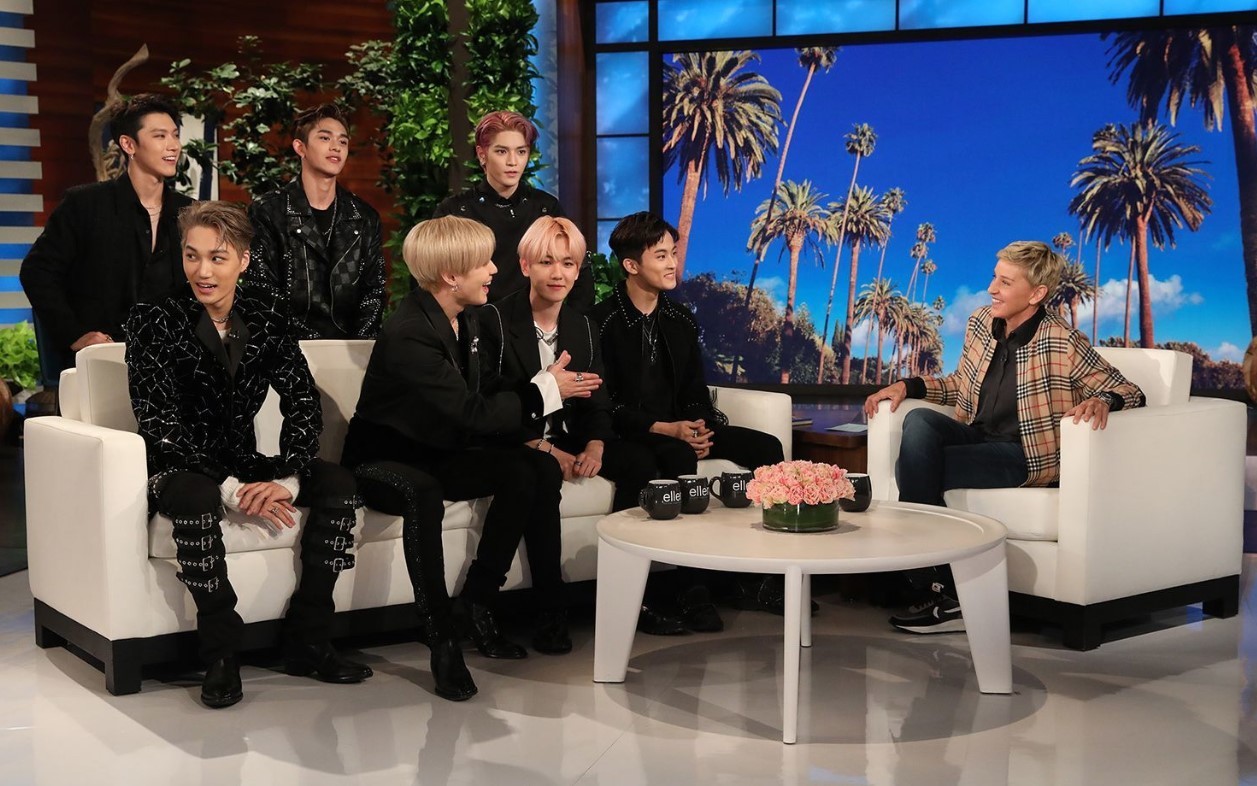 Despite their frequent appearances, there are still language and cultural barriers for K-pop stars to make inroads into the US market.

US talk shows have to entertain viewers within a limited time, while K-pop agencies try to control sensitive questions. So the hosts usually ask simple, fun questions without translators.

“Since there are many members in a group and many of them are non-English speakers, it is hard for the hosts to throw in-depth questions. They don’t have much time for that,” said Lee Gyu-tag, a professor of arts and science at George Mason University Korea.

In many cases, there are one or two English-speaking members who answer the questions, with other members given fewer opportunities to showcase their own charm.

But Lee stressed that K-pop artists should take full advantage of the hard-earned opportunities because promoting their names during the shows -- even for a short period of time -- would greatly help them appeal to the general audience in the market.

“What’s as important as better English is showing their own characteristics, so that US audiences can see them as distinct musicians, not as another K-pop idol,” Lee added.