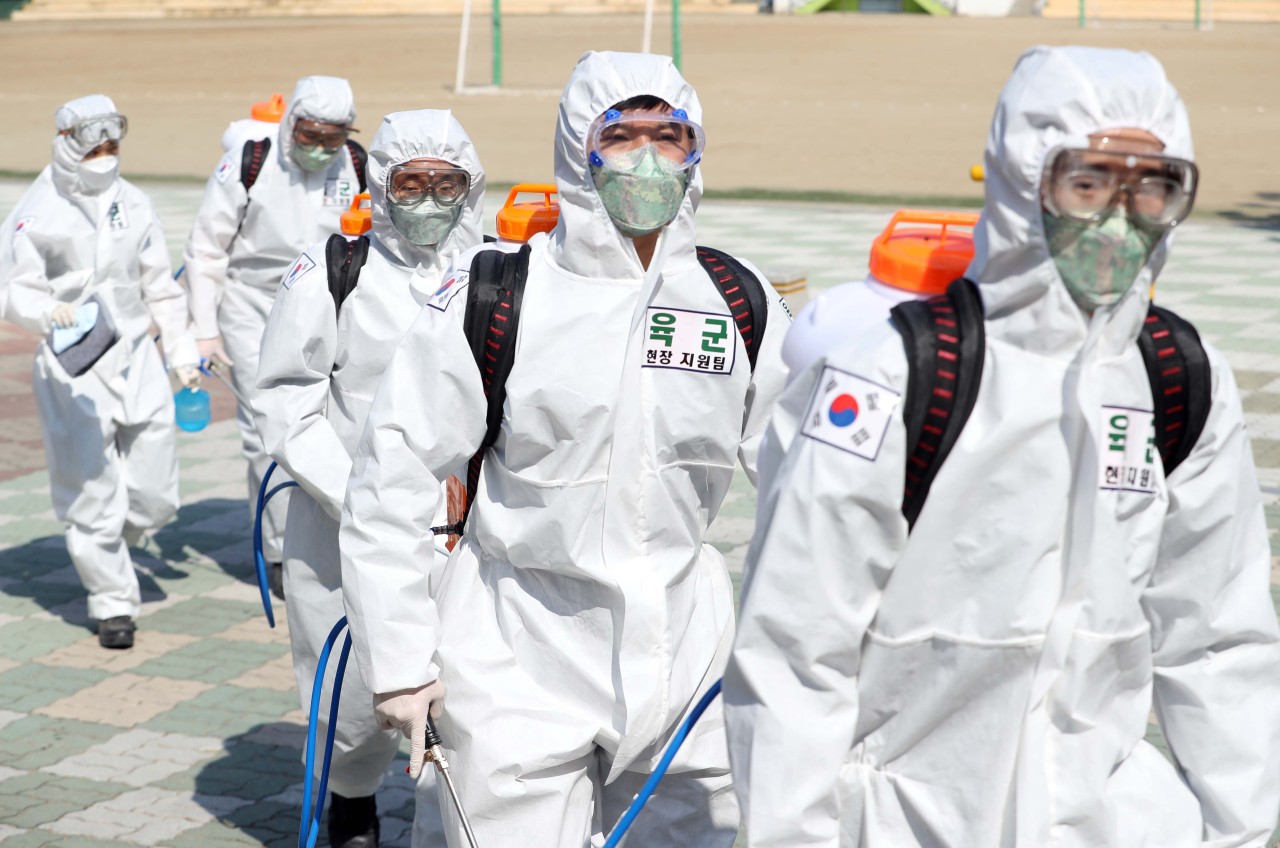 (Yonhap)
The military reported no additional cases of the new coronavirus Thursday, with the total number of infections standing at 39, the defense ministry said.

Thirty-four COVID-19 patients are active-duty service members, and the remaining five are civilians working for the military, the ministry said. It added that 21 were in the Army, 14 in the Air Force, two in the Marine Corps and one each in the Navy and a unit under the direct control of the ministry.

Of the total, 26 have fully recovered from the virus, according to the ministry.

As a preventive measure, around 1,710 service members are being quarantined at their bases. Among them, about 180 have either shown symptoms or had direct contact with infected patients. The remainder recently visited the southeastern city of Daegu, the surrounding North Gyeongsang Province or virus-hit foreign nations, including China.

South Korea reported 104 new cases of the new virus Thursday, bringing the nation's total number of infections to 9,241, including 131 deaths, according to the Korea Centers for Disease Control and Prevention (KCDC).

Some 3,164 service personnel and ministry officials, including 453 military medical staff, have been mobilized to support pan-governmental anti-virus efforts, such as quarantining and disinfection work, according to the ministry.

To share its know-how on dealing with the pandemic, the ministry sent a document to the diplomatic missions of four countries, detailing what the military and government have done to cope with the virus.

Military attaches of the countries in Latin America, Asia and Middle East had asked for such materials, a ministry official said, adding that the document will also be distributed soon to the Seoul military offices of around 39 countries with personnel stationed here. (Yonhap)