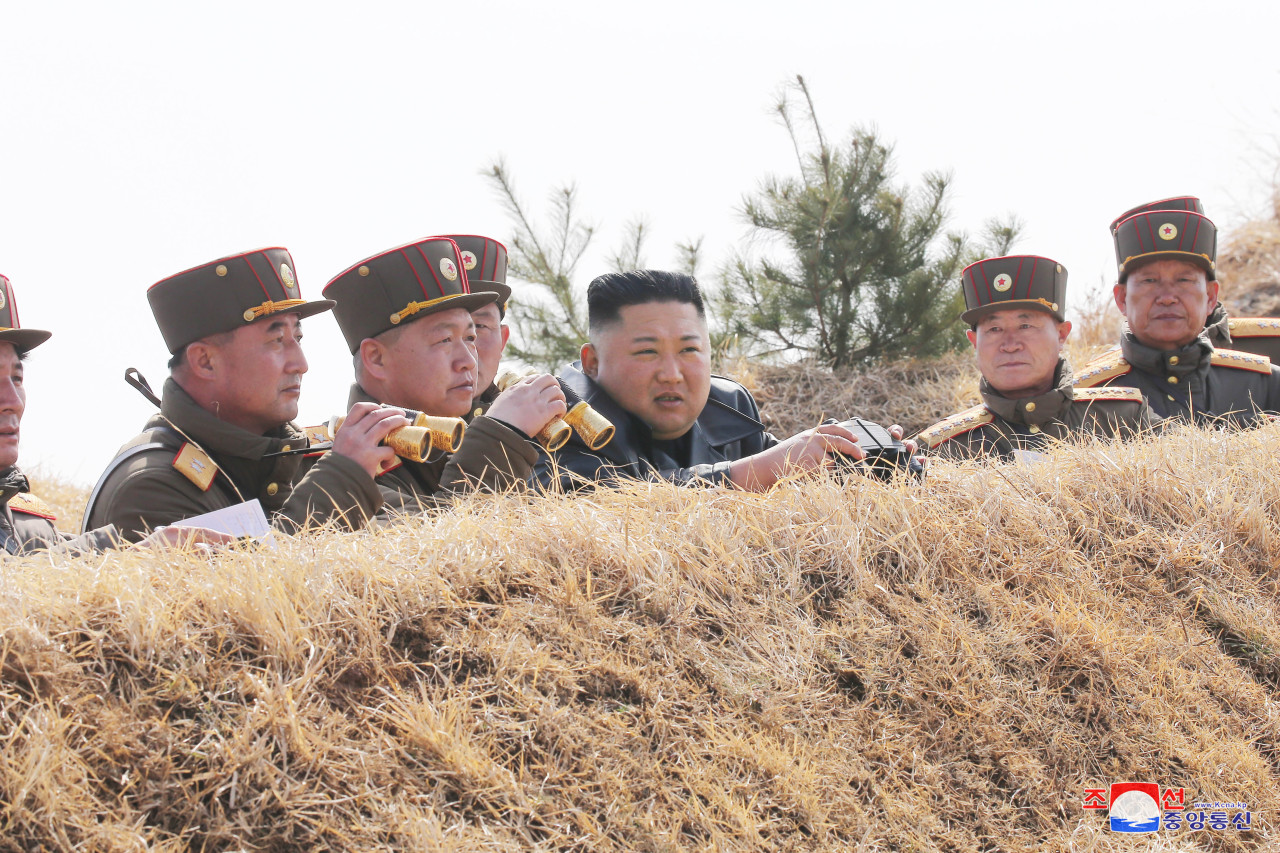 The group visit to the artillery battalion of the 3rd Corps of the Korean People's Army is seen as unusual as it came amid intensified efforts to prevent the outbreak of the COVID-19 virus since the North declared a national emergency system in late January.

"On Mar. 24, officials of the Organizational Leadership Department and the Information and Publicity Department of the Central Committee of the Workers' Party of Korea (WPK) paid a congratulatory visit to the artillery battalion," the official Korean Central News Agency said.

The officials "warmly congratulated the service personnel who were honored with the battalion of master gunners under the blessings of the illustrious commander of Mt Paektu," the report said, referring to the country's sacred Mount Paekdu.

The visit is seen as intended to instill troop morale and display control over the military, while strengthening discipline and easing public sentiment, as the country is making efforts to prevent the spread of the coronavirus amid a faltering economy.

The KCNA said the unit was given a certificate bearing the congratulatory autograph of leader Kim.

"The officials of the Party Central Committee read the officers and soldiers the encouraging letters and listened to the merits the artillerymen performed in the service days, deepening the blood feelings," it added.

Photos released by the outlet did not show Kim's younger sister, Kim Yo-jong, though she has reportedly been transferred to the more powerful Organizational Leadership Department from the Information and Publicity Department.

The North has not reported any confirmed coronavirus infections, but speculation persists that it might be concealing an outbreak that is possibly spiraling out of control. (Yonhap)