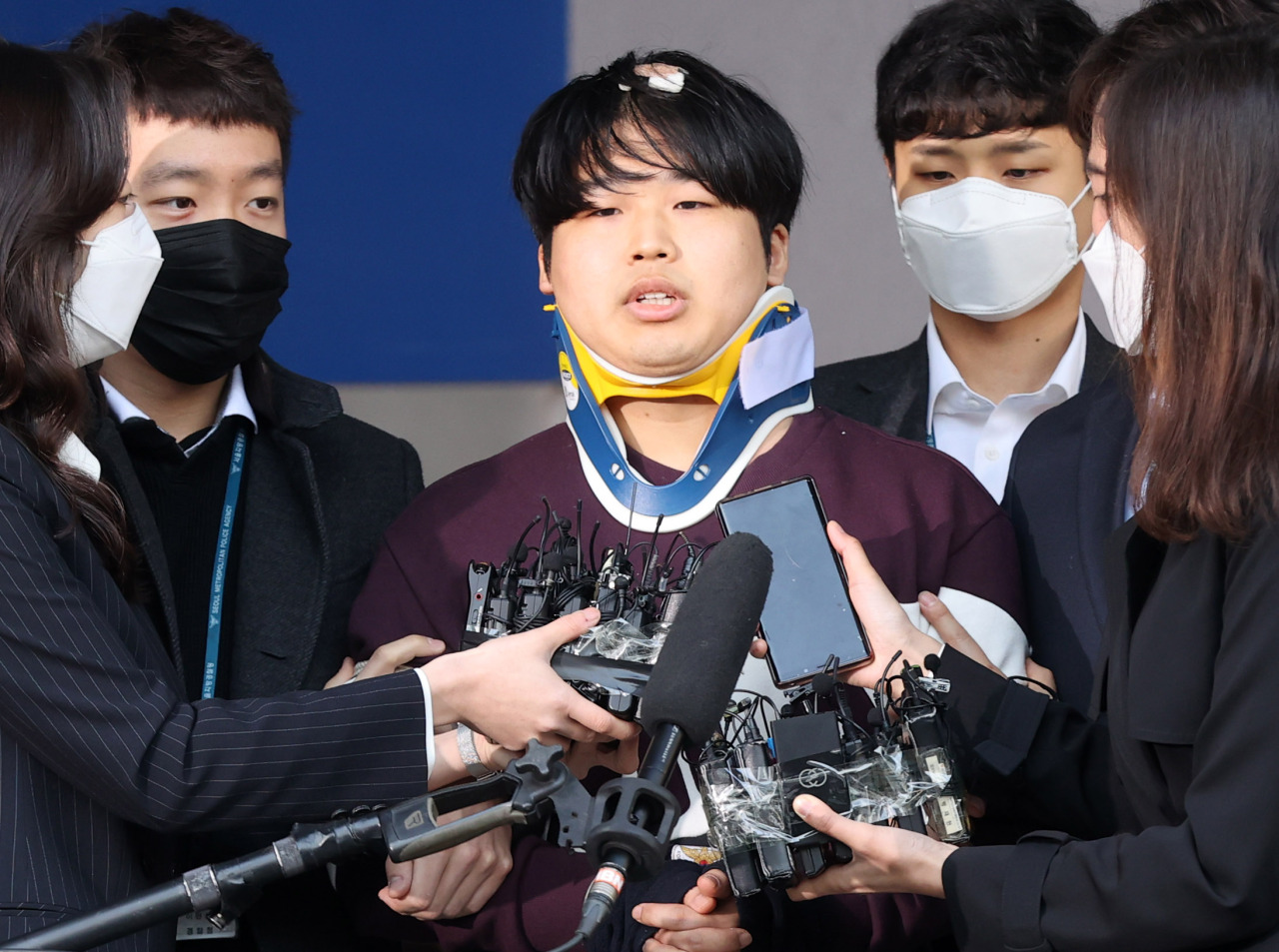 Cho Ju-bin, the central suspect in the expanding Telegram sexual exploitation case, is transferred to the prosecutors' office from the Jongno Police Station in Seoul on Wednesday. (Yonhap)
The Seoul Central District Prosecutors Office has launched a special unit to conduct a wide-range investigation into a digital sex case which involves a man who produced and sold videos of minors who were forced to perform violent sex acts.

The 21-member task force team that specialize in child and youth crimes and recovering illegally obtained gains from criminals will look into the case that involves prime suspect Cho Ju-bin who allegedly blackmailing dozens of victims, including minors, into performing gruesome sex acts and selling the videos in Telegram chat rooms.

“We will apprehend all the people who are involved into the case through thorough investigation and punish them sternly base on zero tolerance principle,” an official at the prosecutor’s office said.

Prosecutor General Yoon Seok-yeol called the case “anti-civil and anti-social,” urging prosecutors to perform every possible capabilities to come up with fundamental and multilateral measures.

Earlier in the day, the Seoul Metropolitan Police Agency sent Cho’s case to the prosecution on charges including violation of the act on the protection of children and youth against sex offenses.

“Thank you for putting a brake on the life of a devil that could not be stopped,” Cho said while he was being transferred to the prosecution from a detention unit at Jongno Police Station in central Seoul.

According to statement released later by JTBC, Cho had threatened the company’s president to harm his family members. Cho disguised himself as a chief of an inquiry agency and claimed that he received a request to inflict injry to them from the freelance journalist Kim who has been undergoing trial for allegedly threatening Sohn.

On Wednesday, the Science, ICT, Broadcasting and Communications Committee called for the need to draw up stronger punishment to root out online sex crime like the “Nth room case.”

The parliamentary resolution said that digital sex crimes are an issue of “grave” concern as they not only tear down ethics and morals of communities but also “destroy people’s souls.”

Lawmakers condemned the government’s response to online sex crime for being too lenient and called for stricter punishment to eradicate them.

“We call for the government to revise anti-online sex crime measures that it unveiled in September 2017 to make them become fundamental and effective steps,” the resolution said.

Lawmakers also raised the need to revise special laws on child abuse and domestic violence in a bid to prevent physical and mental disorders from becoming reasons for the commutation of punishment in case of such serious crimes.