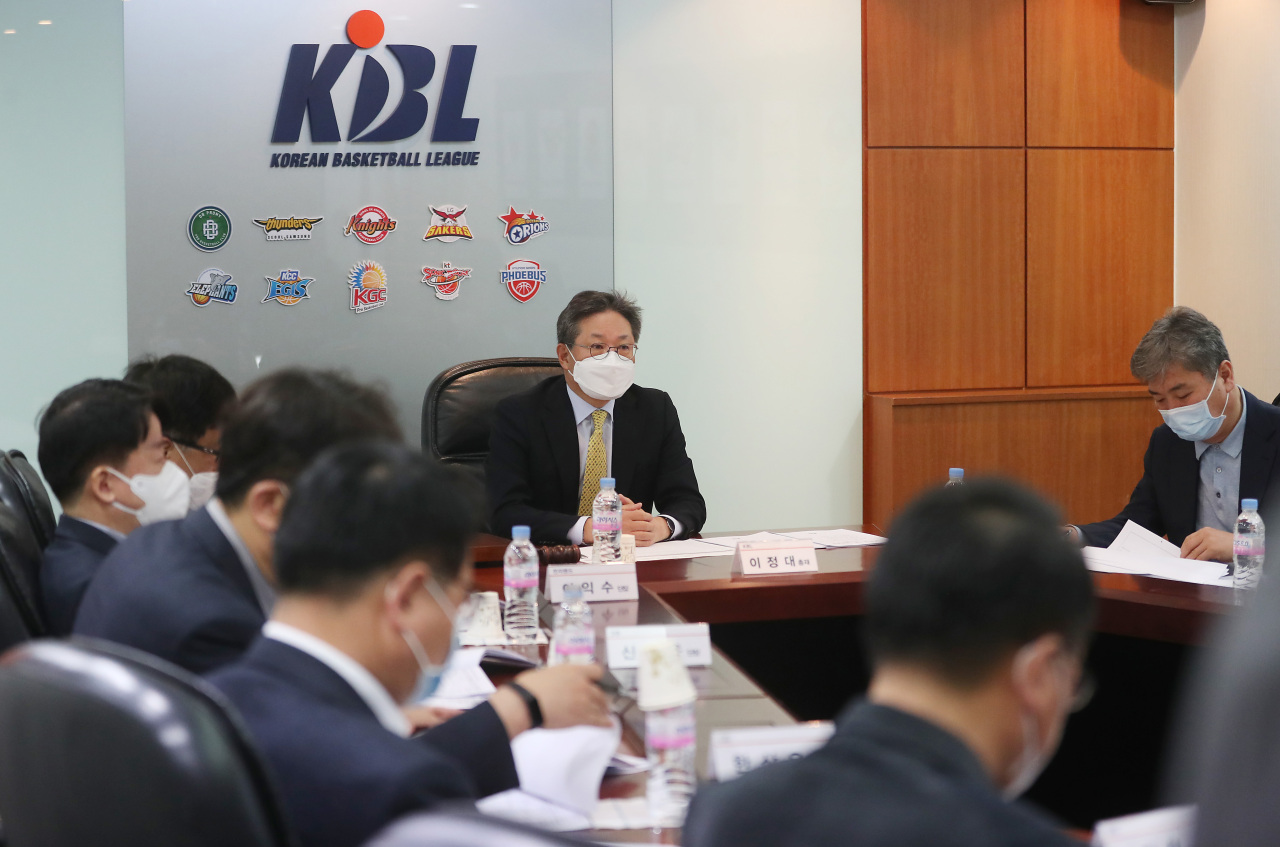 (Yonhap)
With their season canceled on Tuesday due to the coronavirus outbreak, two coaches tied at the top of the Korean Basketball League (KBL) standings were at a loss for words.

"I don't know if I should be congratulated for finishing in first place," said DB Promy head coach Lee Sang-beom, whose team ended up with a 28-15 record identical to the SK Knights. "We didn't win a championship after all."

Indeed, the KBL, as it announced the cancellation of the remainder of the regular season and the playoffs, said no champion will be crowned this season. The Promy and the Knights will go into the record books as the co-first place teams in the regular season.

"I don't know what to make of this," Knights coach Moon Kyung-eun said. "I'd been thinking the guys were playing with the same kind of energy and determination that they did two years ago, when we last won the title. I am so disappointed that we won't get to go for another championship this year."

Both teams had been on a roll when the KBL suspended play on Feb. 29. The Knights won their last five games, and the Promy had won three in a row to keep pace.

"I'd like to thank the guys for their hard work this season, and we'll start preparing for the next one," Lee said. "We dealt with a lot of injuries this season, and the guys took up the 'next man up' mentality."

Moon said he had been running his team through full practices, even at the exact moment when the KBL announced the season will be canceled.

"I don't know what I am going to be doing tomorrow," Moon said.

"It leaves a bad taste in the mouth to have the season end like this. But public health is the most important thing right now." (Yonhap)