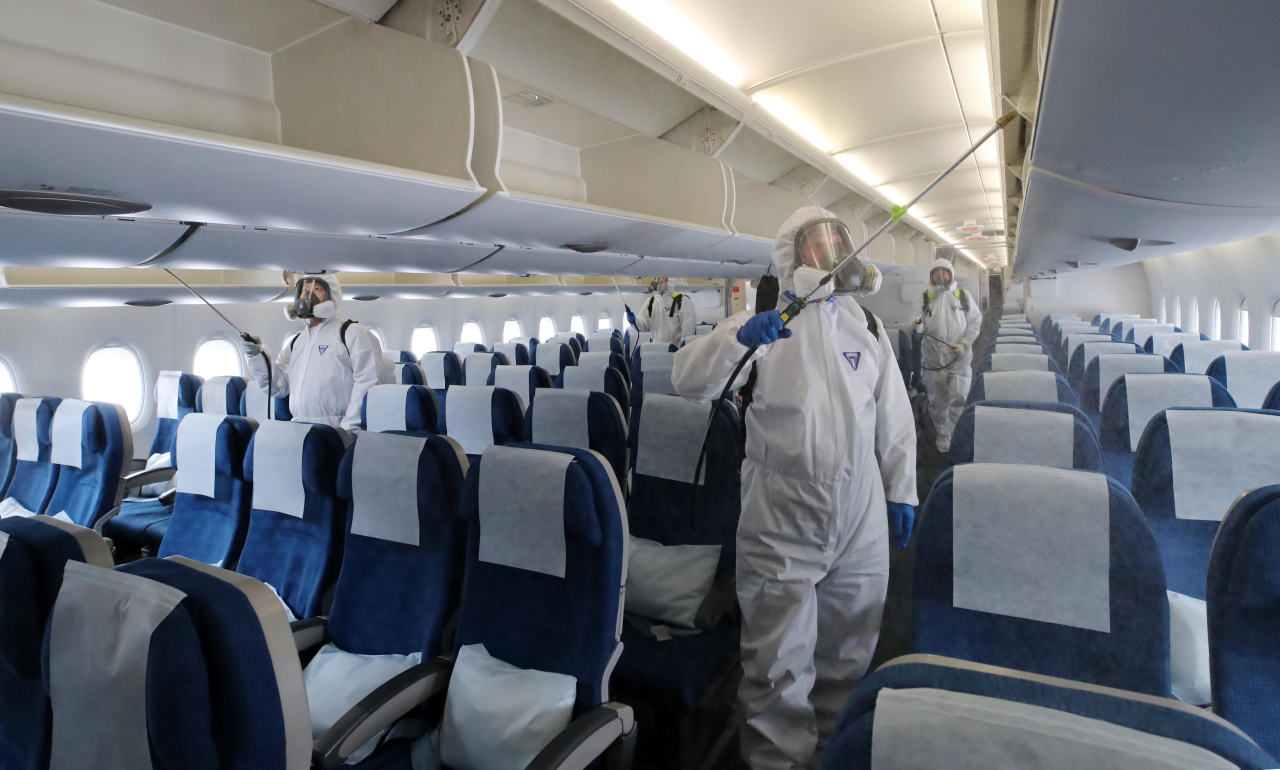 A Korean Air jet is disinfected on March. 4. Yonhap
A second cabin crew member of Korean Air Lines Co. has been diagnosed with the new coronavirus, company and local government officials said Saturday.

According to them, a 36-year-old Korean Air flight attendant has tested positive for COVID-19 after serving on a Los Angeles-Incheon route late last month.

Another Korean Air cabin crew member on the same KE012 flight that departed Los Angeles on Feb. 20 was earlier confirmed as a virus patient on Feb. 25.

Korean Air said the other cabin crew who were on the same flight tested negative, adding it plans to extend its quarantine of 30 other flight attendants as part of precautionary measures. (Yonhap)