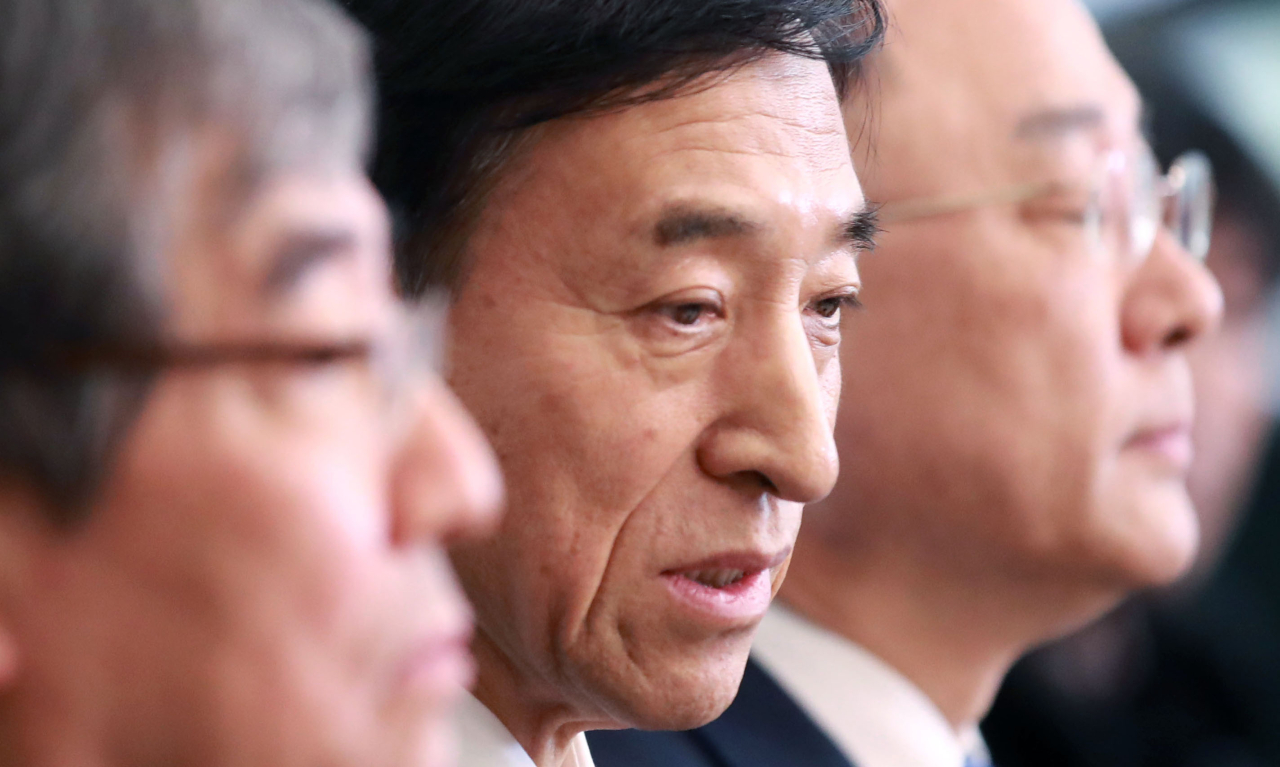 While South Korea grapples with the rising new coronavirus infections, some market watchers are of the view that the central bank is likely to push for a base rate cut to minimize the downside economic impacts.

Though many analysts are inclined toward a rate freeze scenario, the current economic situation could force the Bank of Korea to stipulate a record-low key interest rate, according to some.

The three-year Treasury bond rate stood at 1.18 percent as of Friday, down 0.14 percentage point from four days earlier, dipping below the key rate of 1.25 percent.

Starting Tuesday, the country has seen a soaring number of confirmed cases in Daegu City and the neighboring North Gyeongsang Province.

The corresponding index on the bond rate, which is susceptible to monetary policy decisions, was seen as reflecting the growing expectations in the capital market for a monetary easing decision.

While the Bank of Korea is slated to hold its rate-setting Monetary Policy Board meeting this Thursday, observers were optimistic, until recently, that the economy would rebound on the back of the revival of the global semiconductor market, despite some shock from the virus outbreak which originated in China.

“We should take into account the possible side effects (of further rate cuts),” said BOK Gov. Lee Ju-yeol on Feb. 14.

His remarks were in response to queries whether the central bank would take preemptive easing actions, similar to its measures during the Middle East respiratory syndrome outbreak in 2015.

“Back in 2015, the economy was facing a downcycle, but now it has bounced back from the low point and we expect it to recover.”

In light of the spreading epidemic, however, market observers have increasingly suggested that the central bank should consider taking preemptive measures to minimize economic damages.

“It is true that the BOK currently has little policy space for a further rate cut, but the latest (COVID-19) developments are seen to have long-term, tangible impacts on the real economy,” Shinhan Investment said Friday in a report.

Anticipating a possible rate cut later this week, the report also added that the BOK has sufficient cause for monetary easing as the government is rolling out measures to safeguard the economy from the coronavirus fallout.

But many market observers are of the view that the BOK will take a wait-and-watch approach for now.

“A rate cut (at this point in time) can hardly be seen as a timely response as it usually takes some time to actually impact the market,” said Park Hee-chan, analyst at brokerage Mirae Asset Daewoo.

“It is likely that monetary policymakers will focus on injecting short-term liquidity to help out financially distressed businesses.”

Hana Financial Investment also noted that the authorities may refrain from immediate drastic actions, pointing out that the BOK’s next board meeting is slated for April.