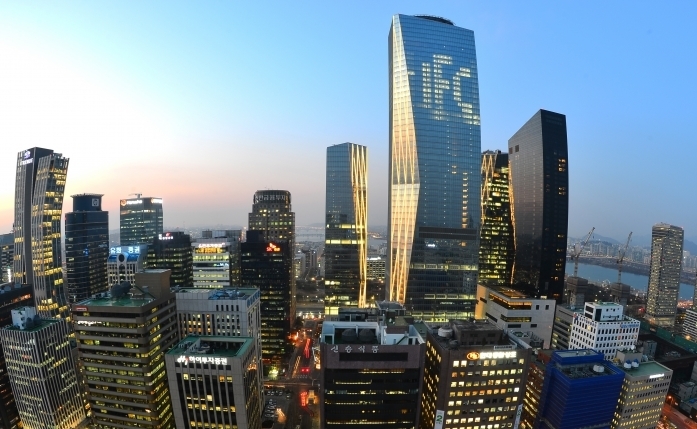 Hana’s brokerage arm is the latest and sixth in the race to become the nation’s premier investment bank.

Its net worth will reach nearly 4 trillion won after the issuance, since it marked 3.48 trillion won last year. The 4 trillion won in equity capital is a prerequisite for a mega investment bank license issued by the Financial Services Commission.

With the increased capital, Hana Financial will strengthen its portfolio, including investment banking, global business and sales and trading, the company said.

“We expect to reinforce our competitiveness by expanding our portfolio, such as equity participation in emerging markets. It will further accelerate our revenue growth,” said an official at Hana Financial.

The FSC’s mega investment banking license allows financial companies to issue a promissory note with a maximum limit of 200 percent of its equity capital with a maturity of one year or less, which would significantly enhance their capability to raise funds, according to a Hana official. 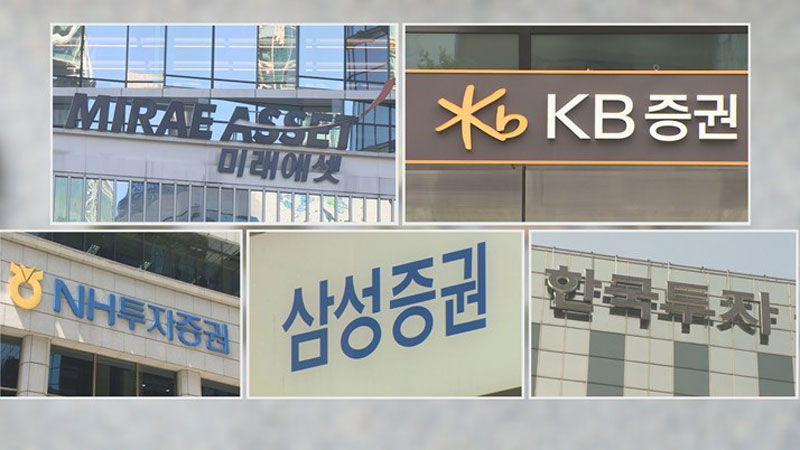 South Korea’s five brokerages -- Mirae Asset Daewoo, KB Securities, Korea Investment & Securities, Samsung Securities and NH Investment & Securities (clockwise from top left) (Yonhap)
Among them, NH, KIS and KB Securities have been allowed to issue promissory notes. Samsung is excluded from the list due to its 2018 “fat thumb” scandal when it mistakenly paid employees 1,000 shares each instead of paying cash dividends of 1,000 won. Mirae Asset has also been excluded over alleged intratrading deals that involve Chairman Park Hyeon-joo and his family.

Other brokerage firms such as Meritz Securities and Shinhan Investment are also getting ready to throw down their gloves to be the next mega investment bank.

Meritz’s equity capital marked some 3.78 trillion won as of last year. Shinhan Investment garnered 4 trillion won in equity capital, as of August last year. However, it is expected to be delayed amid its involvement in the snowballing Lime Asset Management fiasco and high-risk derivatives-linked securities issue.

Brokerages were initially not allowed to issue short term promissory notes, and only local commercial banks did so. Since adopting the system in 2016, mega investment banks can receive approval from the FSC, which can bring greater gains on investments. Now, securities firms are eager to become mega investment banks to obtain the qualification.

The process and method of issuing promissory notes are simpler than for issuing corporate bonds, so it is easier for brokerages to raise funds via corporate financing and investments in unlisted firms.

Amid higher stock market volatility, securities firms are also seeking a breakthrough via nontraditional business areas such as investment banking to make greater profits, rather than their traditional stock brokerage business.

According to the recent report from Korea Ratings, local brokerages performed well last year due to increased profits from investment bank operations. Larger securities firms were more active, generating 2.4 trillion won in investment banking commission earnings, as of the third quarter of 2019 -- up 500 billion won on-year.

By contrast, earnings of brokerages plummeted some 1 trillion won to 2.2 trillion won during the period, amid the prolonged sluggish stock market. The figures showed that securities firms gained more profits via investment banking operations than equity trading, leading to an industrial paradigm shift.

However, concerns have been lingering over the giant brokerages not investing in local innovative firms. Different from the intention of financial authorities to give a mega investment banking license enabling them to issue promissory notes to activate their investments in startups, they have instead focused on real estate.

According to data from the nation’s financial watchdog Financial Supervisory Service in June last year, KIS and NH Investment -- the first and second brokerage firms to receive approval to issue promissory notes -- earned 5.26 trillion won and 3.35 trillion won, respectively, from the business in the first three years. But they did not make any investments in startups or venture firms. FSC Chairman Eun Sung-soo has also pointed out that “Mega IBs’ role is to lead capital market development, along with seeking innovative firms. However, they’ve been focusing on the real estate sector.”

“As a securities firm, we need to think about risk management when making an investment. Due to the recent regulations on real estate, we can’t make investment decisions like before, but being a seed investor for small and midsized companies is never easy. To be honest, it’s difficult to make profits, so we need to be more careful before making a decision,” said an industry official, who wished to remain anonymous.