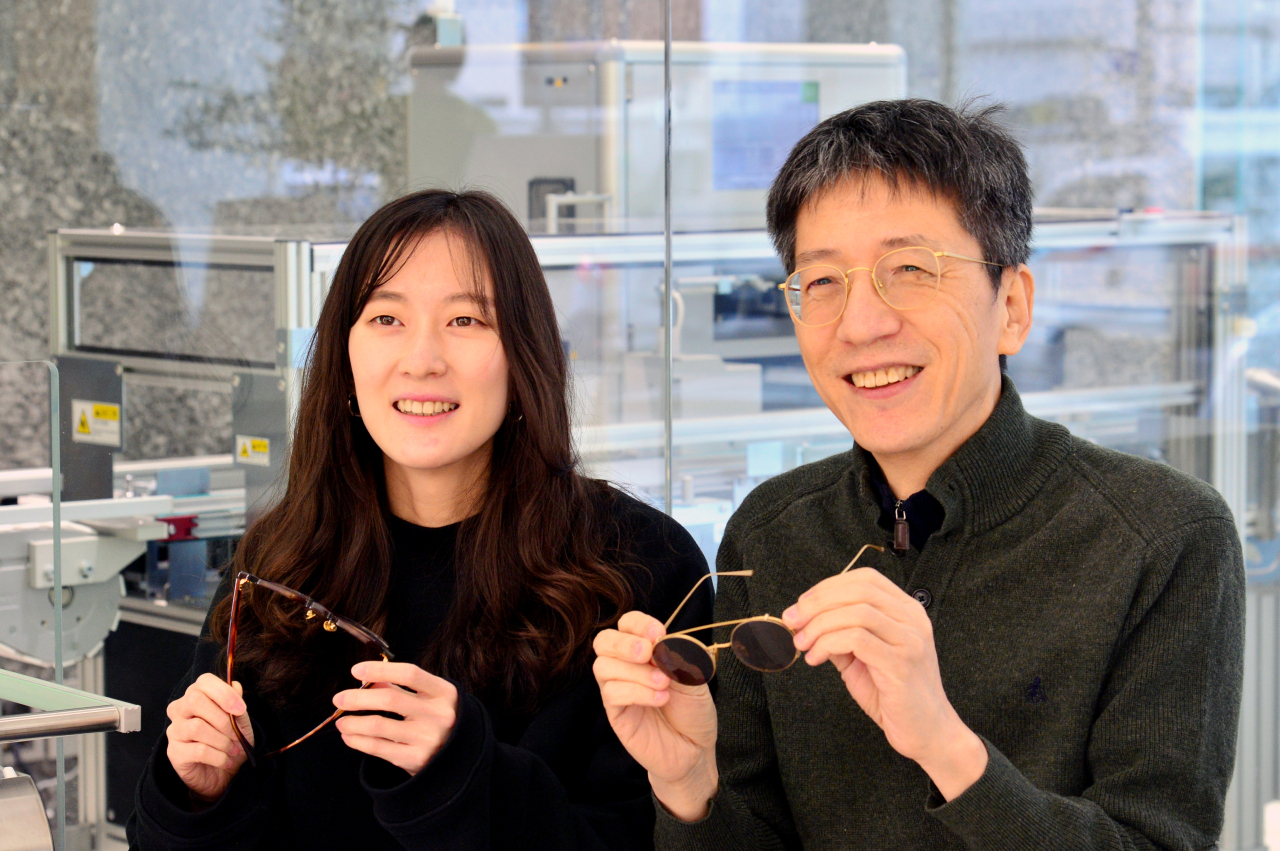 Yun’s Creative Director Yun Ji-yoon (left) and President Yun Chul-joo pose for photos before an interview with The Korea Herald at its flagship store in Seongsu, eastern Seoul. (Park Hyun-koo / The Korea Herald)
Eyeglasses are more than a fashion accessory, being a necessity for those who need their vision corrected.

Designer Yun Ji-yoon, who formerly worked at a fashion firm, fell in love with the practicality of eyeglasses. She joined hands with her father Yun Chul-joo -- who has been in the eyewear business for around 30 years -- to launch eyewear brand Yun, naming the brand after the family name.

The Yun family all pitched in the business, and launched the label’s first shop in Berlin in 2015. Five years later, they opened a store in Seongsu, eastern Seoul.

The brand’s mantra is “Korean minimalism,” inspired by the less is more philosophy. The brand’s eyeglasses have a simplistic design, embracing the idea of “beauty of space.”

The father-and-daughter duo had a bold, adventurous start in 2015, launching the brand’s first store in the heart of Berlin. Berlin, the city of hipsters, is a leading market for the eyewear business, backed by world-class lens companies. 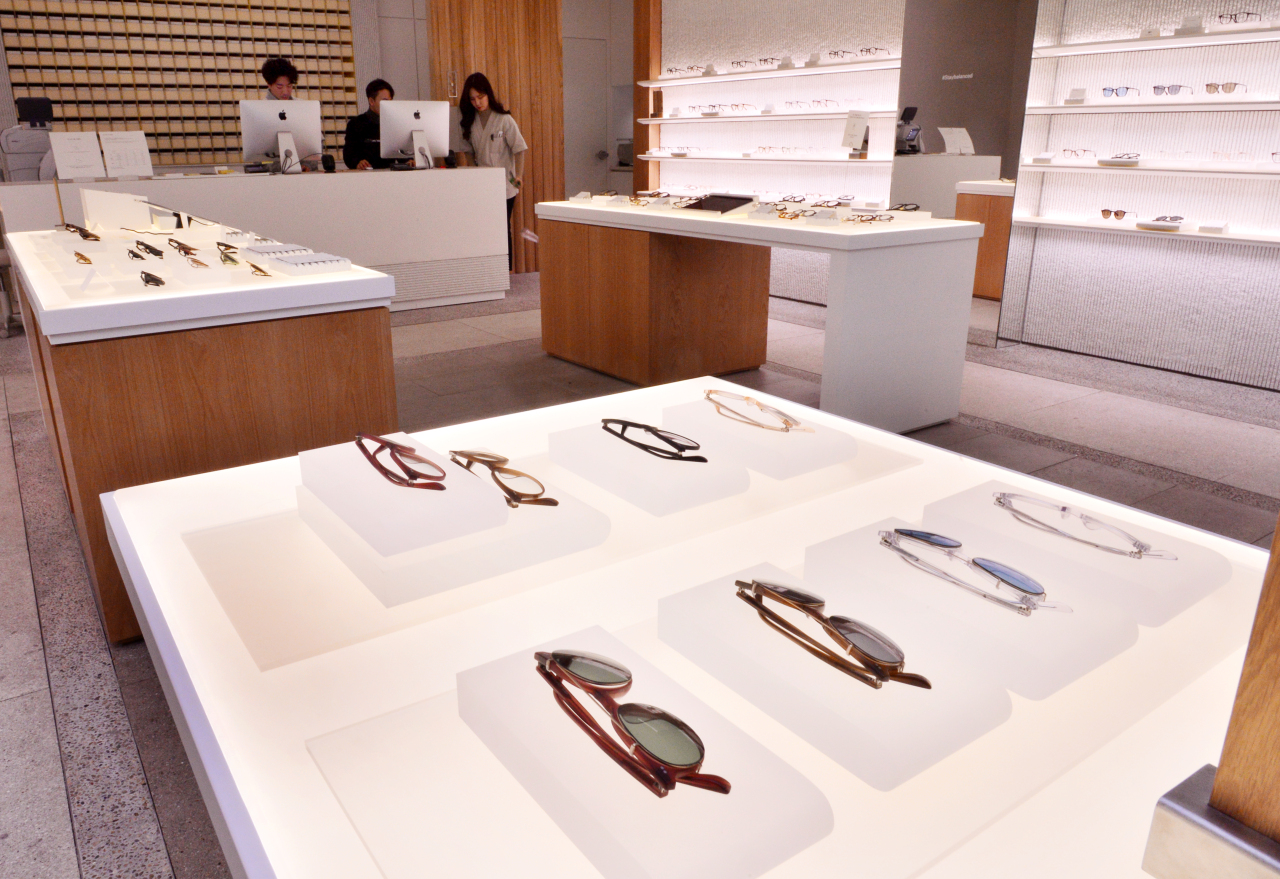 Eyewear brand Yun opened its flagship store in Seongsu-dong, Seongdong-gu in eastern Seoul in January. (Park Hyun-koo / The Korea Herald)
“Though Yun was an out-of-towner label in Berlin, its competitive edge was the speed. There were no stores in the area that could make a pair of glasses in 20 minutes,” Ji-yun said.

A spiral-shaped conveyer-belt runs at Yun’s stores in Berlin and Seoul, allowing the customers to observe how their glasses are being made at the stores. Prices start at 120,000 won.

“We have a factory in Incheon (a city west of Seoul), Lenses are produced there and cut at shops in Berlin and Seoul,” Yun Chul-joo said, mentioning some of its frames are imported from China.

“Though Korea was once recognized for its high-quality lenses and frame production, the market is now led by China.”

According to Ji-yoon, there is a strong difference between the customers in Berlin and Seoul. While Berliners prefer crystal-color frames and vividly-tinted lenses for sunglasses, Koreans prefer black-color frames and monochrome lenses.

Though it had more of an international beginning in Berlin, the label stays true to its Korean identity, incorporating elements of hanok (traditional Korean house) in the design of its stores. The opticians at its Seongsu store are dressed in a hanbok-inspired uniform.

“For Yun, it is all about the balance. We bridge the old and the young -- like my father and me -- Berlin and Seoul, fashion and practicality,” Ji-yoon said.