LG's new robotics lab, set to open later this month in Boston, will allow its researchers to better check the latest robotics technologies.

To beef up its robotics research, LG will also collaborate with Kim Sang-bae, a renowned robot scientist and a Massachusetts Institute of Technology professor who has been leading MIT Biomimetics Robotics Lab since 2012. 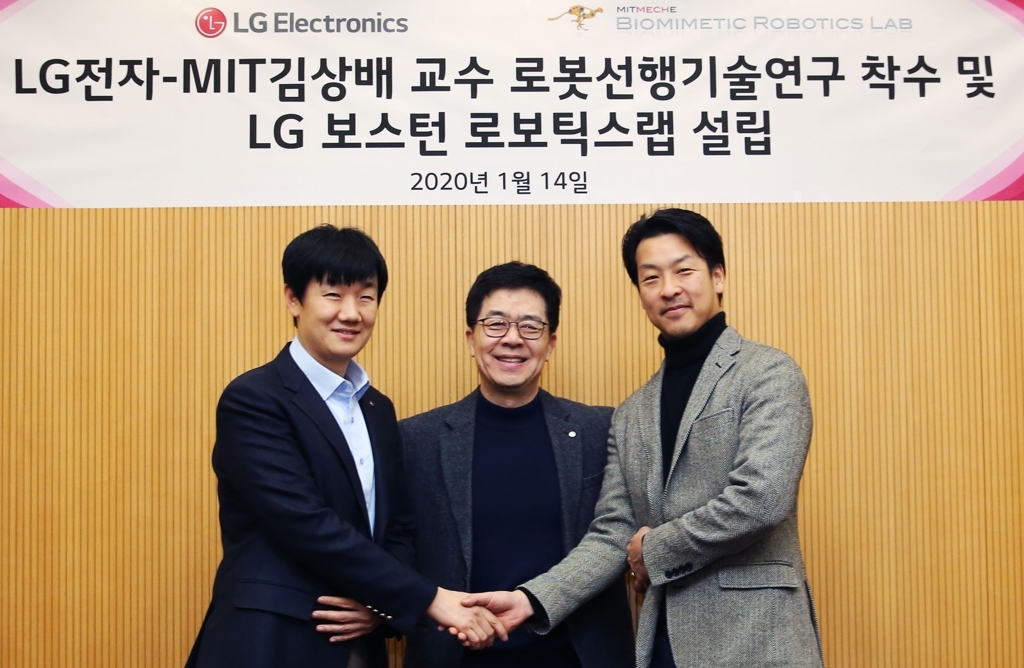 (Yonhap)
Using the MIT lab's infrastructure, LG Electronics said it plans to research and enhance robot's manipulation abilities, such as picking up and moving objects.

"We expect to see great synergy since LG is good at emotion recognition and navigation technologies, while Kim is a renowned scientist in four-legged walking robots and object manipulation technologies," the company said in a release.