Asia’s fourth-largest economy, however, continues to face structural problems as the latest result was mostly attributable to the government’s policy efforts and also focused heavily on specific age groups.

The country recorded 27.15 million workers employed in December -- up 516,000 from a year earlier -- marking the largest on-year growth in more than five years, according to Statistics Korea.

The employment rate last year stood at 60.9 percent, up 0.2 percentage point, hitting the highest in 22 years.

For those aged between 15 and 64 -- a comparative standard for the Organization for Economic Cooperation and Development -- it came to 66.8 percent, the highest since Seoul started tallying such data in 1989.

The statistics office attributed the improved job indexes to the government’s active fiscal spending and also the base effect from the previous year. 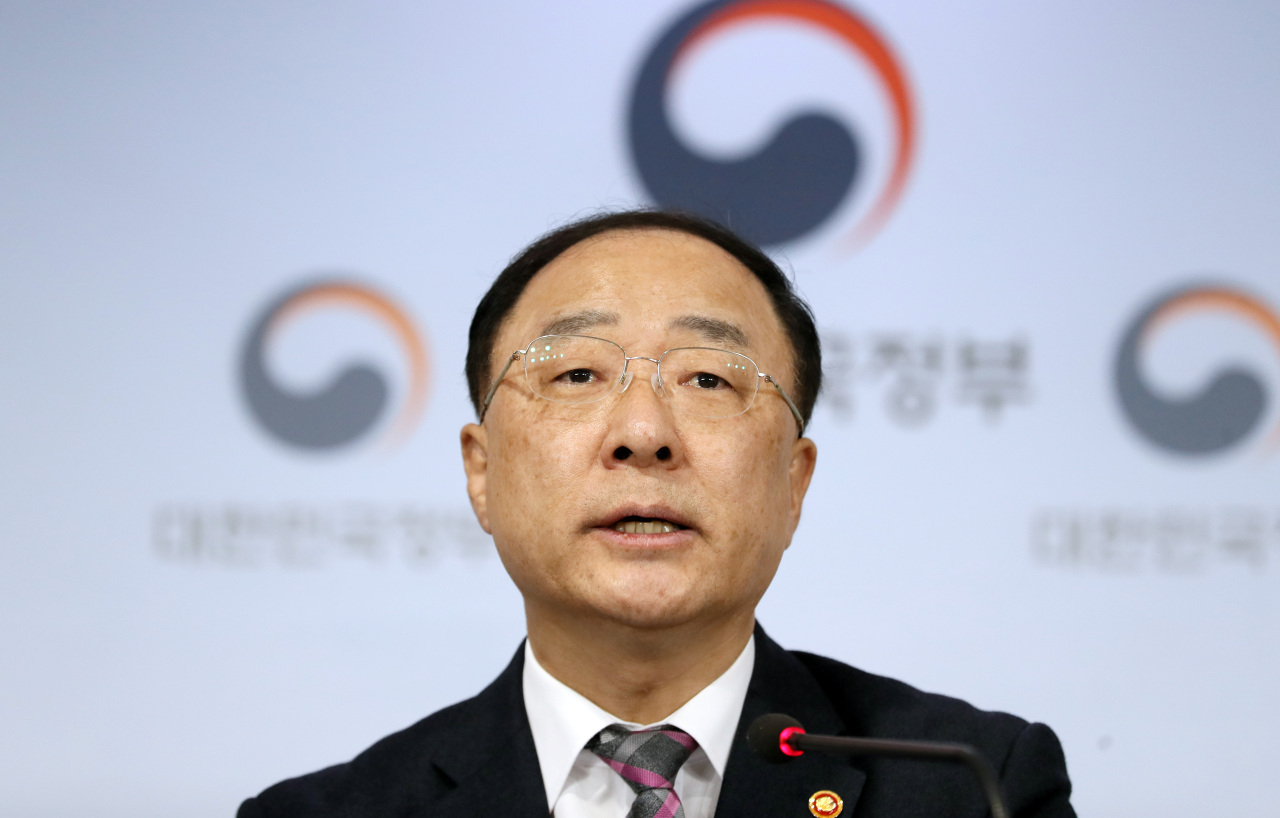 Despite the apparent improvement in overall figures, however, Korea continued to struggle with the sluggish employment situation for people in their 40s and those working in the manufacturing sector.

Last year, the country’s 40-somethings shed 162,000 jobs compared to a year earlier, marking the steepest on-year fall since 1991. The employment rate for the corresponding age group also fell to 78.4 percent, down 0.6 percentage point.

“(The government) will come up with a comprehensive set of measures by March (to deal with the 40s age group),” said the finance minister, acknowledging the challenges.

While several of the service industries gained jobs on the back of government spending, the country’s backbone manufacturing sector lost 81,000 jobs in 2019, due to sluggish exports.

The elderly aged 60 or more, on the other hand, added 377,000 new jobs, marking the steepest on-year increase since the government started compiling such data in 1963.

As for young adults aged between 15 and 29, the employment rate reached 43.5 percent, the highest since 2006. The corresponding figure for those in their 20s was 58.2 percent, up 0.3 percentage point on-year.

But the expanded employment index -- designed to reflect the actual job market reality by including potential job seekers -- stood at 22.9 percent, the highest since 2015.

While reviewing the latest job situation, the government also underlined the need to adjust the indicators in order to reflect the demographic reality.

“We should change the paradigm of our (job) indicators so as to prioritize the employment rate (over the number of newly added jobs),” Hong said.

“We need (new) indexes that may precisely reflect the demographic changes and job market reality.”

The on-year change in newly added jobs has conventionally been deemed a key index, reflecting the overall stream of the job market.

But in light of the low birthrate and aging society, the simple comparison in the number of newly added jobs no longer holds validity, according to the fiscal policymaker.

Korea’s economy saw its working age population -- aged between 15 and 64 -- shrink 56,000 on-year in 2019. Such on-year decline is expected to accelerate further this year as the baby boomers who were born between 1955 and 1963 are set to reach retirement age.