A man who publicly identified parents owing child support on an online platform vowed to continue his campaign to raise awareness about the issue, after a local court cleared him of defamation charges on Wednesday.

“Hopefully, the action for resolving unpaid child support will gain more momentum now that it is free of defamation accusations,” Koo Bon-chang, 57, told The Korea Herald on Wednesday in a phone interview.

Koo was indicted in May last year after publicizing the personal information of men and women accused of willfully failing to pay child support. Their former partners were the ones who provided the information -- such as names, addresses, occupations and head shots -- to be posted on the blog “Bad Fathers.” 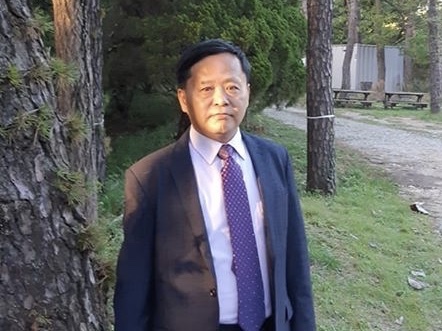 Koo Bon-chang, operator of “Bad Fathers” -- a blog that busts child support dodgers --, poses for photo.
The Suwon District Court, after a 15-hour trial that kicked off Tuesday at 9:30 a.m., said the public good that “Bad Fathers” did by holding people accountable for their financial obligations to their children outweighed the potential damage it caused through breach of privacy.

“The defendant’s activities are intended to inform the public about the situation where caregivers are left without needed support,” the court said, adding that failure to pay child support is emerging as an increasingly widespread social problem.

Koo said the court’s decision meant a child’s right to live took precedence over the honor or reputation of parents who chose to be delinquent on child support payments.

“In South Korea, publication of facts can constitute defamation. This has held back many voices for social causes, such as one we have witnessed in the #MeToo movement,” he said. “But perhaps that custom is now changing for the better.”

According to Koo, 113 out of some 400 unpaid child support cases have been resolved since the blog’s launch in July 2018.

Koo said he first got interested in the issue of parents shirking their child support duties in 2013, when he learned of a large number of “Kopino” -- half Korean, half Filipino -- children abandoned by their Korean fathers.

“While I was working for charities supporting Korean Filipino children seven years ago, I found out it was a prevalent problem at home, too.”

Koo is still heavily involved in the Kopino children’s support organization, We Love Kopino, as one of its most widely known activists.

As for future aims, he said “Bad Fathers” will work with other civic groups to see the bills for child support enforcement passed at the parliament.

“Close to 80 percent of child support payment orders go unobserved (in Korea), leaving about a million children as victims of delinquency,” he said, adding, “Our work is far from over.”