According to the coffee chain, it will accept applications starting from Monday until 5 p.m. on Jan. 23. 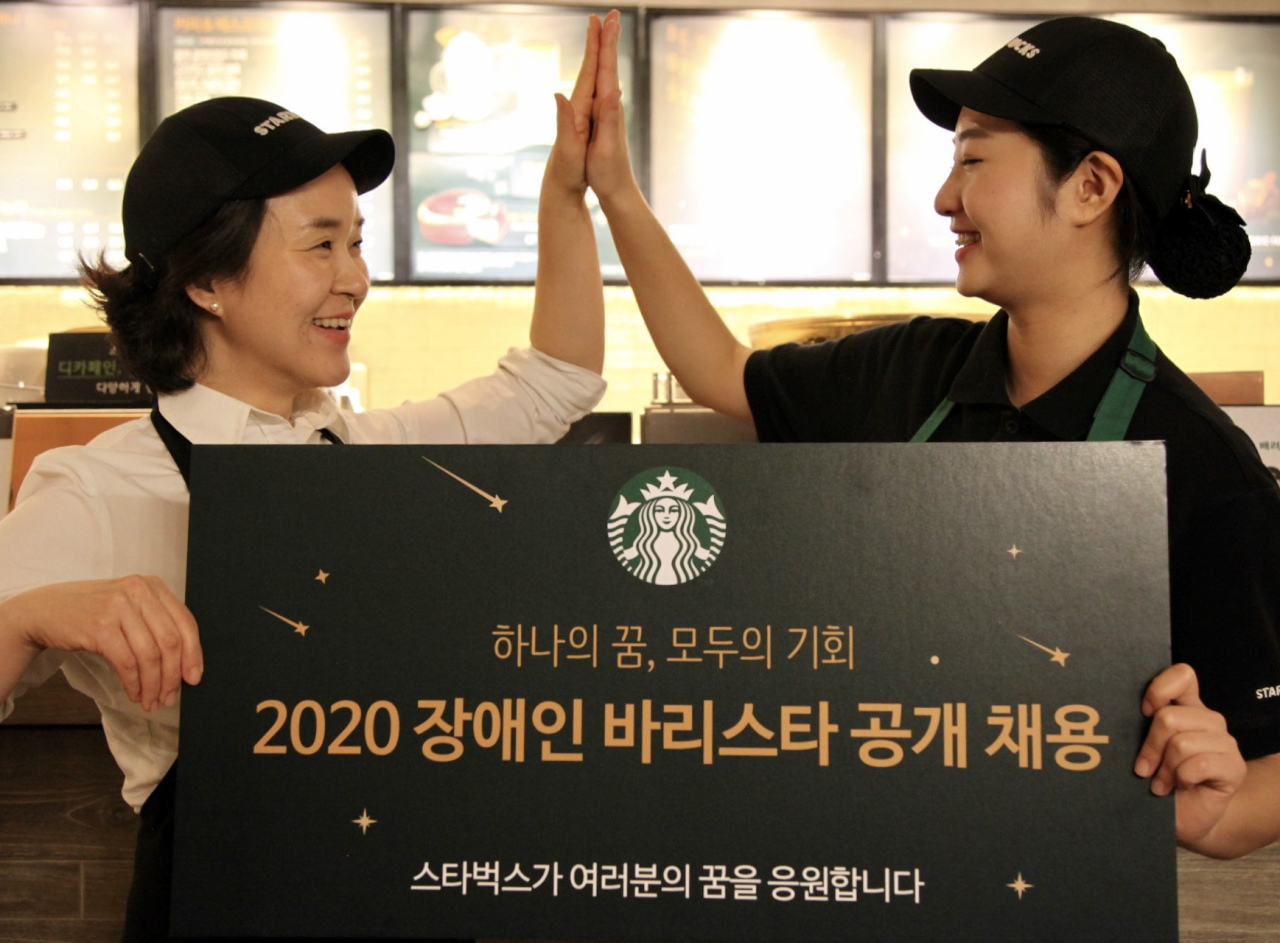 (Starbucks Korea)
The process includes document screening, interviews and field tests in the form of five weeks of training, before the final results are announced.

Starbucks first began its hiring program for baristas with disabilities in 2007, and began running the program on a quarterly basis after inking an employment promotion agreement with the Korea Employment Agency for Persons with Disabilities in 2012.

As of December 2019, 409 baristas with disabilities were working at Starbucks locations across the country, the company said. Since then 51 of them have been promoted to positions higher than middle management, the company added.