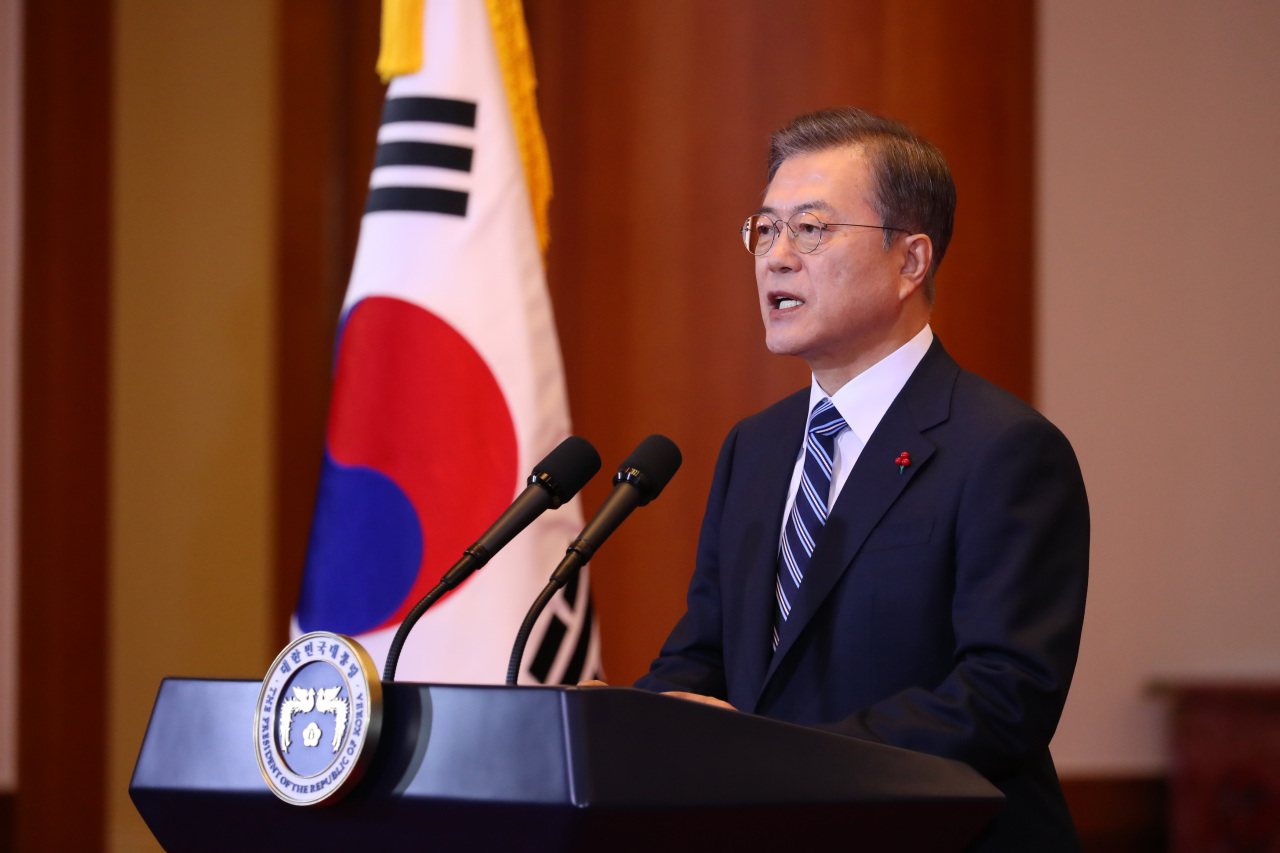 President Moon Jae-in (Yonhap)
“An international solution is needed to uphold the three principles of disallowing war, mutual security guarantees and shared prosperity, but there are matters that can be achieved through cooperation between the South and the North. I suggest that the South and the North put our heads together to hold earnest discussion.”

While calling on the North to engage in talks to seek cooperation, Moon admitted to having prioritized US-North Korea talks, and cautioned Pyongyang against provocations.

Stressing that he is certain that North Korean leader Kim Jong-un has the will to seek peace, Moon also listed ways in which the two Koreas can cooperate. Measures Moon listed include the matter of fielding a unified team in the Tokyo Olympics, and working together to find a way to execute the project of linking the railroads of the two Koreas.

Saying that establishing peace on the peninsula will lead to “peace economy,” Moon reiterated his willingness to engage Pyongyang in talks.