The film, which also won the top prize at last year’s Cannes Film Festival, has been on a global winning streak. Now, with its first Hollywood prize, all eyes are on next month’s Oscars, where the film has been short-listed for best international feature film. The five finalists areto be announced Jan. 13. 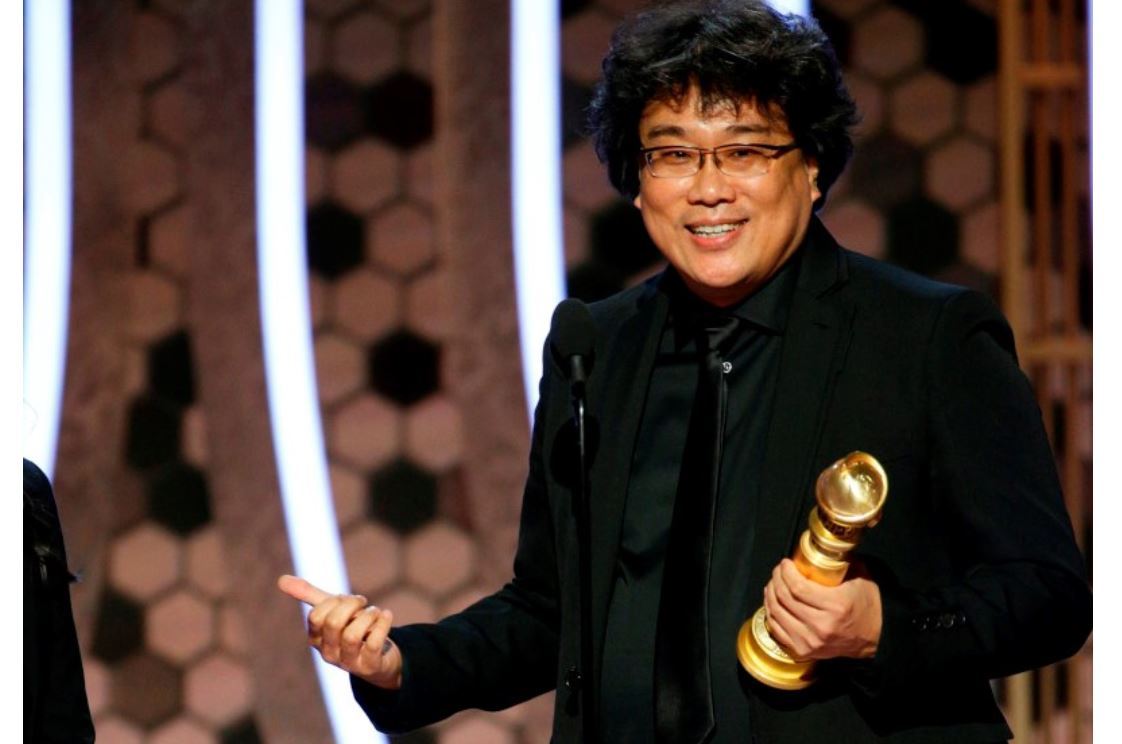 “I think we use only one language, the cinema,” Bong said in his acceptance speech. “Once you overcome the 1-inch-tall barrier of subtitles, you will be introduced to so many more amazing films,” he said through an interpreter.

The film’s Golden Globe victory may serve as a barometer of its chances at the Oscars in February. “Parasite” is expected to compete in the best international feature and best original song categories. Although the Oscars are notoriously difficult for non-English films, “Parasite” may also see nominations in the awards’ best picture and best director categories. The nominees for those categories will be announced next week.

In 2018, Korea’s “Burning,” directed by Lee Chang-dong, was short-listed for best foreign language film, but failed to make the final list of nominees. 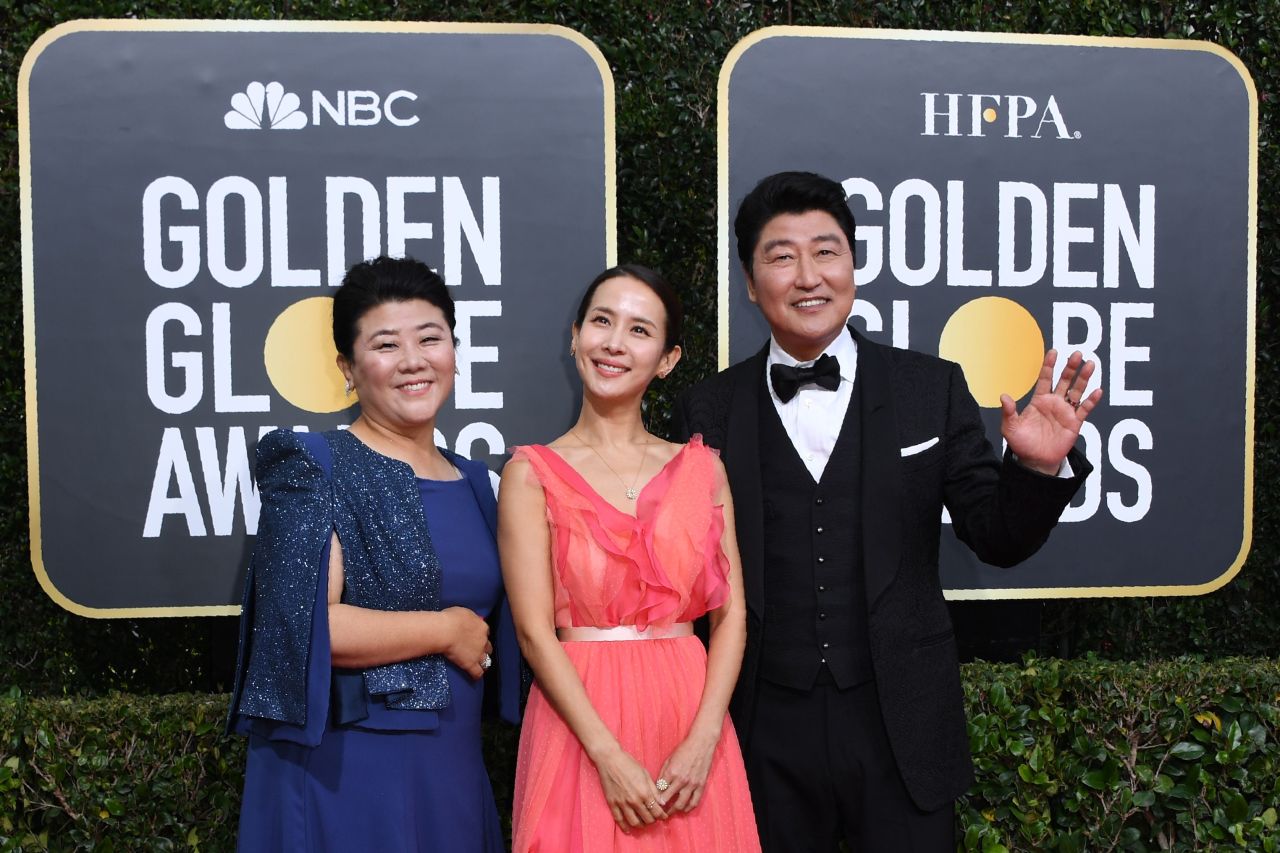 Three main casts of "Parasite," (from left) Lee Jeong-eon, Cho Yeo-Jeong, and Song Kang-ho, pose for picture at the 77th Golden Globe Awards ceremony held at the Beverly Hilton Hotel in Beverly Hills, California, on Jan. 5. (AFP)
“Parasite,” Bong’s seventh feature film, is a black comedy-drama that revolves around two Korean families, one affluent and the other impoverished. The film critiques the entrenched social class system of modern society, and a series of unexpected and violent mishaps unfolds as the two families become entangled.

The first Korean film to win the Cannes Film Festival’s top prize, the Palme d’Or, the film became an instant box office hit in Korea following its local release in May.

After exceeding the milestone of 10 million tickets sold in Korea, it was later released in North America and France. Racking up more than $20 million in ticket sales stateside, the film became the highest-grossing Korean film ever in the United States and the highest grossing non-English-language film in the US in 2019.

“Parasite” became the highest grossing Palme d’Or winner in France and North America in 15 years, since the Michael Moore documentary “Fahrenheit 9/11” in 2004.

Just ahead of the Golden Globes win, the movie was picked for best picture and best screenplay by the US National Society of Film Critics on Monday. Ahead of the Golden Globes and Oscars, “Parasite” and Bong have swept numerous honors, including best filmmaker at the 23rd Hollywood Film Awards and best film and best director from the LA Film Critics Association. Song Kang-ho was commended as best supporting actor in the film by the LAFCA.