In a brief social media message posted on New Year's Eve, he thanked them for efforts to promote social justice on the basis of "warm love of neighbors." 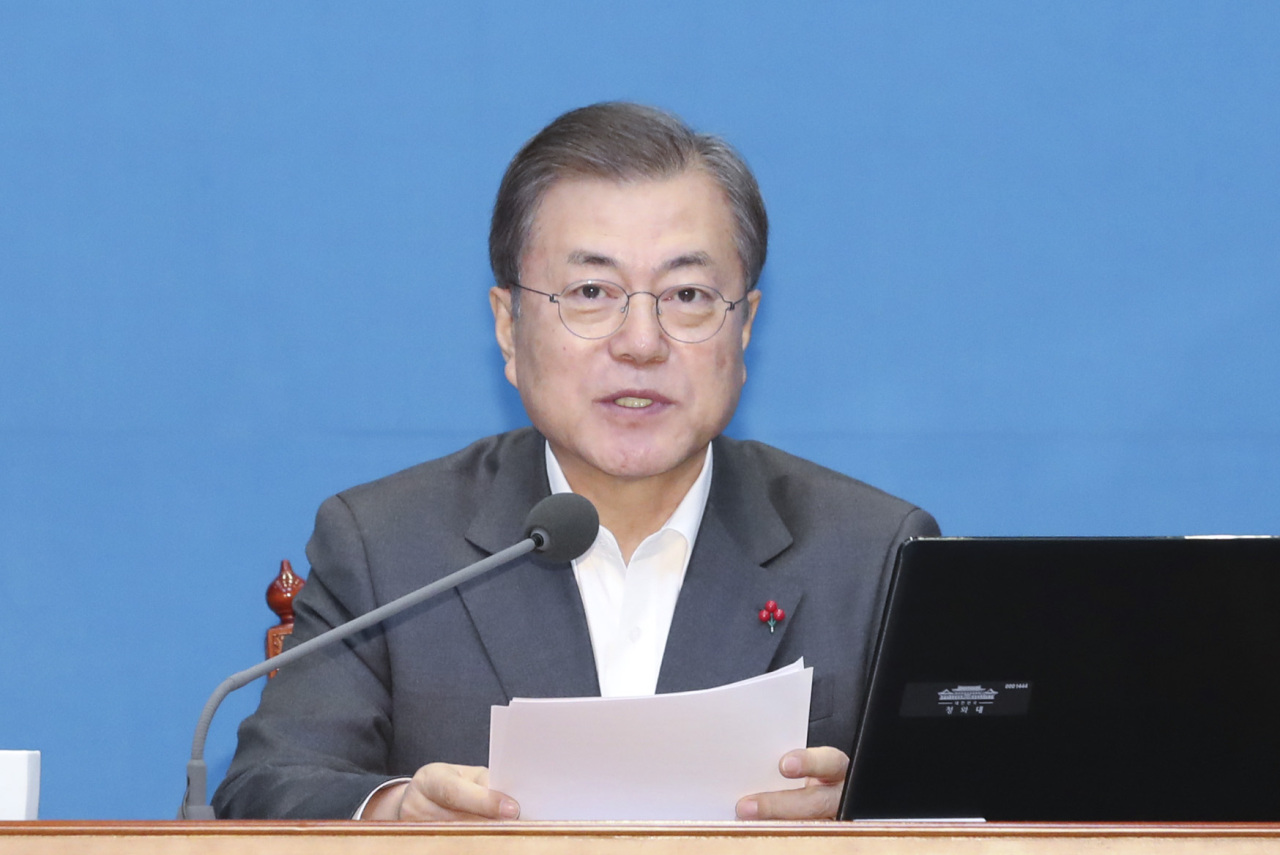 President Moon Jae-in (Yonhap)
He said he would make 2020 a year to "repay" them, citing the "buds of change" that opened amid difficulties.

"(I) will make it flower and bear fruit with clear achievement," Moon said, adding he will move "more vigorously" towards a better country in which people live well together. (Yonhap)