As we approach the end of the year, it is time to look back at some of the major events and memorable moments of 2019.

From trade wars between the US and China and then Korea and Japan, to the unrest in Hong Kong and rival rallies in Seoul over then-Justice Minister Cho Kuk, 2019 had plenty of conflict and discord to take note of.

There were also memorable milestones achieved this year, such as the first-ever image of a black hole captured by scientists. Bong Joon-ho’s film “Parasite” was a major cinematic accomplishment for Korea, winning the top prize at the Cannes Film Festival and many more trophies from various North American film awards.

Here are The Korea Herald’s top 10 international and domestic news of the year. 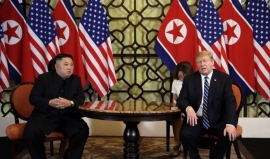 A much anticipated one-on-one talk between US President Donald Trump and North Korean leader Kim Jong-un broke down at their second summit in Hanoi in February, leaving international efforts to denuclearize the communist state in tatters.

In June, the two leaders came together at Panmunjom inside the Demilitarized Zone that separates the two Koreas, creating worldwide headlines, but the process for North Korean denuclearization remains stalled. 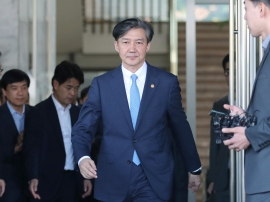 From late summer to fall, South Korea was sharply divided over Cho Kuk, President Moon Jae-in’s choice for justice minister. The prosecution launched a sweeping investigation into alleged irregularities of Cho’s family and relatives, in a move that some viewed as being aimed at derailing his reform plan.

For proponents, the former law professor and Moon’s civil affairs secretary was a crusader for judicial reform, while others saw him as unfit for the job while his family members were under a prosecutorial probe.

Cho resigned after 35 days in the office. His wife, under arrest, is currently being tried on charges including forgery of a document used to support a university application for their daughter.

One of Korea’s worst unsolved serial rape-murder cases had a forensic breakthrough after having lain dormant for over 30 years.

In September, Lee Chun-jae, 56, confessed to the killings of at least 10 girls and women in Hwaseong, Gyeonggi Province, between 1986 and 1991, after DNA testing matched him to three of the deaths.

He is currently serving a life term for the 1994 rape and murder of his sister-in-law and will not face added charges as the statute of limitations on the cases ran out in 2006. 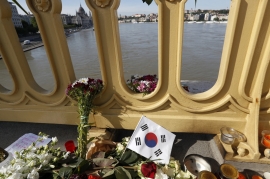 Korea witnessed a string of deadly disasters this year.

On May 29 in Budapest, Hungary, a boat carrying 33 South Korean tourists and two Hungarian crew members sank in the Danube River, after a collision with another vessel. Twenty-five Koreans died, with one still unaccounted for.

In April, fires raged across coastal regions along Gangwon Province for about three days, killing two and destroying homes of 1,524 people. A total of 2,872 hectares of land were burned. 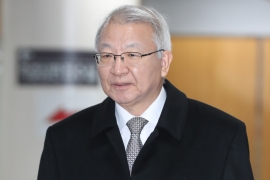 Yang Sung-tae, chief of the Supreme Court from 2011 to September 2017, was arrested on Jan. 24 for peddling influence in trials, in the nation’s first instance of an arrest of a former chief justice, raising questions over the country’s judicial independence.

He is accused of exerting influence on trials in political lobbying with the previous Park Geun-hye administration. The court proceedings for Yang, whom prosecutors indicted on 47 counts, began in May. 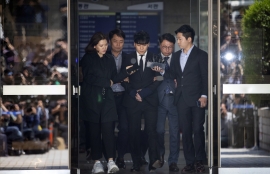 Despite the shining triumph of BTS, the K-pop world as a whole was tainted by a series of sex and corruption scandals in 2019.

A 2018 brawl at a Gangnam nightclub Burning Sun quickly grew into an expose of criminal activities by some of K-pop’s biggest stars, leading to the demise of former Big Bang member Seungri, a co-owner of the club. Yang Hyun-suk, head of YG Entertainment, which was behind Big Bang, Blackpink and other popular K-pop acts, also underwent questioning.

In November, singers Jung Joon-young and Choi Jong-hoon were sentenced to six years and five years in jail, respectively, for rape and destruction of spycam videos. They were part of an online chat group with Seungri where illicit sex videos were shared. 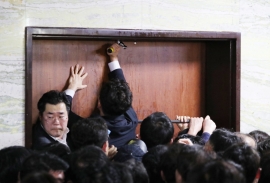 Rival political camps’ bickering over how to change election rules and reform the prosecution took the entire National Assembly hostage, leaving many other bills pertaining to the public’s livelihood in limbo.

In April, lawmakers clashed violently inside the parliament over the contentious bills, which led to a series of complaints filed to the prosecution and persisting antagonism between rival camps. Despite the resistance of the main opposition Liberty Korea Party, the bills are expected to be put to a final vote. 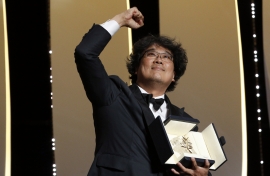 The movie, which depicts the entrenched social class system through the lives of two families, has also garnered rave reviews from critics and viewers in North America. It is currently bagging one trophy after another in the year-end awards season, raising hopes that it may become the first Korean film to be either nominated for or win an Oscar at the 92nd Academy Awards in February. 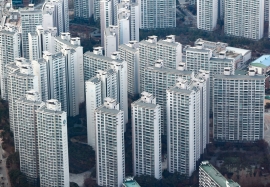 Home prices in Seoul have been spiraling upward in recent years, spurring policymakers to roll out a series of measures, including tightened home-backed loan regulations and hefty taxation.

But as none of them proved sufficient to cool down housing prices, the government on Dec. 17 introduced the toughest-ever steps, including a ban on new mortgage loans for those buying homes worth over 1.5 billion won in areas designated as “speculative” and “overheated speculative.” 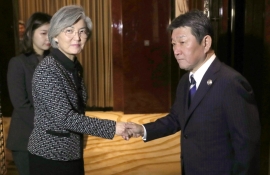 In July, Japan removed South Korea from its export control whitelist, and imposed tougher regulations on the export of key semiconductor-related materials to Korea. In a tit-for-tat move, Seoul did the same to Tokyo, removing the country from among its preferred trading partners.

In November, Seoul made a last-minute decision to keep its critical intelligence-sharing pact with Japan, known as GSOMIA, just hours before a decision on the pact was due, avoiding a further diplomacy debacle.

Trade and diplomatic issues still remain unresolved, despite the latest summit between Korean President Moon Jae-in and Japanese Prime Minister Shinzo Abe, which was the first in 15 months.