[ The Korea Herald – Send E-mail ]
S. Korea’s workforce to see steepest decline among key economies: WTO
By Jung Min-kyung
Published : Dec 9, 2019 - 16:35
Updated : Dec 9, 2019 - 16:35
South Korea’s working-age population is expected to shrink the fastest among key economies over the next two decades, a report released by the World Trade Organization said Monday, with risks tied to the nation’s low birthrate and aging society looming over its economy.

According to the World Trade Report 2019, Korea is unlikely to see an increase in its overall population by 2040, but its workforce is expected to shrink by 17 percent in the same period. This marks the steepest decline in the labor force among key economies including the US, China and Japan. It also runs counter to the global labor force trend of a 17 percent increase in the cited period. 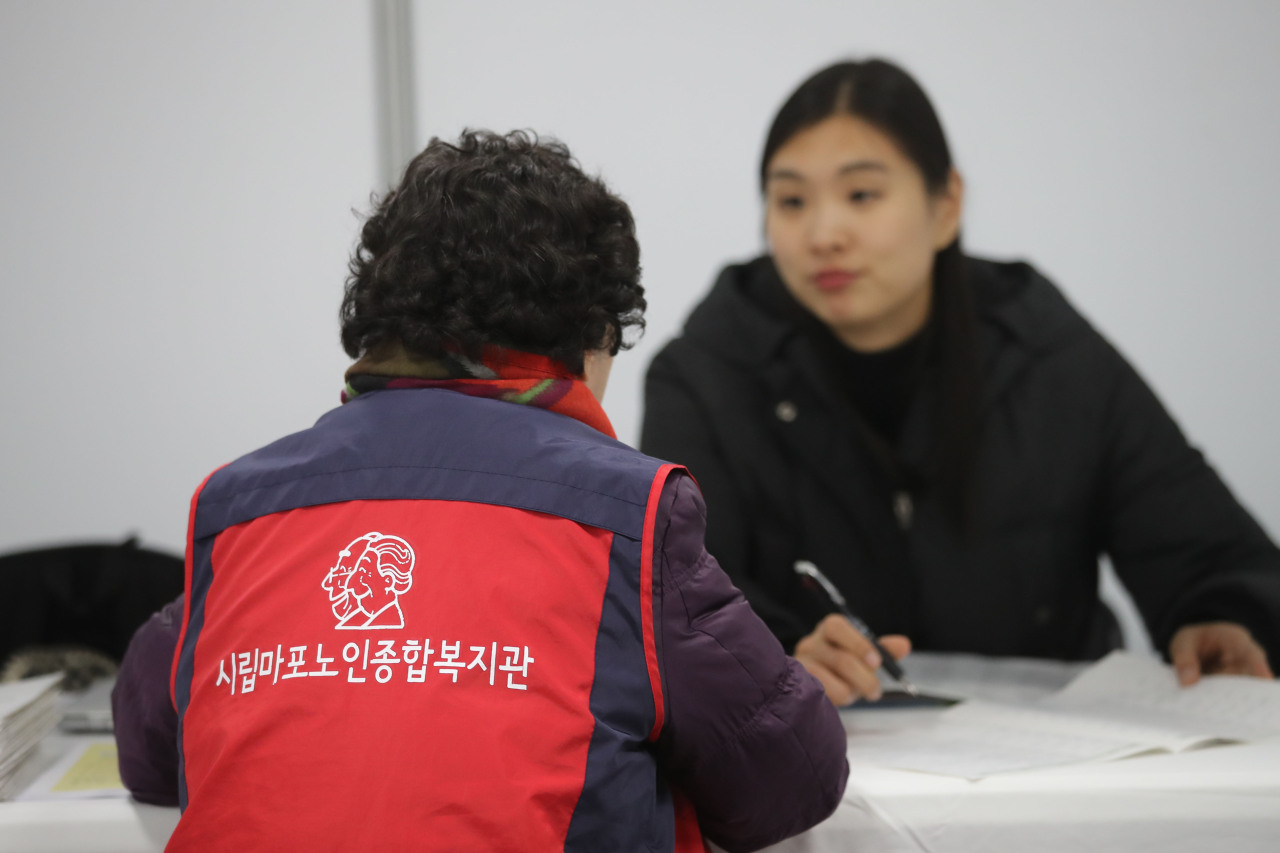 A senior citizen talks with a consultant at a job fair for the elderly in Seoul on Wednesday. (Yonhap)
Trailing behind Korea, both China and Japan are projected to see their workforce shrink by 14 percent. Russia and the European Union will also remain in the negative terrain with an 8 percent and a 4 percent decline, respectively.

Not all economies will see a decline in their working population, with India projected to see the biggest gain at 23 percent and the US an increase of 10 percent in the cited period. The least developed nations of the sub-Saharan African region are expected to see a combined 78 percent gain as well.

By segments that make up the workforce, Korea will see its population of unskilled workers shrink by 51 percent in the next 20 years, the report said. But its skilled labor force will rise 26 percent in the cited period as well.

Unskilled labor, when defined by educational attainment, refers to jobs that only require a high school diploma or dropouts with specific skills. Skilled labor usually calls for higher education and additional skills and includes both white- and blue-collar professions.

Weighed down by the shrinking workforce, Korea’s gross domestic product will increase 65 percent by 2040, below the global average of 80 percent. The figure is below India and China with 226 percent and 141 percent, respectively, but higher than the US, Japan and the EU.

The report noted that while the EU and Korea will not face an overall decline in their populations, it will have to deal with shrinking workforces due to a demographic shift.

A separate report recently released by a research team under Korea’s National Assembly warned that the decline in the working-age population could take a toll on the economy through labor shortages and a drop in productivity. The country’s economically active population, aged 15 to 64, has started to shrink since last year after peaking at 37.7 million, the report said.

According to Statistics Korea, the number of people aged 65 or older stood at 7.68 million this year, accounting for nearly 15 percent of the nation’s population.