[ The Korea Herald – Send E-mail ]
S. Korea to tighten monitoring on outflow of investment by foreigners
By Bae Hyunjung
Published : Dec 9, 2019 - 15:53
Updated : Dec 9, 2019 - 15:53
Addressing the latest drop in investment by foreigners here, South Korea’s government reassured the market on Monday, saying it would enhance monitoring and put a contingency plan into action in the event of further volatility.

“The recent outflow of foreign investments is mostly attributable to the expansion of external uncertainties and the adjustment of the Morgan Stanley Capital International index,” said Kim Yong-beom, first vice minister of finance.

The Ministry of Economy and Finance held a macroeconomy-finance meeting at the Seoul Government Complex, amid mounting concerns about the downtrend. 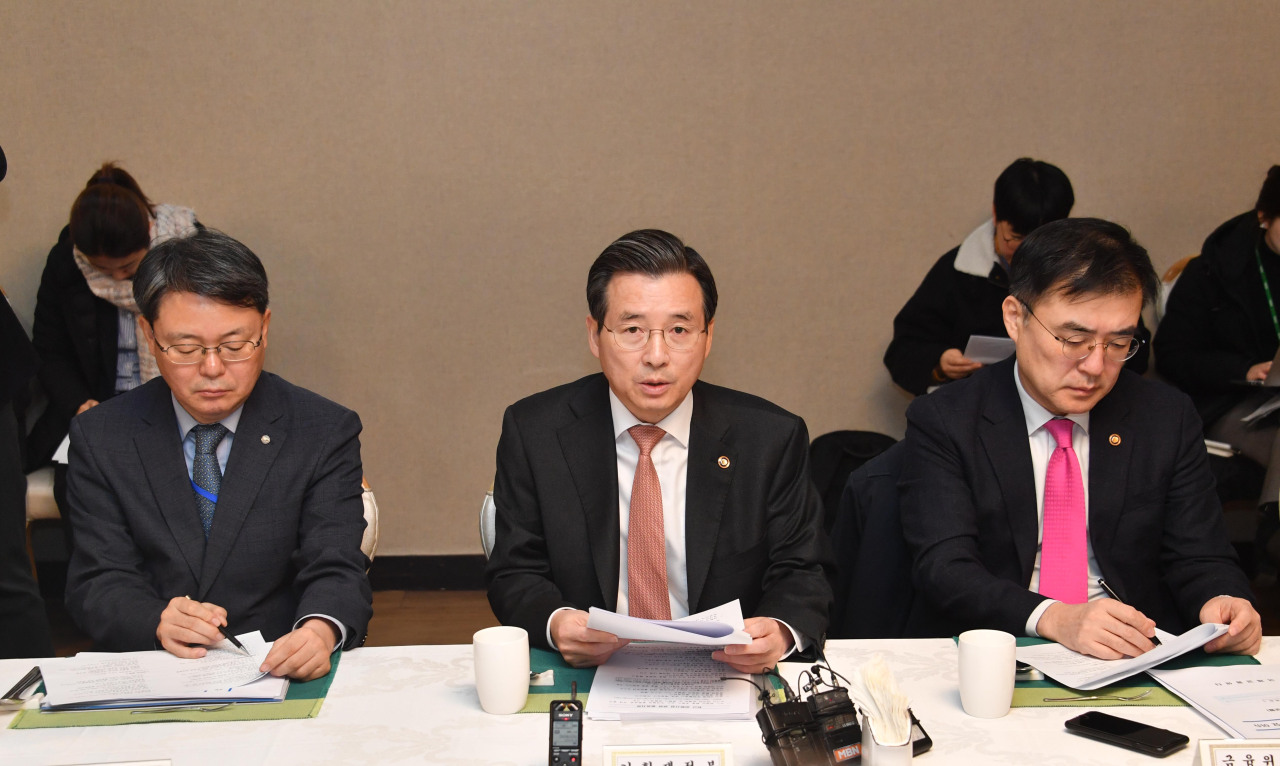 According to the Financial Supervisory Service data on Sunday, the total value of Korean bonds held by foreigners reached a six-month low of 122.3 trillion won ($102.8 billion) as of last Wednesday, down 2.4 trillion won from end-November. Also, selloffs of Korean stocks by foreigners during November alone exceeded 4 trillion won.

“The local stock market has seen the outflow of foreigner investments expand in December due to the MSCI index adjustment and concerns on poor corporate performances,” Kim said.

While the local financial market was under the continued influence of the ongoing US-China trade tension, Morgan Stanley’s recent change to its emerging market index has added to the volatility, according to the senior official.

“Back in May and August when MSCI had adjusted the (corresponding) index, the local financial market showed resilience with the course of time,” Kim added, calling for a wait-and-see approach.

Data from the stock market operator Korea Exchange also showed that despite concerns about the recent selling spree, accumulated net selling by foreigners stood at 800 billion won as of last week, accounting for only 14 percent of last year’s net total of 5.7 trillion won.

There is, however, also the possibility that the level of volatility may escalate down the road, should the US end up imposing its earlier proposed extra 15 percent tariff on Chinese products next week, the vice minister admitted.

“The government will enhance the level of monitoring on the financial markets here and abroad and react in a swift and drastic manner according to the contingency plan, in case of expanded volatility,” he said.

As for the current tense mood between the US and North Korea, Kim anticipated that its consequences for Seoul’s financial market would remain limited.