During half-hour phone talks, they also agreed that the recent situations on the Korean Peninsula are “severe” and “dialogue momentum should be maintained to achieve prompt results from denuclearization negotiations,” according to Cheong Wa Dae spokesperson Ko Min-jung.

Moon and Trump had “in-depth consultations” on ways to move forward the peace process and agreed to have a phone conversation whenever it’s needed, Ko added.

Earlier this week, North Korea resumed its verbal attacks against Trump in response to his apparent warning message made during his trip to Britain for a NATO summit.

Trump did not rule out the possibility of using military force against the communist regime, again calling its leader Kim Jong-un “Rocket Man.” 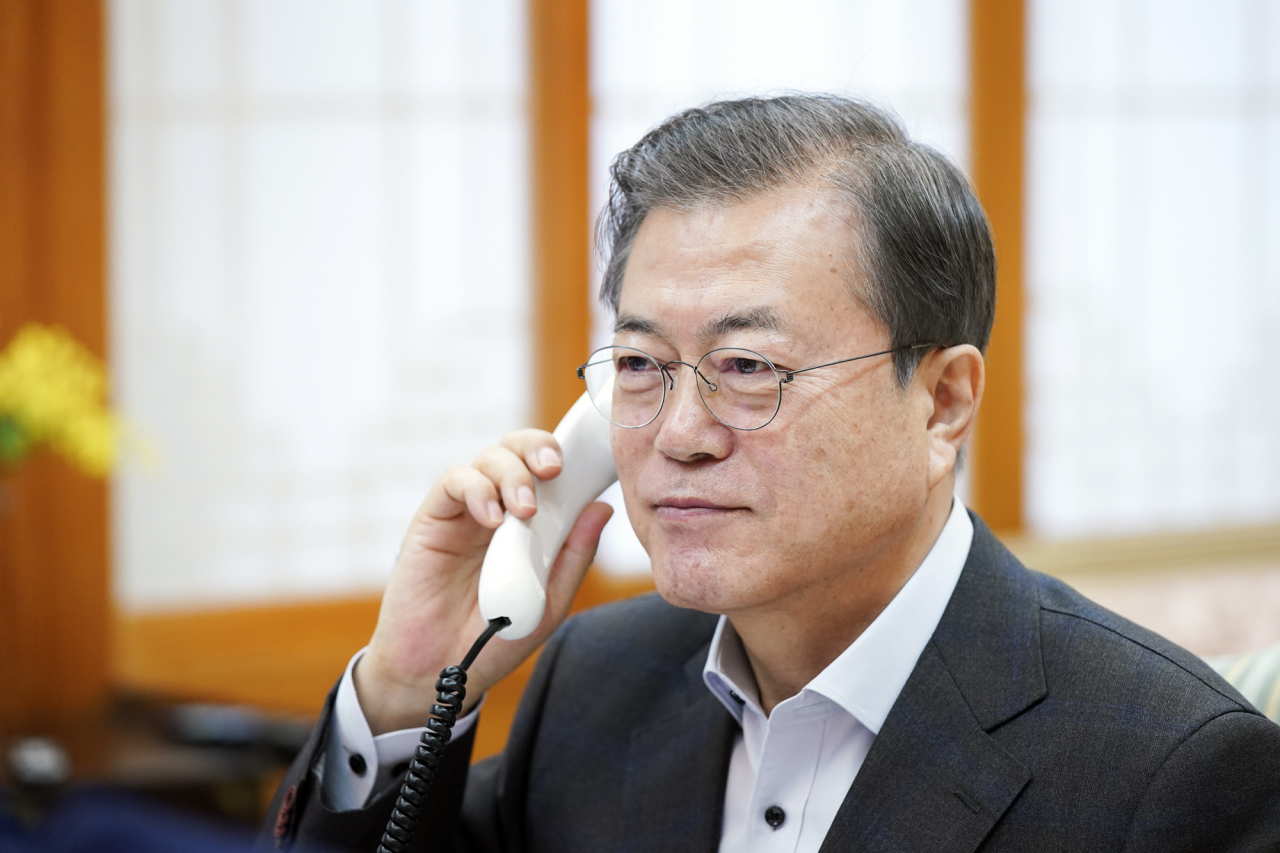 South Korean President Moon Jae-in speaks to US President Donald Trump on a phone at Cheong Wa Dae, Seoul, on Saturday. (Yonhap)
The North's foreign ministry hit back at Trump. If he was deliberate and confrontational in mentioning use of force, it should be “diagnosed the relapse of the dotage of a dotard,” Vice Foreign Minister Choe Son-hui was quoted as saying by Pyongyang’s state news agency, Korean Central News Agency.

Pyongyang has set a year-end deadline for Washington to offer concessions in nuclear talks. It has threatened to terminate the dialogue phase and adopt a “new way” in case the US refuses to change tack. (Yonhap)