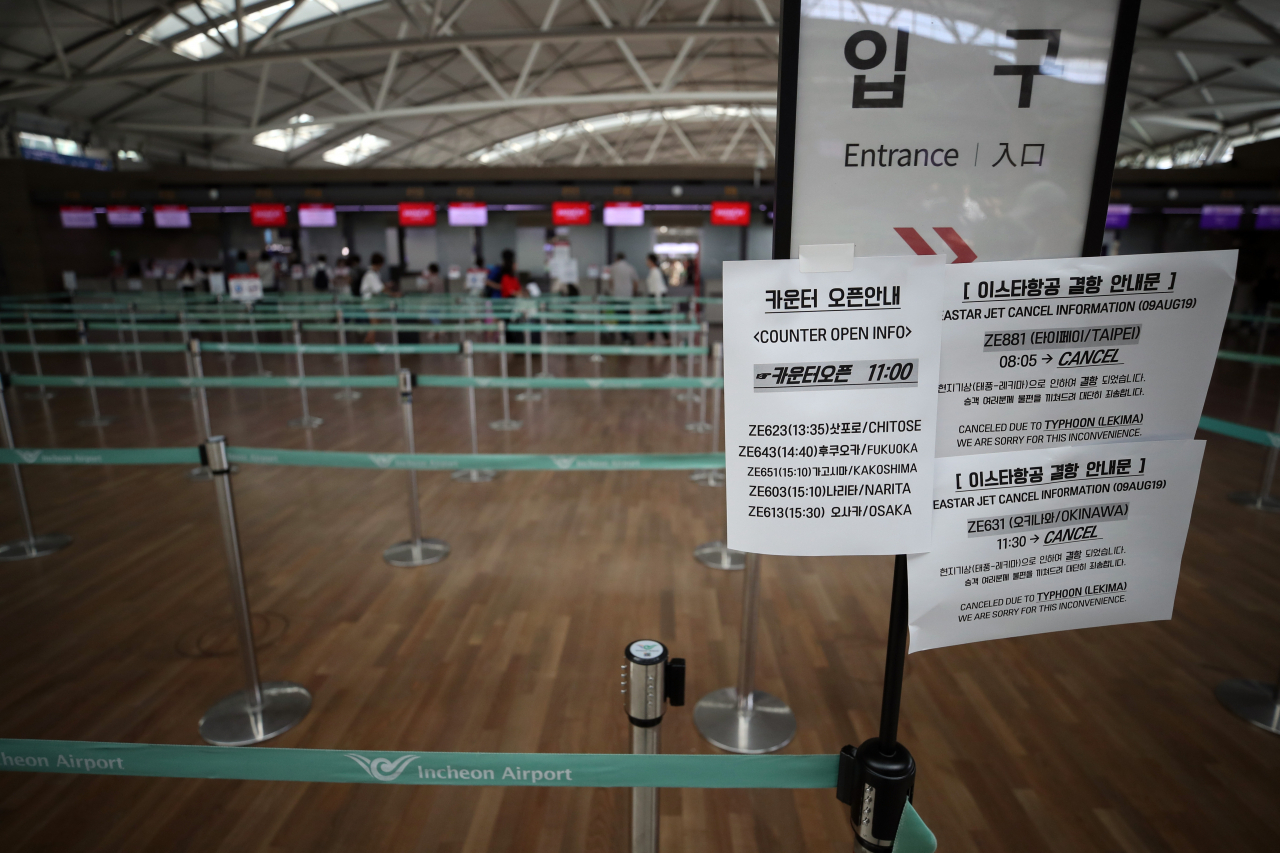 (Yonhap)
Among the country’s provincial airports, Muan Airport and Yangyang Airport did not operate Japanese routes in November.

Only 503 passengers flew to Japan from Cheongju Airport, a decrease of more than 90 percent compared to the previous year. Daegu Airport had 21,296 passengers using Japanese routes, down 76.7 percent on-year.

The number of passengers flying to Japan from Gimhae Airport and Jeju Airport dropped 62 percent and 45.3 percent, respectively.

At Incheon Airport, where up to 19 routes to Japanese destinations are operated, 612,723 passengers used such routes, down 39.7 percent on-year.

Gimpo Airport saw the number of passengers using its two Japanese routes -- to Kansai and Haneda -- inch down 13.8 percent.

Despite the decline in passenger numbers, some local air carriers recently resumed operations of their Japanese routes.

“But the Japanese routes can be suspended anytime according to the market situation and passenger demand, as the local air carriers have full authority to add or pull out such routes based on the agreement clinched between the two countries, unlike for Chinese routes that need the Chinese government’s approval for reoperation,” an industry insider told The Korea Herald.

Following a nationwide boycott of traveling to Japan since July, Japanese tourism has been significantly affected, according to industry watchers. About 7.5 million Koreans visited Japan last year, spending at least $5.5 billion.