Speaking in London he is attending a NATO summit, Trump said Tuesday that the only limiting factor to reaching an agreement with China is whether he wants to make a deal.

Asked about his previous goal of reaching an agreement by years‘ end, Trump told reporters, ’"I have no deadline, no." 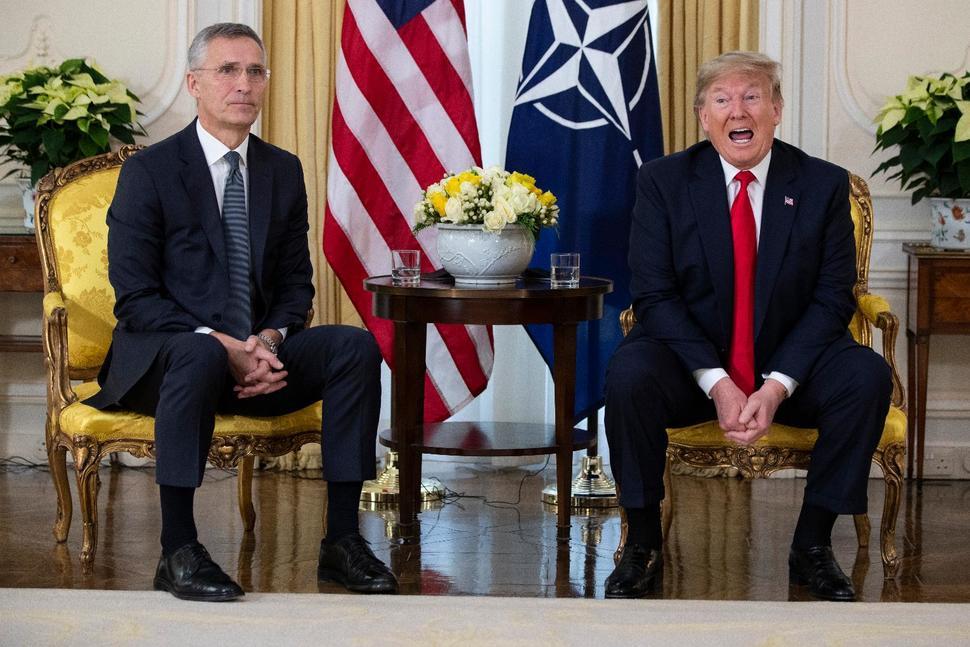 US President Donald Trump speaks during a meeting with NATO Secretary General, Jens Stoltenberg at Winfield House in London, Tuesday, Dec. 3, 2019. US President Donald Trump will join other NATO heads of state at Buckingham Palace in London on Tuesday to mark the NATO Alliance's 70th birthday. (AP)
Tensions between the two nations flared anew last week after Trump signed legislation expressing US support for pro-democracy demonstrators in Hong Kong.

The US-China trade talks face a Dec. 15 deadline for new US tariffs to kick in on many Chinese-made items, including smartphones and laptops.

Pressure is building on both sides to complete what Trump has called a limited "phase one" deal before the deadline, though Trump could end up postponing the tariffs, as he did in October, to allow more time for negotiations. (AP)