The advertisement for the US market goes as follows: “Wondering how OLED works vs. QLED and LCD TV that has to use backlight? The LG OLED pixels emit their own individual organic light for a TV viewing experience designed to literally take your breath away. … In fact, QLED is simply LCD TV technology under a different name.” 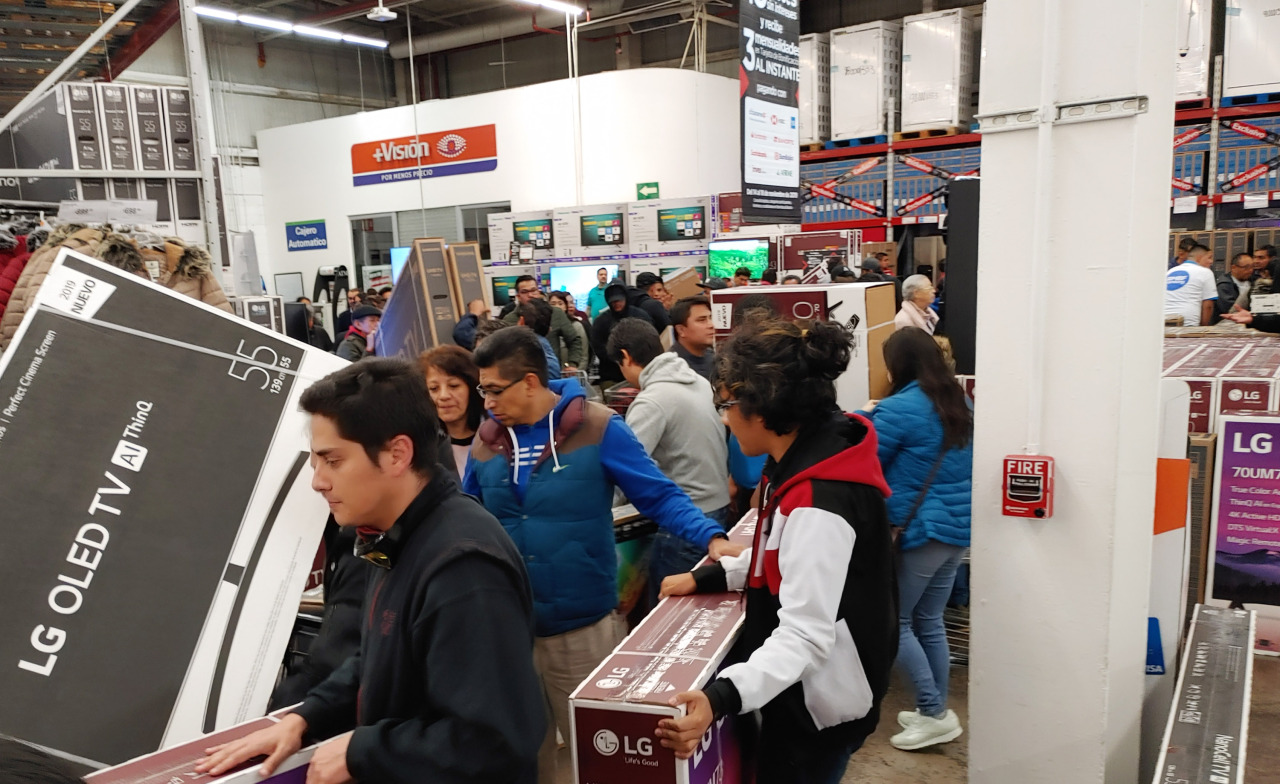 Consumers buy LG OLED TVs in Mexico City last week. (LG Electronics)
Considering that the US is the biggest market for both the Korean tech giants for their TV businesses, LG’s expansion of the campaign is being viewed by market watchers as its decision to up the ante in the battle.

This year, Samsung has been aggressively expanding its marketing and sales activities for QLED TVs globally.

The world’s top TV manufacturer with a 30.3 percent share as of the third quarter managed to ramp up sales of its flagship premium QLED TVs in the July-September period, according to data by IHS Markit.

“LG planned this global-level marketing scheme to make consumers understand the technological difference properly despite Samsung’s misleading brand marketing,” said a company official. “The CES 2020 (taking place in January) might see the second round of TV war between LG and Samsung.”

In response to LG’s skepticism about the backlight, Samsung said in TV commercial last month that large-size screens need it because they require brighter and longer-lasting light.