The move by the financial institutions, who have a combined $73 billion of assets under management, comes after two local public pension funds -- Korea’s Teachers’ Pension and Government Employees Pension Service, with $22 billion in assets -- made a similar announcement last year.

“The exit from coal projects is a basic move, yet the most practical and powerful way for a financial institution to support measures to tackle fine dust pollution and climate change,” the firms said in a joint declaration during a ceremony in Seoul. 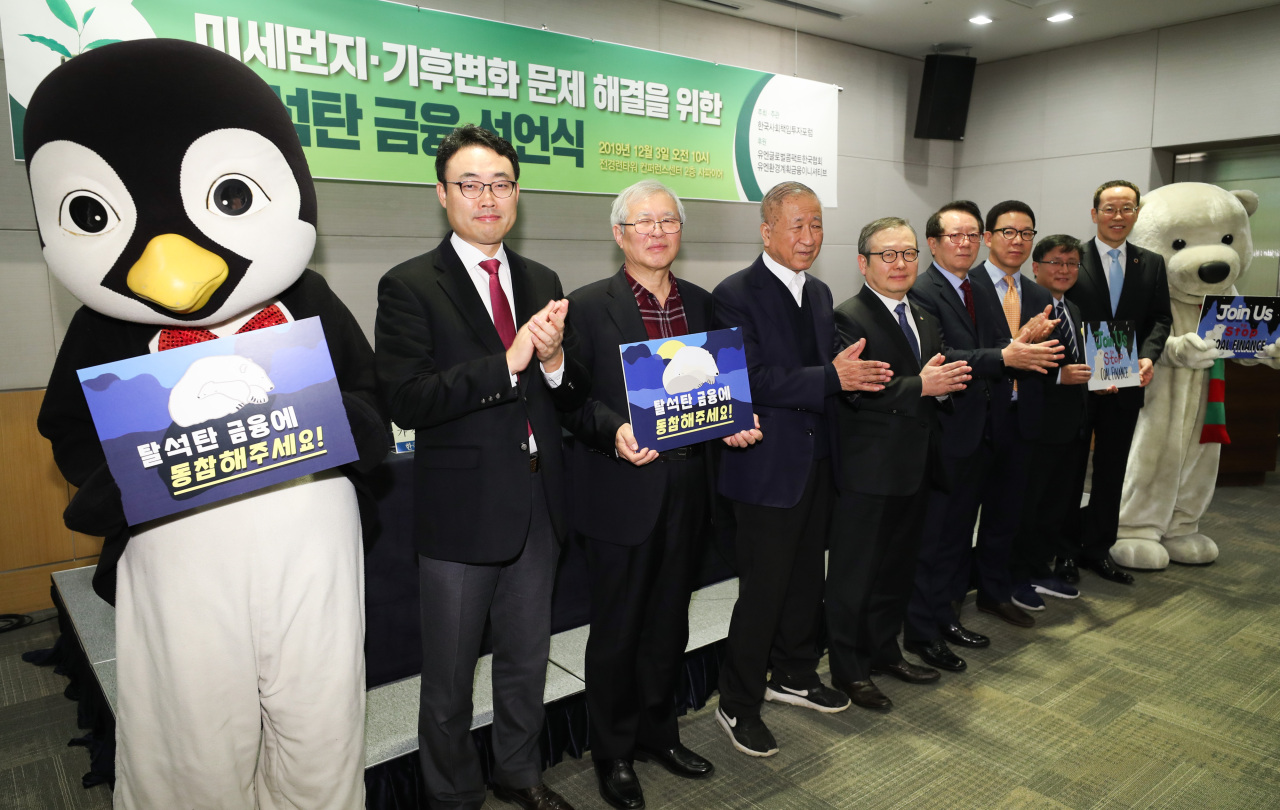 “It is also the most sustainable way to provide financial services to our customers, policyholders and pensioners. We will cooperate with other public and private financial institutions to lay the ground for phasing out coal project financing and increase investments in renewable energy.”

DB Insurance, with $31 billion in assets under management, became the first private financial institution in Korea to join the environmental movement.

“Property and casualty insurance are sectors most affected by and vulnerable to climate change,” said Kim Jeong-nam, president and CEO of DB Insurance, in a statement.

“We’ve prepared measures to cope with the climate crisis. Together with the authorities, we’re developing and providing products and services that can accommodate social and environmental demands.”

Korea has been facing growing calls from the international community, including World Wide Fund for Nature and Greenpeace, to stop financing coal projects, which are considered the main culprit for fine dust pollution that causes around 800,000 deaths per year.

The nation is the second-largest investor in the global coal financing market.

Over the last decade, around $9.2 billion of Korea’s public funds have been invested in the construction of coal power plants in seven countries, according to Greenpeace. Among them, Export-Import Bank of Korea and Korea Development Bank financed $5.2 billion and $270 million, respectively.

“Although Korea has stopped building coal plants, it still invests in Southeast Asian coal projects. That is the shameful reality. Today’s announcement will be a turning point for other financial organizations to follow suit and join the environmental movement,” Rep. Kim Sung-hwan of the ruling Democratic Party said.

During the ceremony, the Korea Sustainability Investing Forum, a local civic group that has led the campaign, revealed a list of their “targets” for next year to accelerate the goal to end coal project financing.

Globally, major financail institutions s have already removed coal from their funding portfolio. As of December, 1,145 global institutions with total assets under management of $11.54 trillion have joined the global “Fossil Free” campaign.

The campaign, led by international nonprofit organization 350.org, aims to reduce atmospheric CO2 to 350 parts-per-million from the current level of 400 ppm.