“Ultimately, the most important principle is that the negotiations must contribute towards the Korea-US alliance and joint defense posture,” Jeong Eun-bo, the top envoy to the Special Measures Agreement negotiations, told reporters as he arrived at Washington’s Dulles International Airport ahead of the fourth round of talks scheduled for Tuesday and Wednesday. 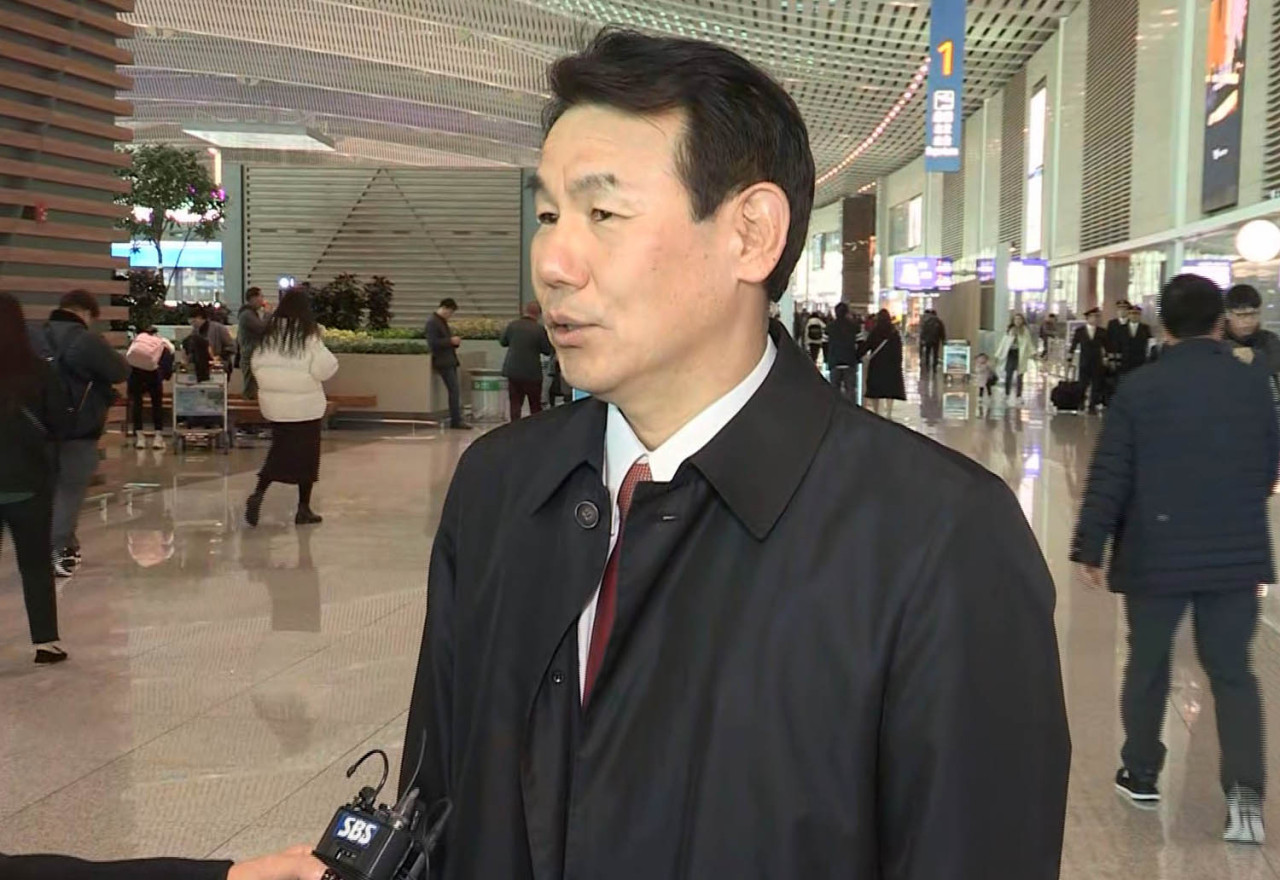 Jeong Eun-bo (Yonhap)
Under the current SMA, Korea pays the wages of Korean workers hired by US Forces Korea. It also covers costs for military construction and logistical support.

Washington has demanded that Seoul also shoulder part of the expenses for supporting American civilian workers at USFK and their families; for rotating USFK troops with mainland forces every six to nine months; and for offshore training exercises.

Korea has stated that it cannot accept these new demands.

The previous round of SMA talks in Seoul last month was cut short as US chief negotiator James DeHart walked out of the meeting, saying Korea’s proposals were “not responsive to our request for fair and equitable burden-sharing.”

Washington is reportedly asking Seoul to pay some $5 billion annually for the upkeep of US troops in Korea, more than five times the amount that Seoul is paying this year.

In response to a question on whether Seoul had drawn up a new proposal, Jeong said some alternatives had been suggested, without elaborating.

Jeong mentioned that he and DeHart had continued to communicate closely after the third round of talks fell through.

While the principle is to strike a deal by the end of the year, it was difficult to make predictions, he said.

“The two countries still share an understanding of the alliance and the joint defense posture. I believe we will be able to produce a win-win result if we continue discussions with patience,” he said.