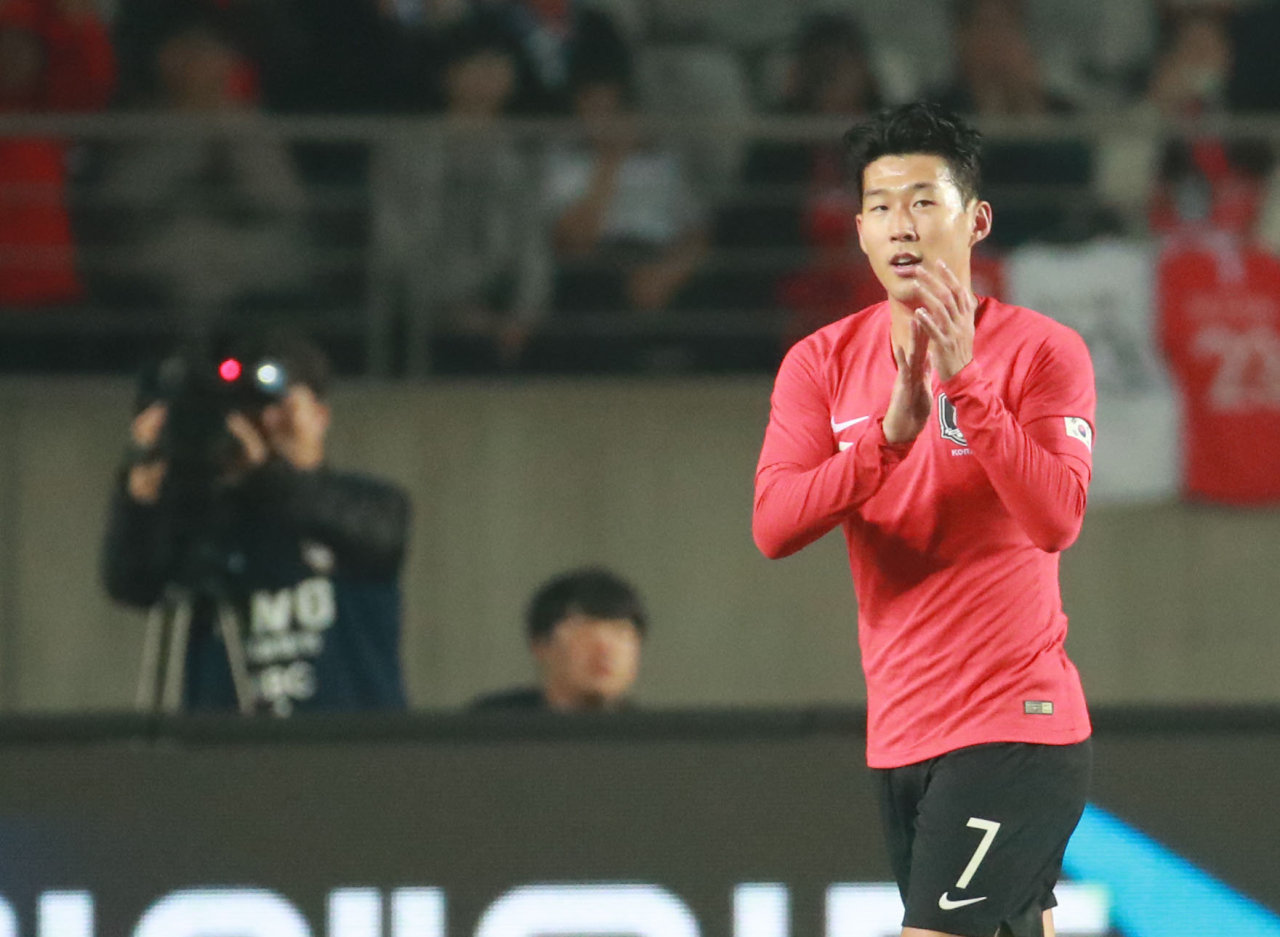 (Yonhap)
Presented by "France Football" magazine, the Ballon d'Or recognizes the best in football in a poll of international journalists.

Son was the first Asian player to be nominated since Younis Mahmoud of Iraq in 2007. Mahmoud finished 29th that year and had been the only Asian to appear in the top 30 final rankings before Son.

Two South Korean players had been nominated for the Ballon d'Or: former Anderlecht forward Seol Ki-hyeon in 2002 and ex-Manchester United midfielder Park Ji-sung in 2005. But there were 50 candidates in those years and neither Seol nor Park earned a vote.

Son scored some key goals to lift Tottenham Hotspur to their first UEFA Champions League final in June, where they fell to Liverpool. Son ranked second on the team behind Harry Kane with 12 goals in the Premier League during the 2018-2019 season and had 20 goals in 48 matches across all competitions.