With brokerage CEOs’ terms to end, are reshuffles on the cards?

The chief executives of around 10 major brokerages in South Korea are set to end their terms in the first quarter of 2020, data from the Financial Supervisory Service showed Monday, signaling an industrywide leadership reshuffle.

But market watchers also expect many of them to extend their average two-year terms based on their performance. CEOs who led strong earnings this year are likely to retain their positions due to the lack of major issues that usually prompt a reshuffle, according to Hwang Sae-woon, a researcher at the Korea Capital Market Institute. 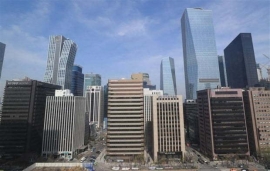 Mirae Asset Daewoo’s Executive Vice Chairman and CEO Choi Hyun-man’s term as CEO will end on March 31. Its co-CEO Cho Woong-ki, is also scheduled to step down on the same day.

But according to a spokesperson, the nation’s No.1 brokerage by market cap is cautious about a leadership reshuffle now.

“We are not making any key decisions regarding our management until the shareholders meeting next year,” a spokesperson for Mirae Asset Daewoo told The Korea Herald.

“We also recognize and acknowledge our robust performance this year,” the spokesperson added, hinting that both the CEOs will continue to lead the firm. 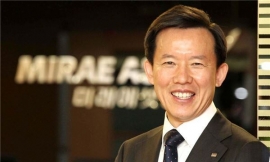 Besides Mirae Asset Daewoo, several others have also managed to log solid profits despite the risks that have dragged down global stock markets, due to the ongoing US-China trade conflict and pro-democracy protests in Hong Kong.

Instead of waiting for a market recovery, many have turned to investment banking as a new source of revenue. The sector has been replacing traditional commission income sources such as stock trading and wealth management for major securities firms here, their earnings reports showed.

NH Investment & Securities CEO Jeong Young-chae, who was appointed as CEO in March last year, is also likely to retain his seat following the firm’s strong balance sheet with net profit of 359.9 billion won this year till end-September. The corresponding figure for 2018 came to 361.5 billion won. 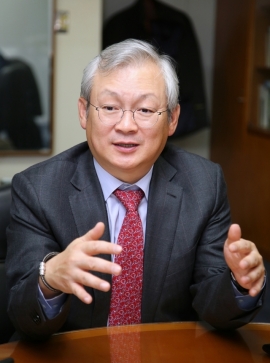 Korea Investment & Securities CEO Jung Il-moon too may continue in his position, with its January-September net profit increasing nearly 30 percent on-year to 533.3 billion won. His predecessors have extended their terms after board approval, as the company signs one-year contracts with its CEOs -- shorter than the industry average.

The CEOs of Hyundai Motor Securities, IBK Securities and Kyobo Securities are also likely to extend their terms, with a strong performance this year.

Meanwhile, there are some who are less likely to continue, having failed to keep up with their peers.

Daishin Securities CEO Na Jae-chul who was appointed in April 2012 is likely to step down after completing his eight-year term. He has extended his term twice.

The CEOs of Yuanta Securities and DB Financial Investment are also on shaky ground, as their accumulated net profit has declined nearly 30 percent on-year in the January-September period to 61.4 billion won and 48.6 billion won, respectively.

SK Securities’ net profit jumped 184.7 percent to 28.5 billion in the first nine months of the year, but local private equity fund operator J&W Partner’s acquisition of the former brokerage unit of conglomerate SK Group last year is likely to lead to a leadership shakeup, an official at the firm told The Korea Herald.