The Embassies of Chile, Colombia, Mexico and Peru in collaboration with the Korea Film Archive are to hold the festival from Dec. 10-15, offering eight films across genres, including documentary, drama, comedy and suspense. 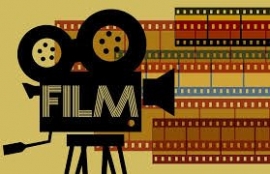 The opening ceremony will be held at Dec. 10 at 2 p.m. at the Korean Film Archive in northwestern Seoul.

Admission is free and details of the program are available at https://eng.koreafilm.or.kr/cinematheque/programs/PI_01246.