The transaction, reaching up to 1.4 trillion won ($1.19 billion), was the second biggest in the history of Korean biopharma research and development at the time. Janssen was interested in Yuhan’s lazertinib pipeline for third-generation lung cancer.

Since then, Gilead signed a deal worth 878 billion won to jointly research a nonalcoholic steatohepatitis (NASH) drug candidate with Yuhan in January, followed by Boehringer Ingelheim to co-develop combination NASH treatment YH25724 in July for 1 trillion won.

Yuhan’s deals were seen to epitomize the Korean industry’s shift from its previous focus on a contract service provider role to an innovator of its own proprietary therapeutics and molecules. 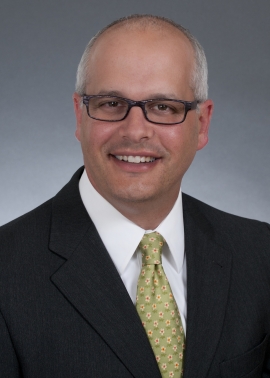 And behind these global megadeals was Joshua Hofheimer, a partner at US law firm Sidley with 20 years of expertise in biotech and agri-science transactions. He has represented Yuhan in the deals.

“There are no doubts about Korean scientific expertise,” Hofheimer said in an interview with The Korea Herald. “While different companies have strong pipelines, Yuhan was able to take its science and products a little bit further by assuring the competency of the entire staff and not just the scientists.”

And he pays attention to restrictive covenants, intellectual property leakage and changing control provisions when structuring intellectual property and tech licensing deals. Restrictive covenants are terms that unfairly prevent the biotech from partnering with others in unrelated areas. Changing control provisions, meanwhile, must be structured in a protective way, so that if the company is acquired, the acquiring party is not suddenly exposed to all of the obligations that the biotech agreed to.

“The important thing is to have a rich pipeline,” Hofheimer said, “At some point your asset will fail.  But if you develop your pipeline successfully, then you also are developing deep scientific expertise, notwithstanding individual asset failures.”

“People say Korean investors are risk-averse, but the same thing happens in the US. Lots of money comes to these prerevenue, early-stage companies, and when they have failures they get overpenalized by the markets,” Hofheimer said.

He assessed that Korean bio firms, unlike bigger Japanese companies, have the advantage of faster decision-making through empowered deals team.

“(Negotiation with Korean firms) is much more fluid, and feedback is given and taken during the process without having to take the matter back to the leadership for separate discussions,” said Hofheimer.

Hofheimer has been dealing in biotech transactions since 2001. He was responsible for the largest collaboration deal, apart from acquisitions, of Nektar and Bristol-Myers Squibb’ proprietary drug partnership. In the transaction that he structured, BMS paid Nektar $1.85 million in cash upfront, with the promise of an additional $1.8 million in milestones and a claim to 65 percent of the sales for Nektar. He also negotiated the largest agricultural science deal between Monsanto and BASF in 2007, for a deal worth $1.25 billion for plant genes.

Hofheimer was with Sidley from 2003 to 2008. He also ran Australian stock exchange-listed biotech firm Hexima as its CEO. He returned to Sidley in 2011.

He currently represents two other Korean biotech firms whose project details are confidential.