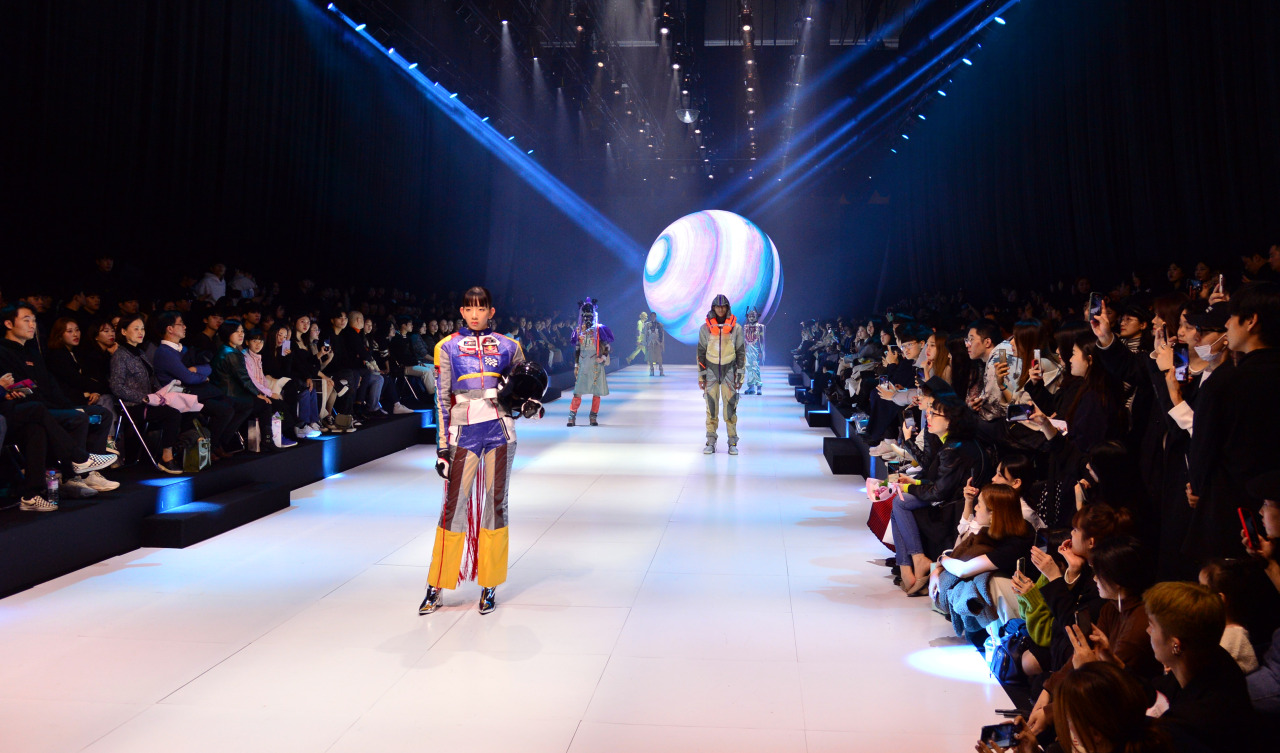 Models pose on the runway wearing creations made by local university students who study fashion design, at Bexco Auditorium in Busan on Sunday. (Park Hyun-koo / The Korea Herald)
The highlight of the four-day event was Monday’s ASEAN Fashion Show, during which designers from ASEAN countries presented their creations on the runway.

A hanbok fashion show was held as part of the event, featuring models in hanbok creations walking the runway while a performance of traditional Korean dance took place toward the back end of the catwalk.

The hanbok designs had modern touches, and matching the mood, the music changed back and forth between traditional music and contemporary electronic music. 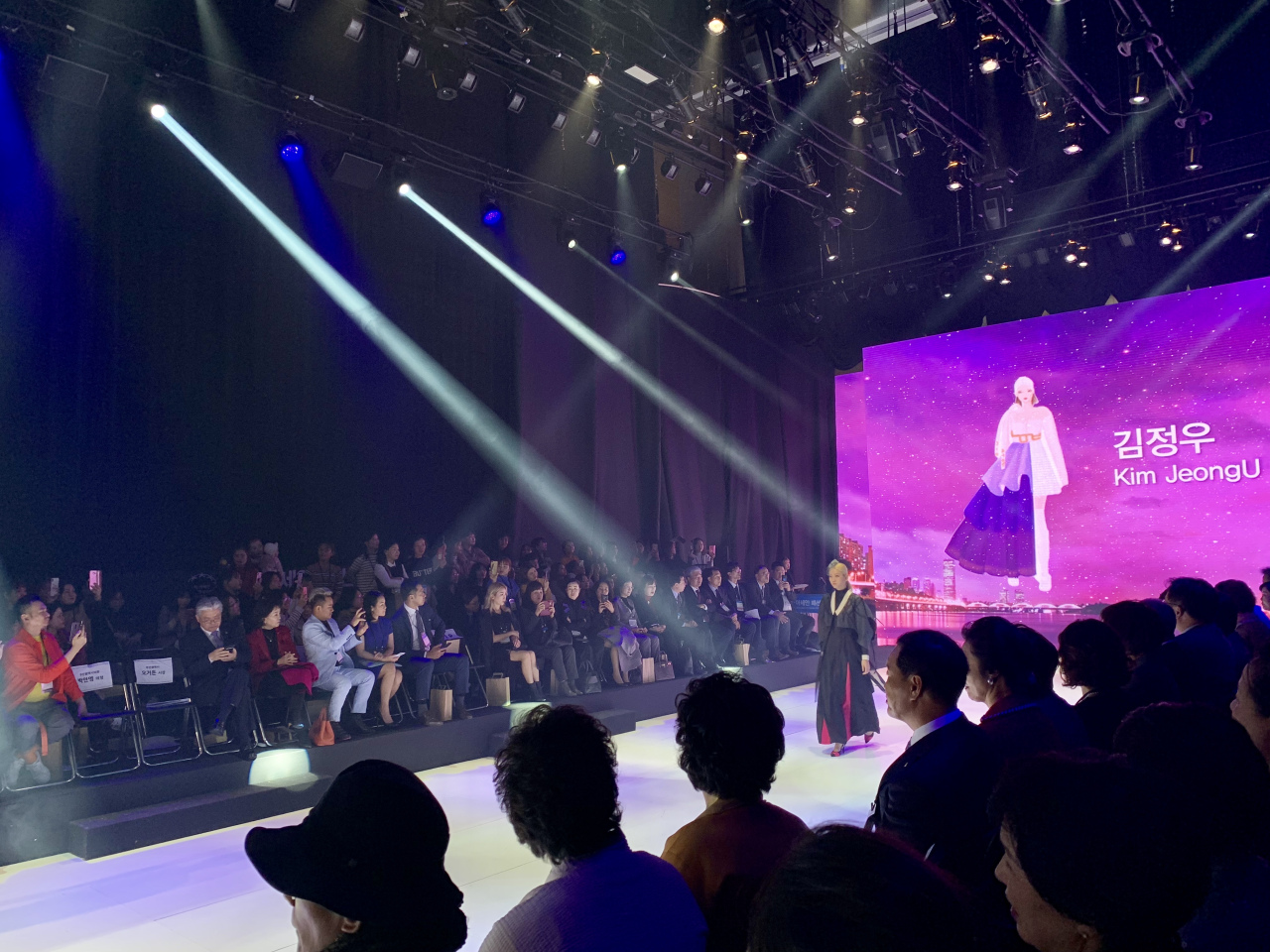 Models present creations by rookie designers based in Busan on Monday. The garments were made with fabrics created by masters from Busan. (Im Eun-byel / The Korea Herald)
Busan-based rookie designers had a chance to showcase their creations as well. They collaborated with veteran designers to create modern garments inspired by hanbok, using fabrics created by master weavers from the Busan area.

The creations challenged the definition of hanbok, showing the public that hanbok is more than just traditional costumes.

First lady Kim Jung-sook was among those attending the event.

The festival kicked off Friday with a fashion show featuring fashion brands such as Lee Mi Kyung Boutique, Danco’Lee and Lee Young-hee Presents.

On Saturday and Sunday, university students from Busan who study fashion design had a chance to introduce their creations.