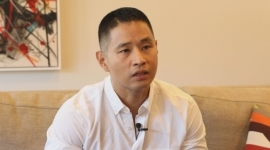 With the exception of a brief visit, the Korean-born singer and actor has been banned from his birth country since 2002, when he became a naturalized US citizen and evaded his mandatory military duty in Korea.

Korea’s Military Manpower Administration and its Justice Ministry imposed the ban on the grounds of “safeguarding the interests and safety of the state,” pursuant to the immigration law.

In October 2015, Yoo petitioned a Korean court to reverse the consulate’s decision not to issue him an F-4 visa.

Lower courts ruled against him, but the Supreme Court disagreed, saying the consulate “had not looked into the reason behind the Justice Ministry’s decision.” The top court turned the case back over to the Seoul High Court.

Seoul’s Foreign Ministry immediately responded to the Friday ruling, saying: “We will ask the Supreme Court to review the case again. We will be closely coordinating with the MMA and Justice Ministry in the process.”

Yoo contends that his entry ban is unfair, arguing that others who had obtained foreign citizenship for the same reason had not faced the same penalty.

The F-4 visa allows its holders to enjoy most of the same privileges extended to Korean citizens. In light of this, the consulate reportedly maintains it has no obligation to grant one when Yoo can still visit Korea on a more restrictive short-term stay or tourism visa.