The picturesque Gwangan Bridge and the skyline full of luxurious skyscrapers along Haeundae Beach give a stunning first impression, similar to those of other maritime cities such as Hong Kong and Singapore.

But if there’s one thing that sets South Korea’s second-largest city of 3.4 million apart from other tourist destinations, it is probably the city’s heritage as a refuge for people displaced by the 1950-53 Korean War. 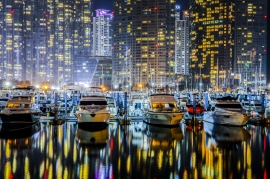 Busan was the provincial capital of South Korea for 1,023 days during the war. People from all over the peninsula fled the horror of war and settled down in Busan, creating a unique mix of cultures that still gives the city a large part of its appeal. A glaring example is the must-visit Gamcheon Culture Village, once a poor refugee village with tiny hillside houses and labyrinth-like alleys.

“Busan, with its culture, history and vitality, has enough reasons to become the No. 1 travel destination in Korea,” proclaims Busan Mayor Oh Keo-don.

The number of foreign tourists visiting Busan stood at 2.47 million last year, up 77,000 from a year earlier. The mayor is aiming for 3 million foreign tourists this year and 4 million next year.

This month, the city will get another boost to its international profile as it plays host to the Korea-ASEAN Commemorative Summit from Nov. 25-26 and the ensuing Korea-Mekong Summit on Nov. 27. It is the biggest diplomatic event to be held in Korea since President Moon Jae-in’s inauguration in May 2017. 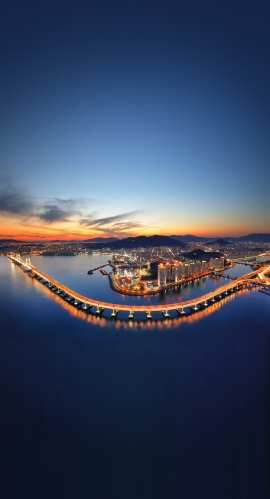 Busan Metropolitan City is gearing up for a charm offensive, vowing to make the top-level diplomatic meeting “a festival for all.” A host of activities are planned throughout the month, spotlighting ties between Korea and Southeast Asian nations in the realms of culture, business and people-to-people interaction.

One such effort is the Korea-ASEAN Food Street, which opens Friday in Jeonpo-dong for a run through Nov. 27. Chefs from the 10 member states of the Association of Southeast Asian Nations will cook up representative dishes from their respective countries at street-side pop-up stores for visitors to sample, while their Korean counterparts will present their own creations. 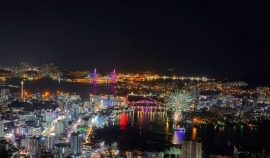 Haeundae Beach and nearby bridges and buildings will be decked out in dazzling lights from Saturday as part of the city’s year-end celebrations, which in previous years started in late November.