Park signed his new contract at a press conference with the Vietnam Football Federation (VFF) here on Thursday. He'll continue to coach both the men's senior and under-23 national teams. The new contract will have two guaranteed years with an option for a third year.

Financial terms of the deal were not disclosed. Park has been making US$240,000 per year on his current deal, which was to expire in January next year. Park's new deal is reportedly the largest ever for a coach for the Vietnamese national team. 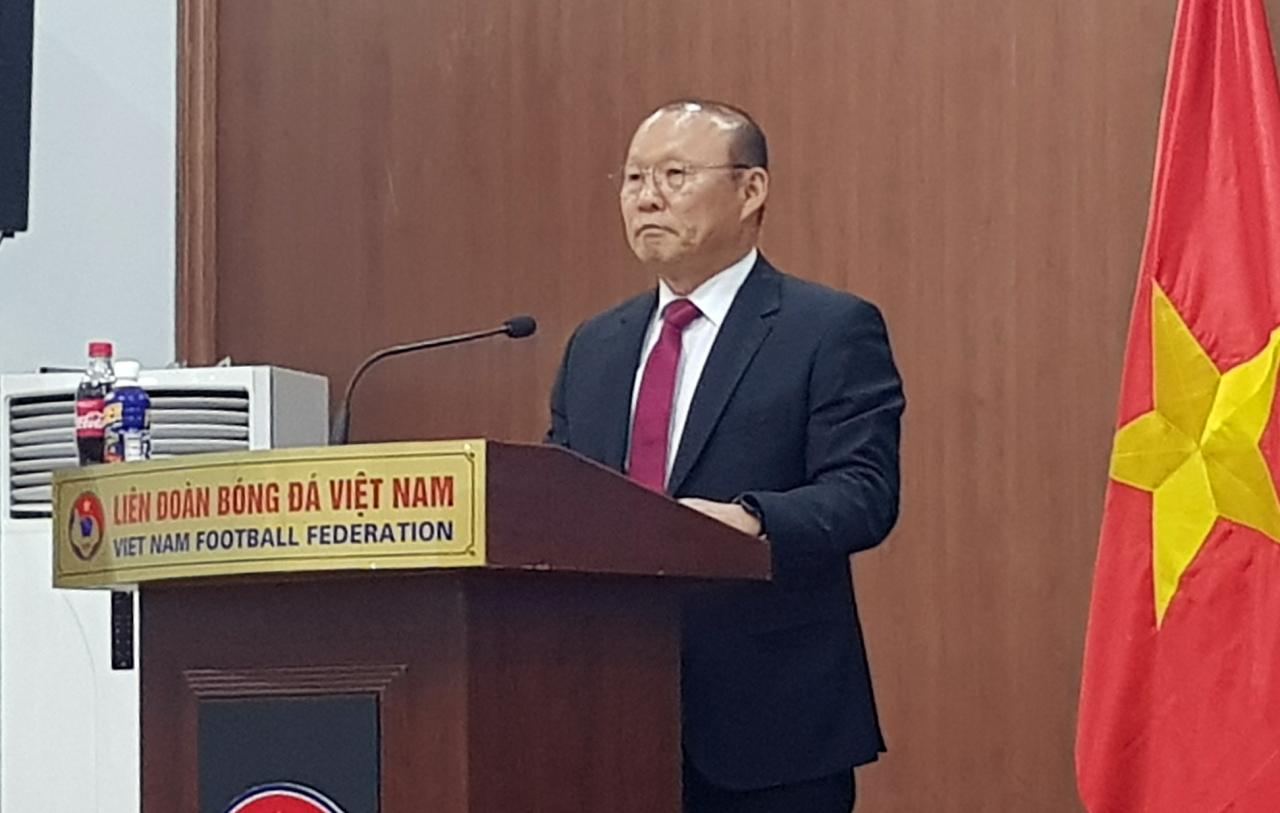 (Yonhap)
Local media also reported that the VFF has signed a new corporate sponsorship deal with a major company in the country to help pay for Park's salary.

"I am grateful and honored to be with Vietnam, and I feel a great weight of responsibility," Park said. "I believe the

Vietnamese people's expectations will go even higher after this signing, and I'll try to do the best I can."

Park, 60, has worked magic with both the senior men's and the under-23 men's teams in Vietnam since taking over in October 2017.

the semifinals at the 2018 Asian Games. Vietnam also won the 2018 Suzuki Cup title over Malaysia last December for their first regional championship in 10 years.

And at the Asian Football Confederation (AFC) Asian Cup in January this year, Vietnam reached the quarterfinals for the first time in a dozen years.

Vietnam are competing in the second round of the Asian qualification for the 2022 FIFA World Cup. They're in second place in Group G behind Thailand with seven points. The eight group winners and the four-best runners-up will reach the third round.

Vietnam have never played at the World Cup.

Park said he contemplated leaving Vietnam while still on top but added, "This could be my last contract as a coach and I wanted to stay with my coaching staff."

"Over the past two years, South Korea and Vietnam have developed a close connection with football as the medium," Park said. "I am pleased to have contributed to the fostering of the bilateral ties, and I'll try to serve as the bridge between the two countries." (Yonhap)