Son Heung-min (Reuters-Yonhap)
The attacking ace for Tottenham Hotspur netted two goals in the Premier League club's 4-0 victory over Red Star Belgrade in their Group B match of the UEFA Champions League at Red Star Stadium in Belgrade on Wednesday (local time). Son now has 123 goals in his European career, breaking a tie with former Bundesliga star Cha Bum-kun's mark of 121 for most by a South Korean player on the continent.

Son moved past Cha by converting a Dele Alli feed in the 57th and picked up his second goal four minutes later.

Son has seven goals in 14 matches at all competitions this season, including five in four Champions League contests. 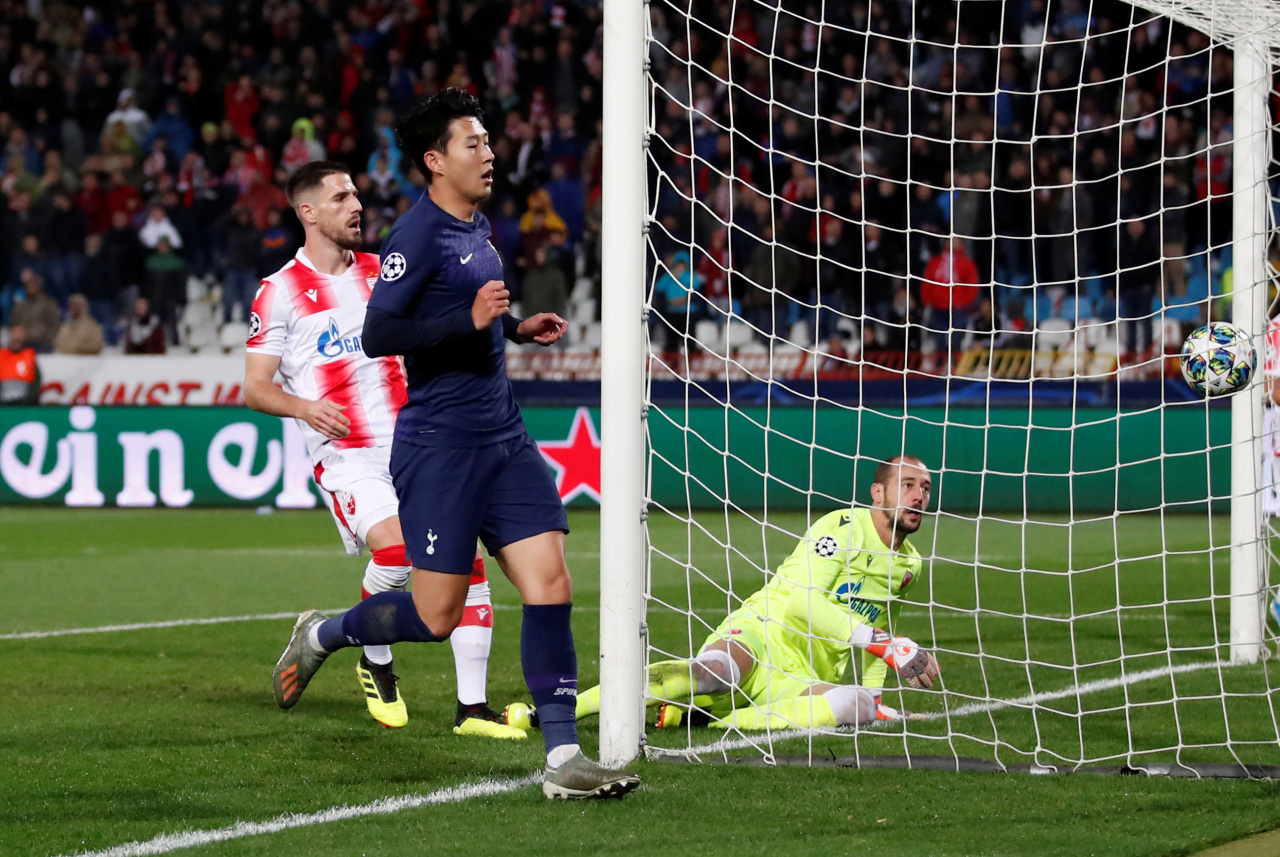 Son Heung-min (Reuters-Yonhap)
Son was playing with a heavy heart, after his hard tackle on Everton's Andre Gomes led to a fractured dislocation of the Portuguese player's right ankle last Sunday. The visibly distraught Son, who was shown a straight red card, was inconsolable in the aftermath and reportedly remained in a state of shock Monday. But Tottenham won an appeal against England's Football Association over Son's three-match ban in the Premier League, and the player also made the trip to Belgrade for the Champions League contest.

After scoring his first of the match, Son brought his hands together in an apparent gesture to wish Gomes a fast and complete recovery. (Yonhap)