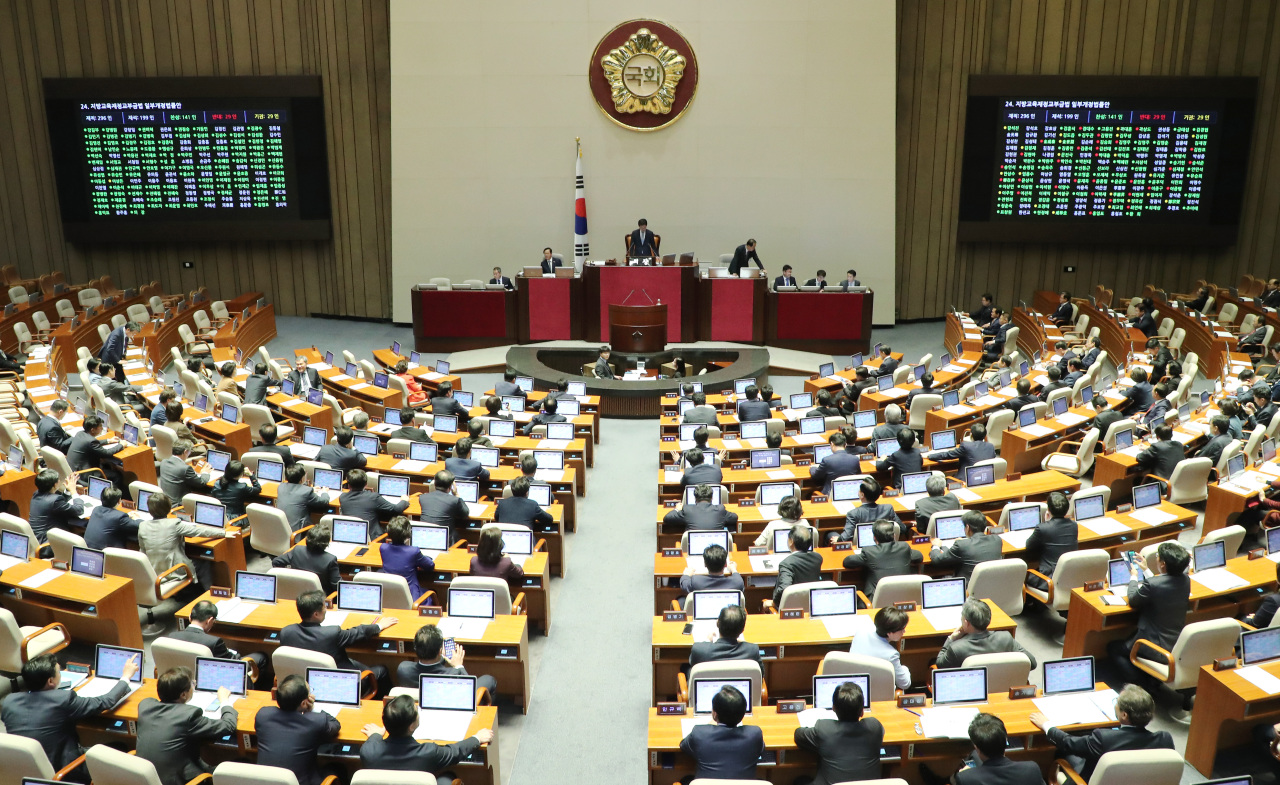 Sponsored by Rep. Kim Kyung-hyup of the ruling Democratic Party of Korea, the motion calls on the two Koreas, US and China to declare a formal end to the Korean War and to start discussing signing a peace treaty.

“We need the resolution to facilitate denuclearization and help usher in peace in the Korean Peninsula,” said Kim, the head of the parliament’s Special Committee on Inter-Korean Economic Cooperation.

The resolution urges the US and North Korea to make progress in their nuclear talks while encouraging both Koreas to improve inter-Korean relations. The two Koreas, which remain technically at war without a peace treaty, have seen armed skirmishes since the war ended in an armistice.

At the inter-Korean summit in April 2018, President Moon Jae-in and North Korean leader Kim Jong-un agreed they would declare a formal end to the Korean War by that year. They said they would replace the armistice agreement with a peace treaty.

However, the two leaders have yet to deliver on their promise amid rocky inter-Korean relations since then.

The US Congress has also recently discussed a declaration to end the war. In July, US House Rep. Ro Khanna, D-California, spearheaded the passage of an amendment to the National Defense Authorization Act now pending Senate approval.

The amendment, for the first time in US Congress history, supports an end to the war. The amendment holds that the United States should achieve the “denuclearization of North Korea” and an “end to the 69-year-long Korean War.”

“It is time that we end the hostilities with North Korea through bipartisanship and find peace,” Khanna said.